Newport, Oregon:  Our exciting adventure for the day was to visit the Oregon Coast Aquarium. Unfortunately, we were not the only tourists with this agenda - the aquarium was very crowded.

Of course, we fell for the souvenir photo scam: 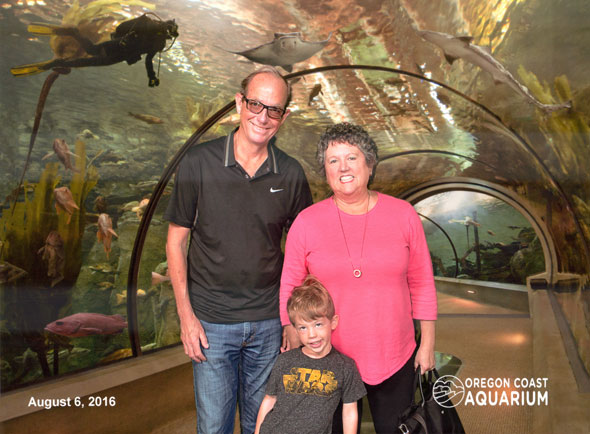 Happy we did, because when we entered the walk-through undersea tube, it did not look like this photo. It was packed with people. Leo really liked the "Passages of the Deep" tube though - especially when a shark swam over his head. Very exciting stuff.

We looked through many tanks filled with beautiful fish. I snapped a few photos, but there was no time to read informational signage with a five year old to keep track of in a crowd. 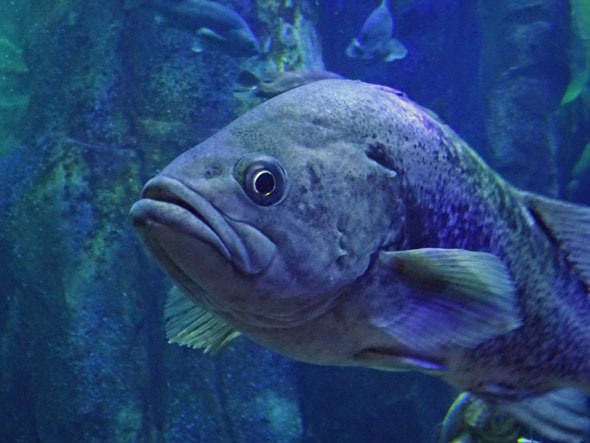 It seemed less claustrophobic around the outdoor exhibits. Leo especially liked the aviary, where many shore birds were nesting. We saw glimpses of several just-hatched Murres, Black Oystercatchers and Tufted Puffins. 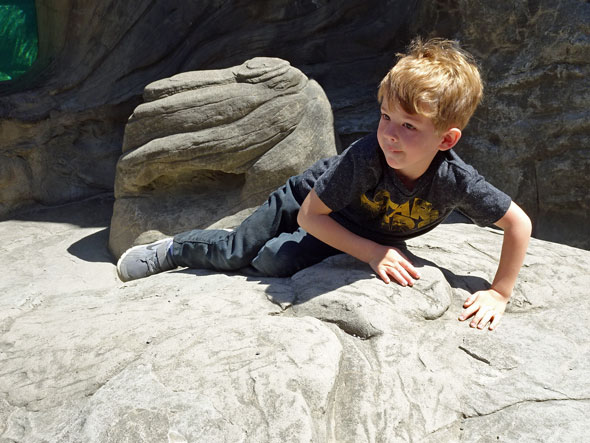 The aquarium has "rocks" everywhere and everywhere there are signs stating: DO NOT CLIMB ROCKS. Poor Leo.

He did get up-close and personal with a Harbor Seal: 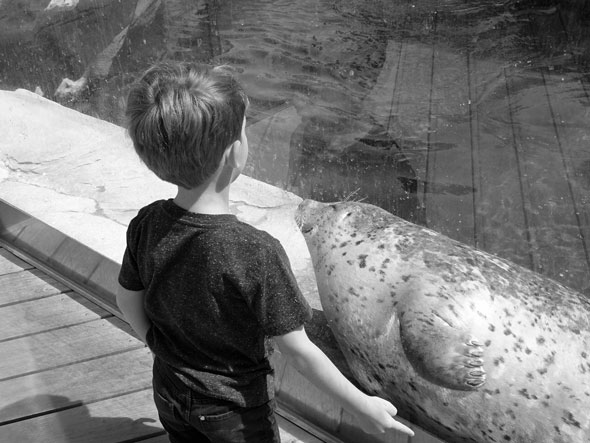 The playground was finally a place where our Sir Edmund Hillary could climb around to his heart's content. 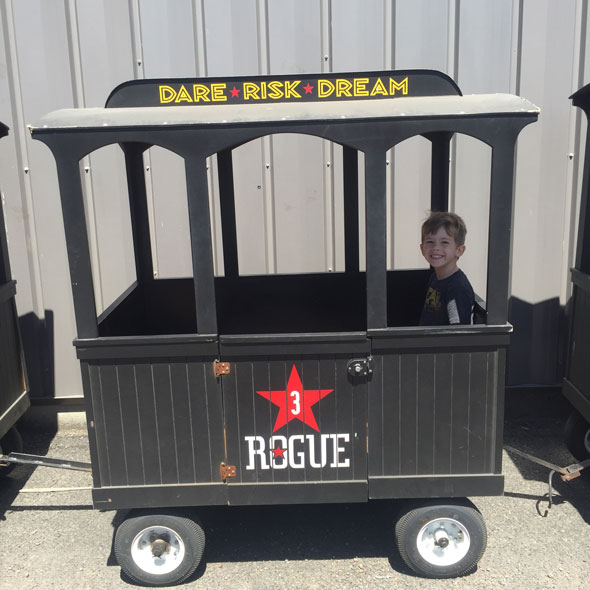 Our fish & chip lunch stop today was to the always-good Rogue Ales Brewer's on the Bay. The place was also packed (it is across the street from the aquarium - dolt!) and though service was very slow, we had good meals. Actually, the service was so slow, our server brought Leo a teeny packet of goldfish crackers to ward-off an impending meltdown. 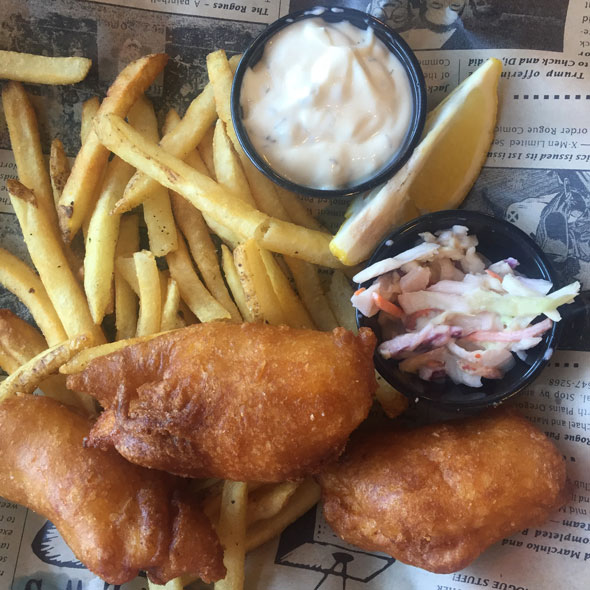 While Dave was waiting for the check, I took Leo outside. There were several men at a cleaning station, filleting fish they had just caught. One man was expertly cleaning a 40-pound halibut. The fish was over four feet long. Leo was mesmerized. He was quiet, watching the process. Then he started asking questions. Why is there blood all over his hands? Is that guts? Where is the eye? The men were busy, but took time to answer his questions (both men were wearing University of Oregon apparel, so we liked them already). Leo told the fishermen he liked sushi and the man offered Leo up a slice, with bloody fingers! It was quickly declined.

The rest of the afternoon was spent at the outdoor pool at the RV resort. It was so warm and nice - and the pool is completely surrounded by wind-blocking glass. 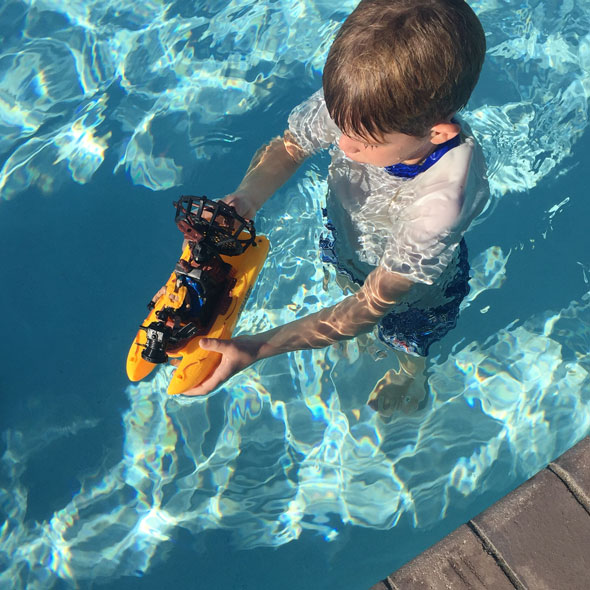 Someone may have acquired an undersea adventure set at the aquarium gift shop. 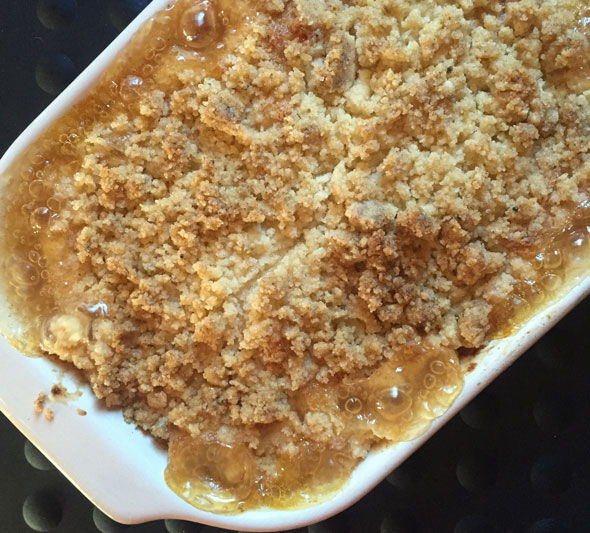 I baked a peach cobbler/crisp thingy this afternoon. No recipe and just to use what I had on-hand, but it was really good.