London, England: We were typical tourists in London today, enjoying the highlights of this Great City and we walked all day - clocking-up the highest daily mileage of the entire trip. 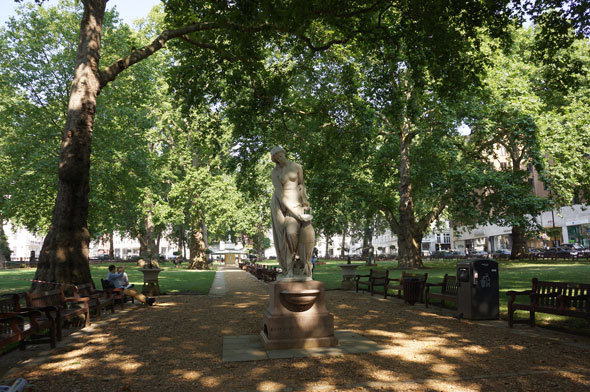 Our day started in Berkeley Square - a pretty tree-lined park with a near-perfect quarter-mile oval. 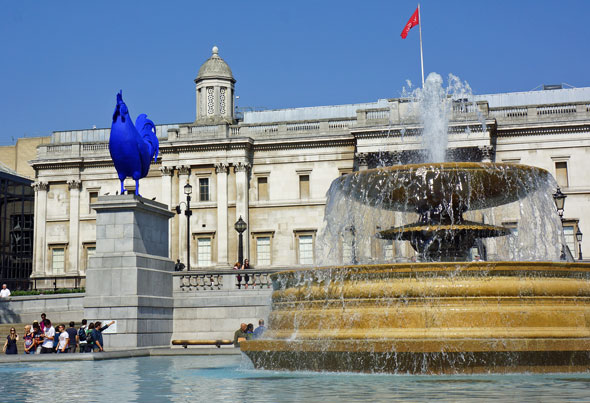 We then walked through Piccadilly Circus to Trafalgar Square
and spent a few hours in the National Gallery inspecting 18th century paintings. 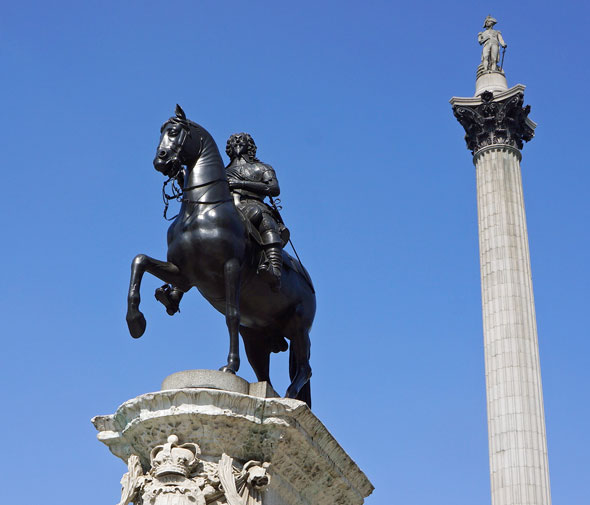 It is interesting to me, as an American, that we are so interested (and some-what obsessed occasionally) with England and the Monarchy - when 200 years ago all we wanted to do was distance ourselves from England. 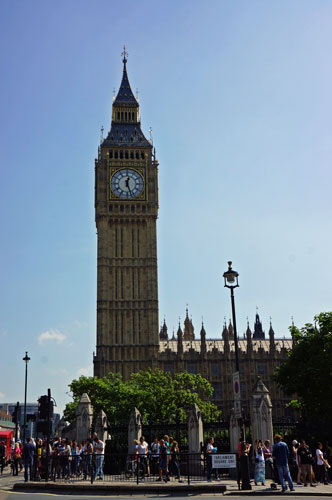 Our route continued past Big Ben 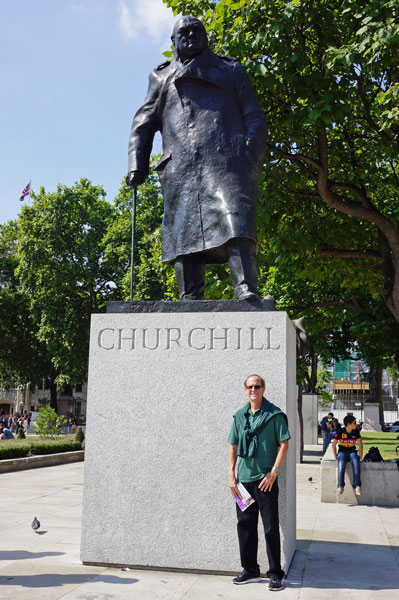 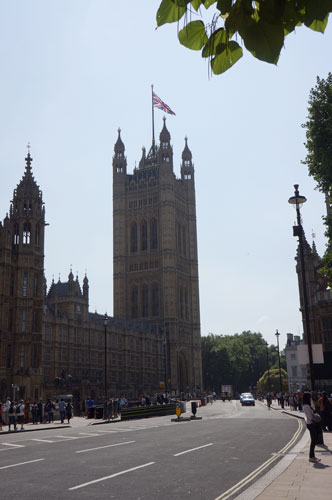 A bad photo of Parliament 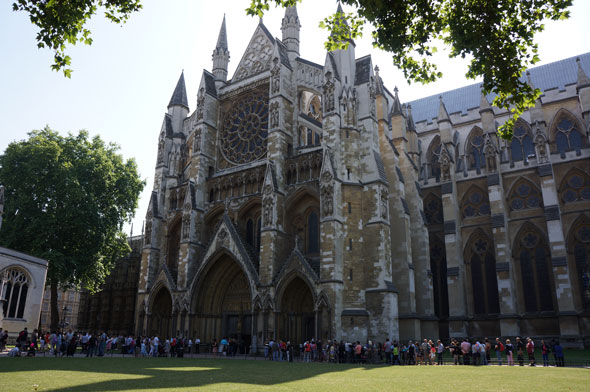 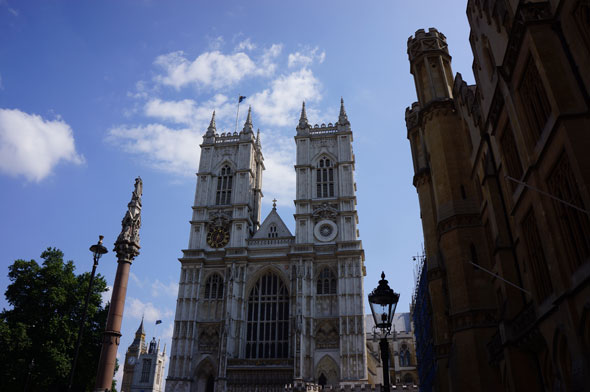 Finally, it was nearing one o'clock, so we popped ourselves into one of the three zillion pubs in London and ordered a pint and (of course) fish & chips. 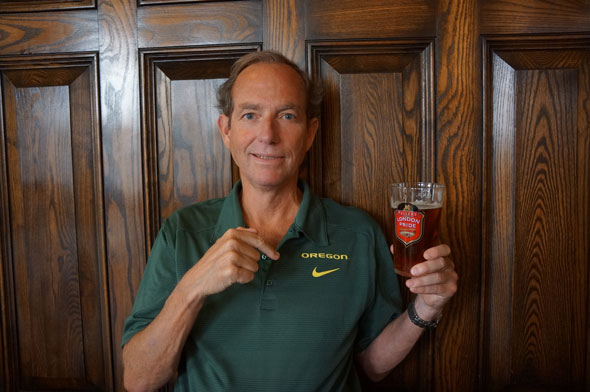 Pussy cat, pussy cat, where have you been?
I've been to London to look at the Queen. 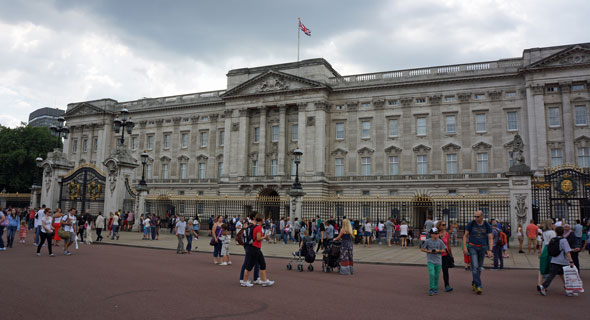 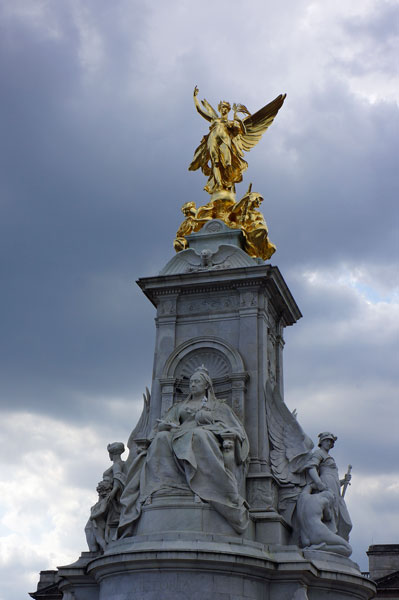 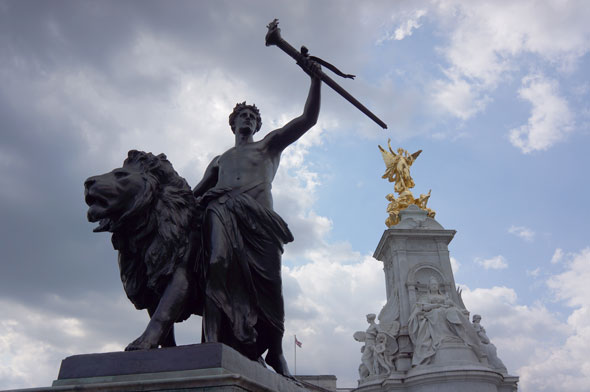 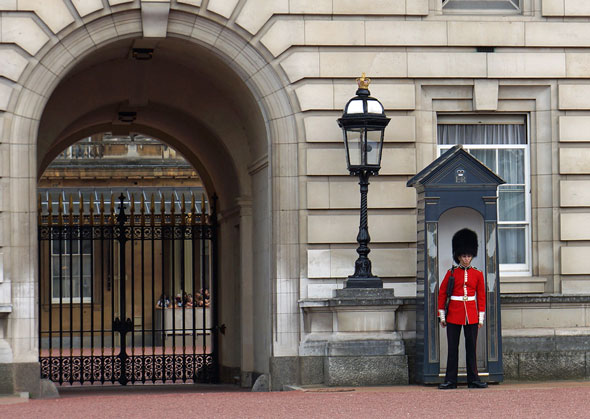 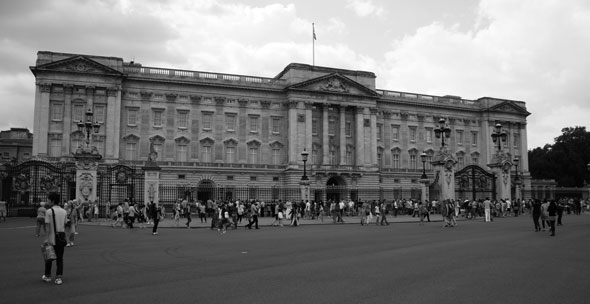 A visit to Buckingham Palace is a must-see if you are ever in London while the Queen is away in the late summer. Many of our English friends have never been to the palace. The tour includes the State Rooms, with miles of incredible art and glimpses into the "official" part of the palace.

This year marks the 60th anniversary of Queen Elizabeth's rule and the tour includes a fascinating exhibit about her coronation in 1953 (before I was born!). Most interesting to me were her coronation gown and the amazing jewels and crown she wore during the three-hour ceremony. (Of course, photography is not allowed inside the palace.)

Honestly, I don't know why DT and I did not think of this brilliant marketing plan. I am here to announce that this fall, when we head south in the RV for the winter, we are going to open our home for tours. We will ONLY charge $25, and we will allow access to all public rooms, my wedding dress and a few random platters, and then visitors can access a gift shop (through the garage) and purchase all sorts of tacky stuff at deeply-discounted rates that will hopefully fund our winter in the desert.

It's good to NOT be Queen. 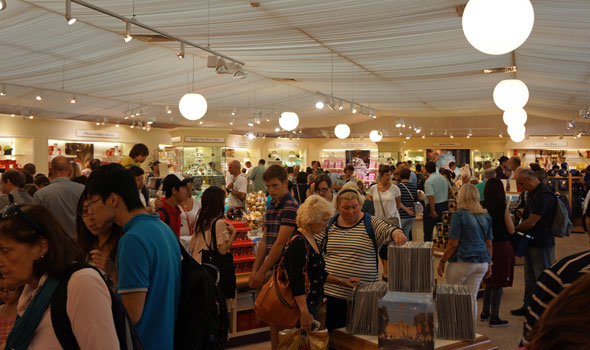 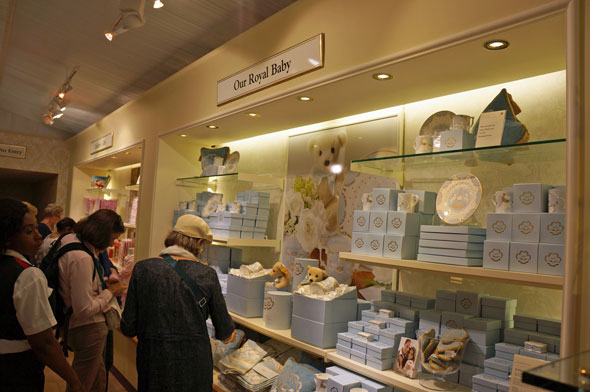 Prince George doesn't even know he is famous. He can't be a month old, and already has a business empire!

It's good to be the future King! 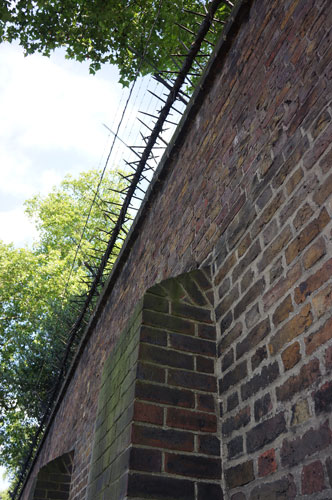 But don't try to sneak into Buckingham Palace -
they are serious about protecting The Queen.
Ouch.

Lady Katharine and Simon (they are now engaged) met us at our hotel for a drink before we went via taxi to Clos Maggiore for dinner. The meal was excellent, the restaurant was enchanting and our dining companions could not have been more charming. 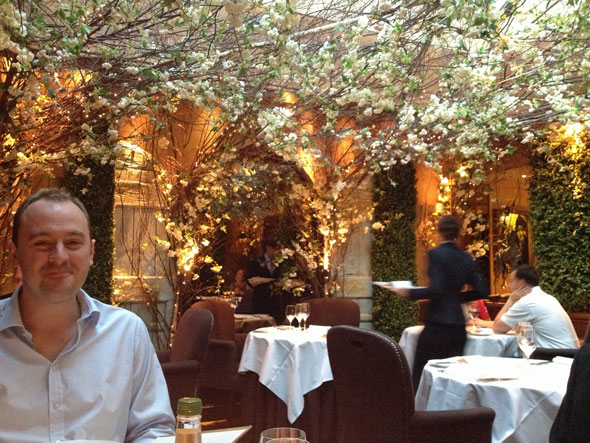 Such a pretty dining room (Simon at left) 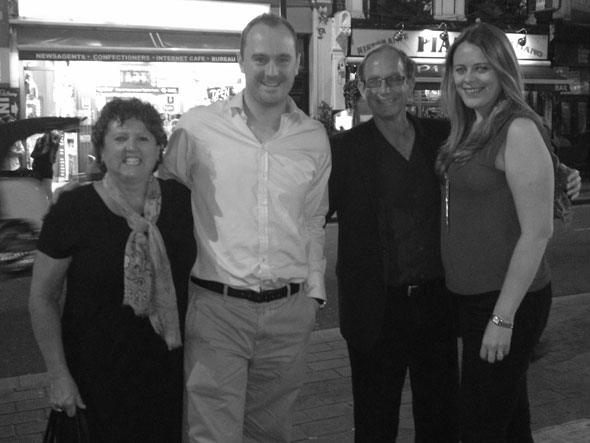 Photo taken with my iPhone by a tourist getting on the tube!

Pedometer: 20,252 steps, 8.63 miles. After all the touring we have done in Europe this month, today marked the highest mileage of the trip. I get extra-credit for walking back to the hotel from dinner in heels and DT gets super-extra-double-triple points for jogging five miles around Hyde Park BEFORE dinner!

Until my next update, I remain, your Royal correspondent.

« The Slow Boat to London Back to Leo »