The Slow Boat to London 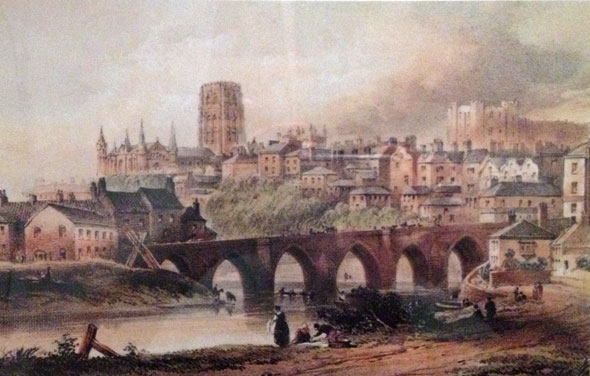 This amazing print graced the bathroom in our Durham hotel

London, England: Kathy sat with Ailise this morning while DT and I enjoyed a quiet brunch with Kelsey & Brian before the kids drove us to Durham Station to catch a train to London. Though our stay with the young couple was short, we are so happy to have finally been able to see where (and how) they live in England. It really makes all the difference in the world to be able to place Kelsey, Brian & Ailise in their home and town. Thank you so much for letting us invade your weekend. We will be spending the two next weekends with Kathy.

We arrived to the station with plenty of time to catch our train, but learned after a few moments the train would be late arriving. We waited. We asked. We waited. We asked. Finally we learned the train would be delayed over an hour. I had read the magazine I had for the journey before I boarded the train. When our train finally arrived, we found our seats and proceeded to sit on the tracks for another 30 minutes... and when the train did leave the station, it stopped several times and sat on the tracks for 20-30 minutes at a time.

The conductor (or someone) kept announcing the delays over the intercom, always apologizing profusely in a very heavy Northern England accent (over and over again) and explaining something about having to switch "diesels" (we think this meant engines, though I am fairly certain we were riding on electric train cars). A few times, after perching on the tracks somewhere, the train actually reversed a few miles!

Worst thing - no food, drink, or even water was on board the train. 14+ cars filled with children and adults. Nothing to eat or drink. Dining car closed. No vending machines. Finally a few cases of water were taken-on at a small station and was kindly handed-out (free) to the passengers. It was like we were on a train through the desert in a third-world country.

Later, an announcement came over the speakers telling us we were all entitled to a full and complete refund of our ticket price. Nice, but it wasn't going to help all the people missing their connections. Passengers were on their mobile phones, talking to relatives, friends, etc., trying to make new travel arrangements.

Luckily, DT and I had no plans for this evening. No one was meeting us at the station. No dinner reservations. We only had a hotel reservation. 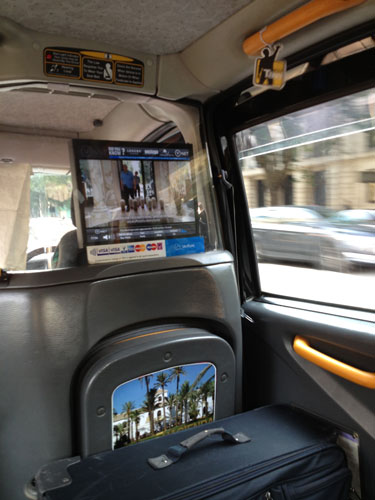 We caught a taxi from Kings Cross Station to our hotel. It has been too long since we have been in a London cab. Goodness, they now have live television (with a remote control for the passengers) and the driver can speak to us (and hear us) via an intercom. Do I need to get out more? Is this normal everywhere?

We arrived to our hotel and apparently (several months ago) I had booked some sort of honeymoon package or something for ten quid additional that included free breakfast, afternoon tea and a bottle of champagne upon arrival. I have no recollection of this, but was so happy to find a chilled bottle of champagne in our room after our sad travel day. 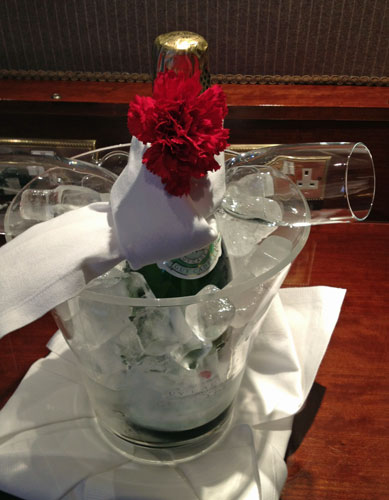 Obviously, I should have been a travel agent! 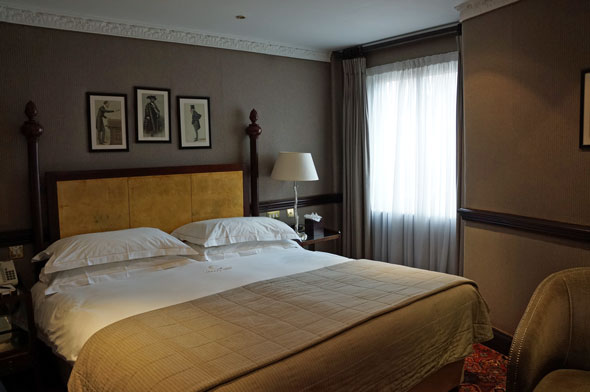 I was also very happy to find this massive bed. We were tired. Probably the most tired we have been on the entire trip. Amazing how sitting on a train for six hours can sap the strength out of us.

After settling-in, we realized we were starving so walked to The Only Running Footman Pub, where the staff recommended their most popular dishes - Fish & Chips or Steak & Guinness pie. We ordered both. 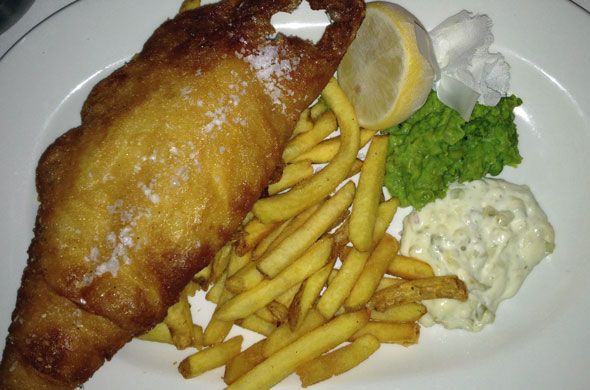 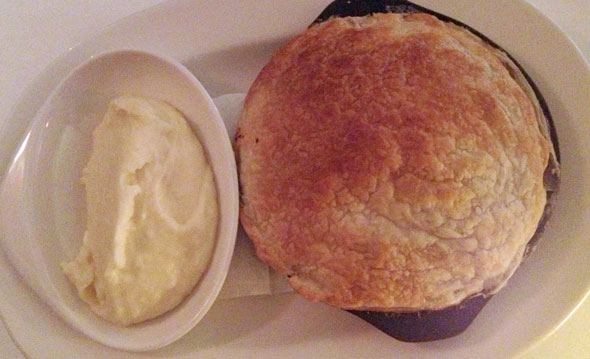 I cannot and will not report my pedometer clicks today. Apparently sitting on a train for over six hours does not rack up a lot of miles on a pedometer.

Until my next update, I remain, your London correspondent.
« Durham Cathedral & Lindisfarne Gospels Buckingham Palace »