Indio, California:  Tamra and Steve, old friends from Portland, arrived last evening. Way past drinks. Way past dinner. We fed them a snack, poured them a glass of wine and sent them to bed.

This morning, after exercising, we loaded into our little Jeep and drove one hour to Borrego Springs to enjoy the day showing our friends amazing metal sculptures, installed by artist Ricardo Breceda, in the desert surround the teeny town of Borrego Springs.

Yes, we brought another couple, Mary & Steve, on this same adventure last month and we will, no doubt, schlep countless other friends to Borrego Springs for this same tour. It is just such an interesting place. We really need to hire ourselves out as tour guides. 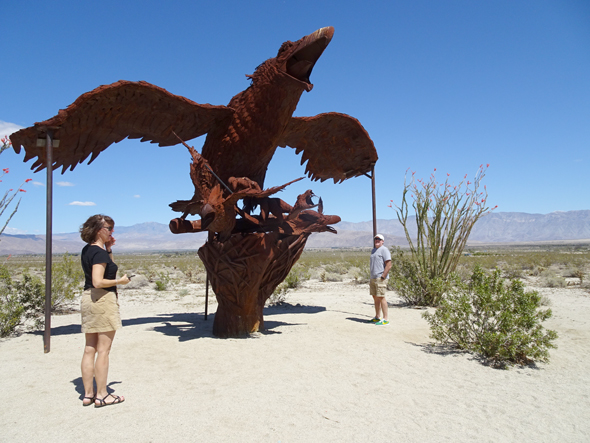 Tamra & Steve view a statue of a prehistoric eagle 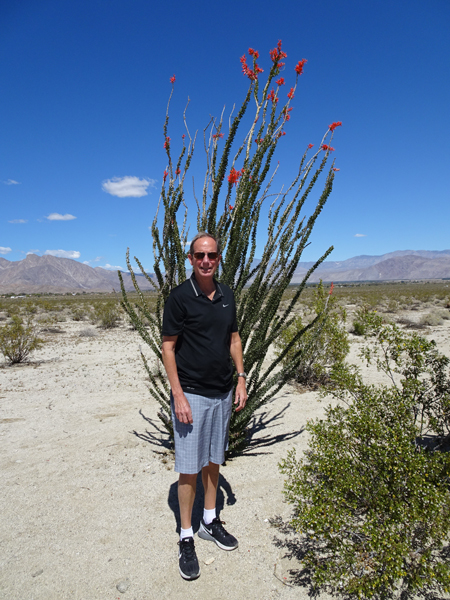 My Driver, under a blooming ocotillo 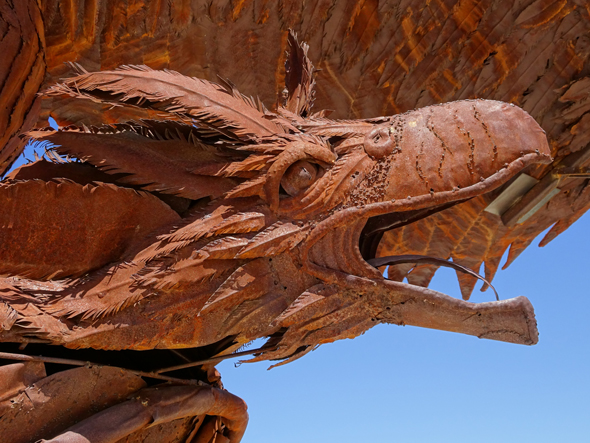 After exploring sculptures south of town, we drove to the patio restaurant at La Casa del Zorro resort for lunch. La Casa de Zorro (house of the fox) was recently renovated and modernized, preserving the splendor of the 1930-era resort. It is simply stunning - and we had a great lunch on the shady patio overlooking the rose garden. 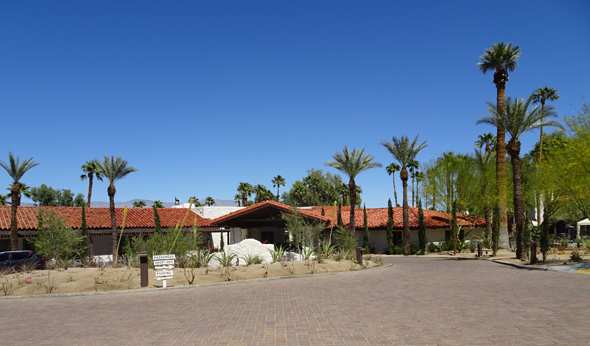 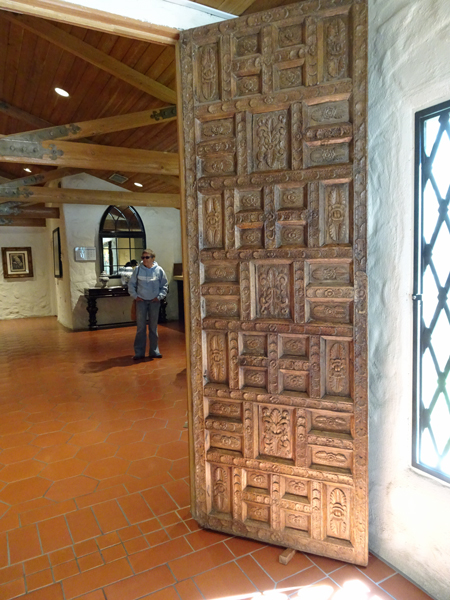 More art-installation exploring after lunch... Tamra flirted with my boyfriend, who is now sporting an Oregon Duck baseball cap. 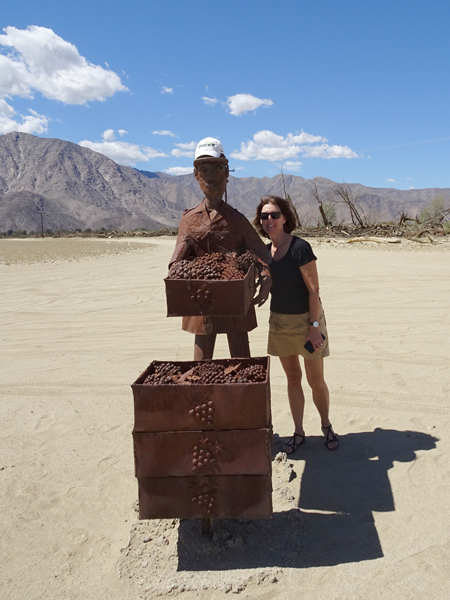 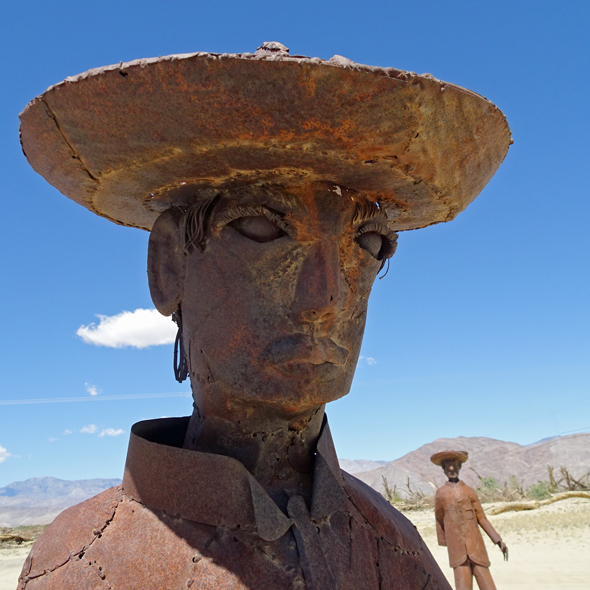 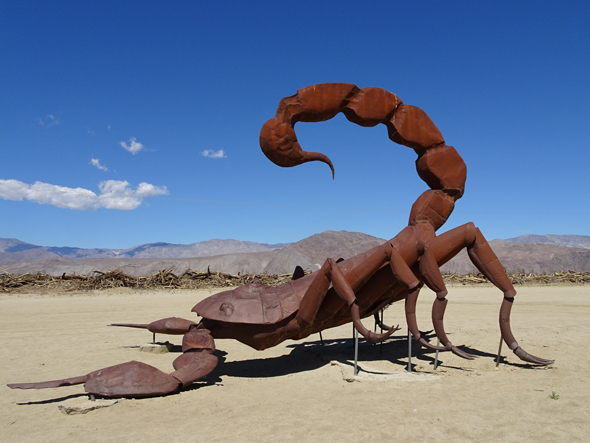 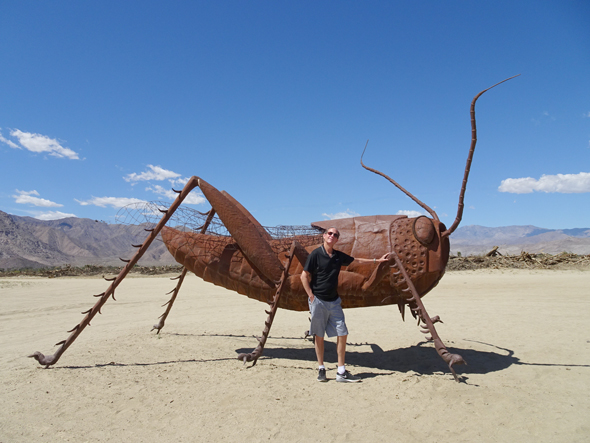 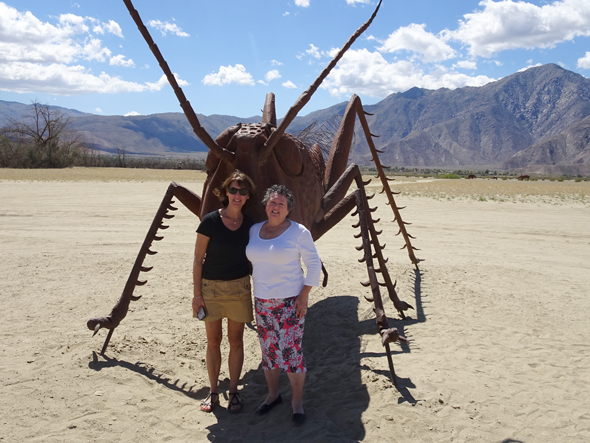 Tamra and Terry - friends for over 30 years now 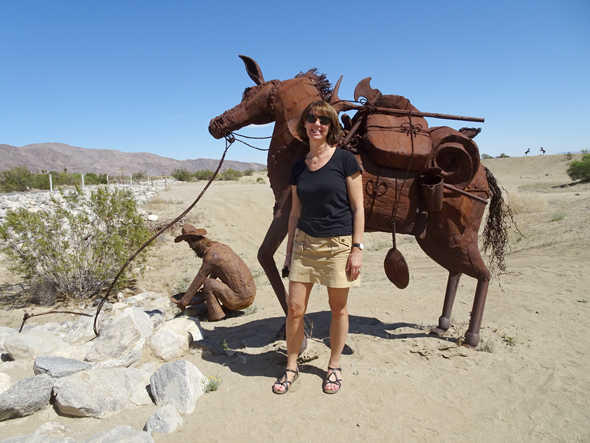 Tamra, with a prospector and his trusty steed

The most magical piece is a 350-foot-long serpent that appears to be slithering up and down while crossing the road. 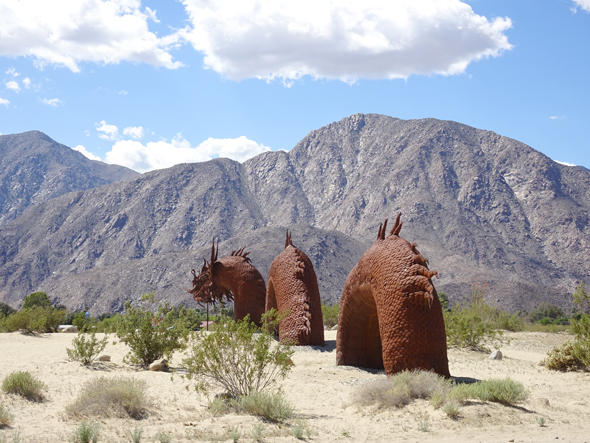 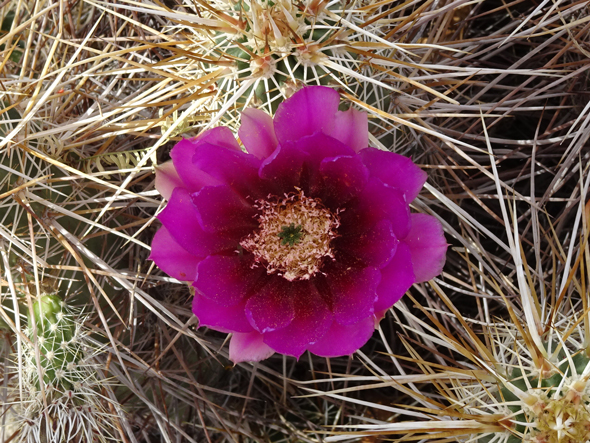 We returned to our little campsite in Indio around 5p. The guys grabbed their sticks and played a few holes on our resort golf course. Tamra and I relaxed and watched The George Washington Colonials (Lisa's alma mater) win the NIT tournament. GO GW!

Dinner was ready, as I spent at least ten minutes this morning putting Salsa Chicken Chili together in the slow cooker... which left plenty of time for a Scrabble tournament after dinner. 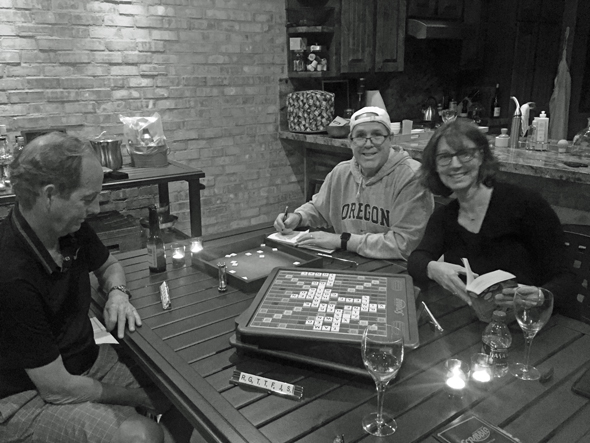 I don't want to brag, but no one in this photograph won the Scrabble tournament.

Until my next update, I remain, your touristy correspondent.