Track Town USA: Wait a minute... weren't we last in Seattle? Yup. But we took the train back to Portland yesterday and now find ourselves back in Eugene where we watched the college cross country races at the Bill Dellinger Invitational this afternoon at the Springfield Country Club. 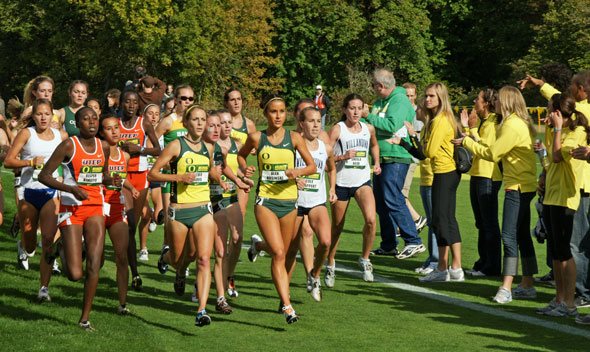 University of Oregon women race at the Bill Dellinger Invitational 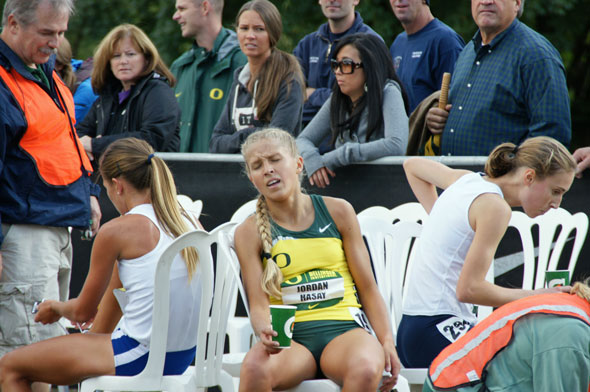 Welcome to the Big Time, Jordan 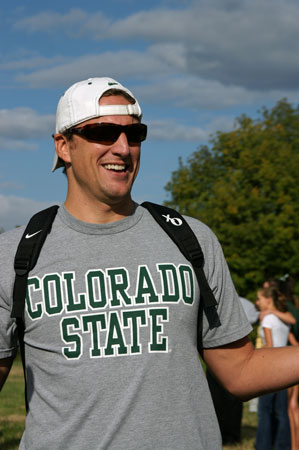 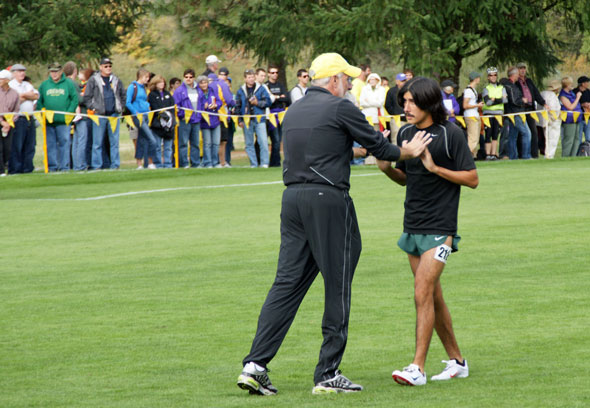 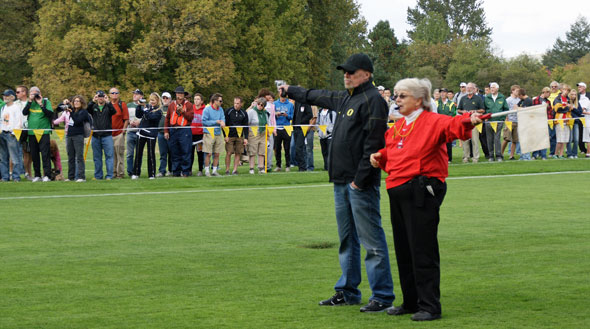 Early in the race, Luke Puskedra and Kenny Klotz lead for the Ducks 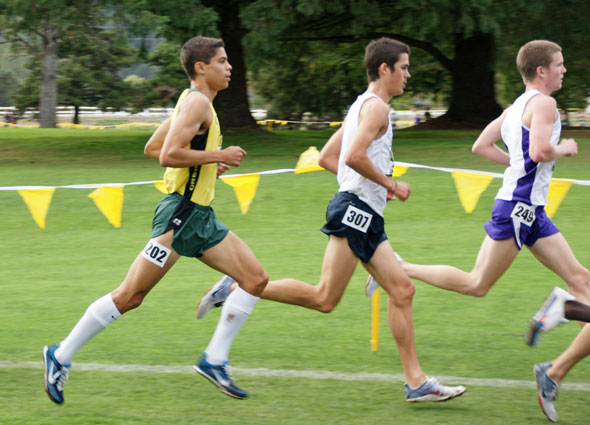 Like Father Like Son? Matt Centrowitz, Jr. (#202) races for the Ducks. Centrowitz would be the first Oregon finisher. His Dad was DT's teammate in the olden days. 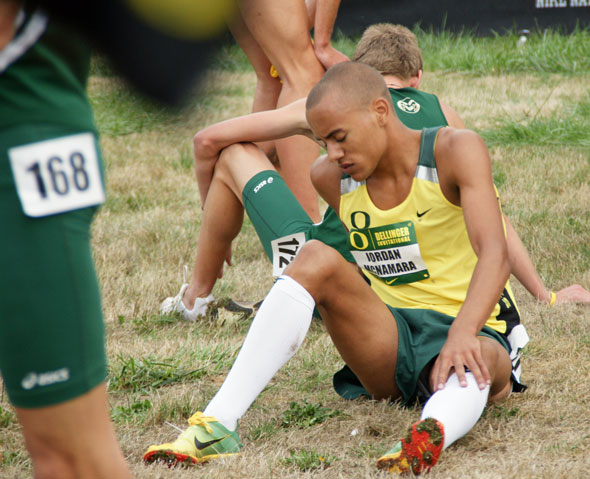 It is a long race for a miler

After the college race, the kidlets had a go on the cross country course 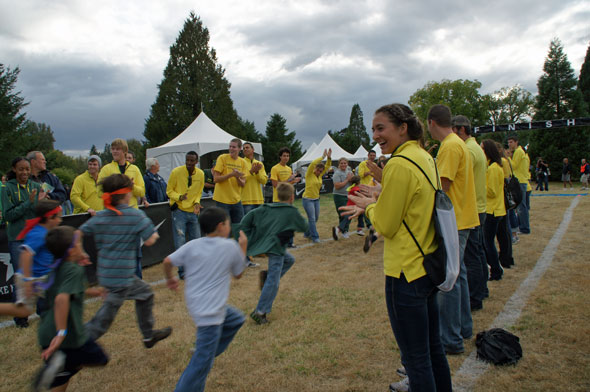 The kids were encouraged by the University of Oregon track team 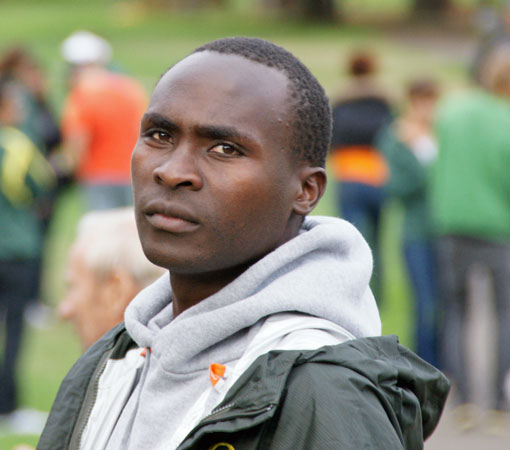 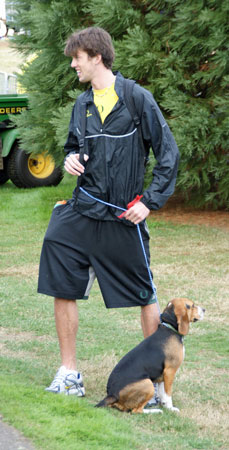 The Duck women were 2nd and the men were 3rd at the 2009 Bill Dellinger Invitational. (Bill Dellinger, long-time Oregon track coach and Olympian, was DT's coach when he ran at the U.)

Another great day of college sports... hopefully only to be eclipsed by tomorrow's huge win in football over the Washington State Cougars. (Hmmm... how many sporting events can a girl attend in a week?)