Big Day in the Big City

Los Angeles, California: Lisa and Leo are feeling so much better after two days of Bubbe's home cooking on antibiotics. Leo is still pulling on his ear occasionally, but isn't letting a little strep throat/ear infection stop him from causing all sorts of chaos and nothing seems to stop him from constant movement. He is no longer contagious. 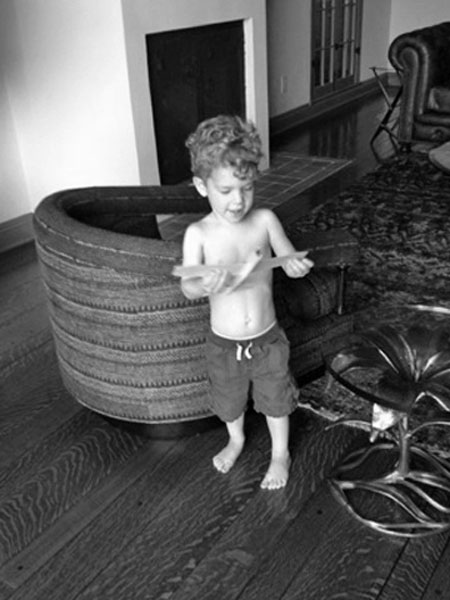 Our friend, Don, gave Leo an old-fashioned pop-together balsa-wood airplane last week while the kids were in Indio. I had the great idea that it would be fun to sail the plane from Lisa & Lenny's second-story front porch. Turns out, I am not exactly the sharpest crayon in the box. On her Maiden Voyage last evening, the plane sailed out over the driveway, crossed the street and landed in the neighbor's garden. Impressive! 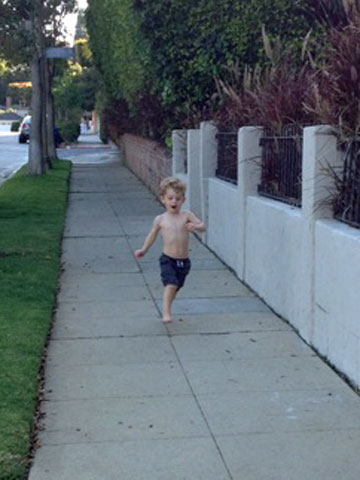 We retired to the back garden, and switched from aviation to baseball. 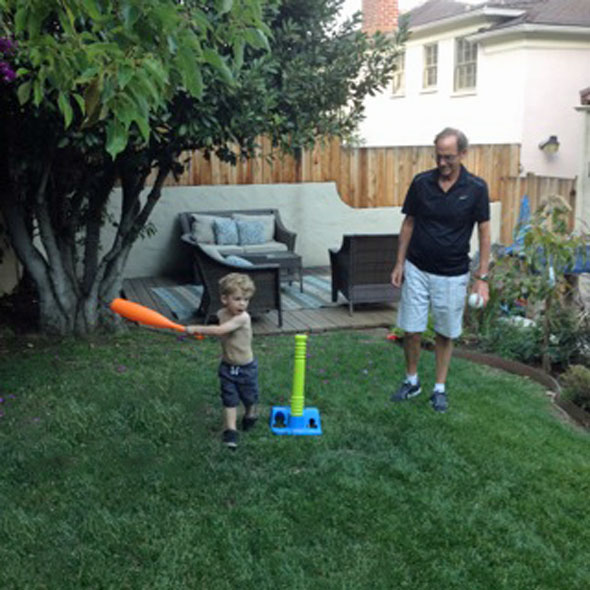 I swear, they feed him.

Leo has gymnastics class on Tuesday mornings. Many of the girls in his posse are in the class as well, so DT and I had a great time seeing Leo's little friends and their parents again. Leo really likes the class and is impressively agile, quick and strong. 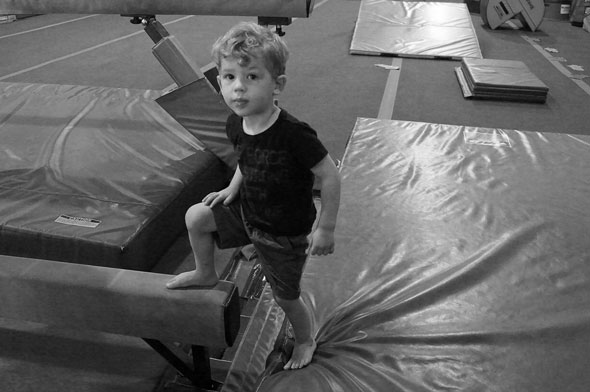 After class, we drove to the Griffith Park Observatory to take in the vistas. The setting is quite lovely, but it was very hot today and the park was really crowded.

Photos of the Observatory, the HOLLYWOOD sign, a Downey-headed Woodpecker,
a very tired, hot and hungry toddler, and the view to downtown Los Angeles.

As long as we were in the area, we had lunch at one of the little restaurants at the base of the observatory where all the hipsters dine on turkey bacon, and you have a pretty good chance of sitting at a table next to a television or movie actor. 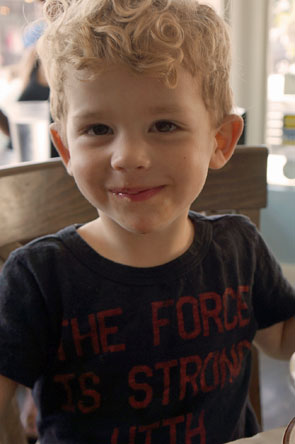 Shirt reads: THE FORCE IS STRONG WITH THIS ONE

I didn't recognize any movie stars in the diner today, but a certainly little curly-topped blonde was getting a lot of attention from admirers... and Bubbe Paparazzi.

We were rewarded/thanked for our help this week. Leo's godmother, Angela, came by to sit with him while Lenny and Lisa took us to dinner and a show. Double-date! We went to sushi at Izaka-ya and then to a (fundraiser for Lisa and Lenny's temple) comedy show starring Sarah Silverman, Jeff Ross, Nick Kroll, Kumail Nanjiani, and Amy Shumer. The show was sold-out and we all laughed ourselves silly.

Yes, there were a few Jewish jokes.

Thank you, Lisa and Lenny, for a fun night out in Los Angeles.

Until my next update, I remain, your entertained correspondent.