Just a quick update with a few photos of the bath remodel progress, a photo of Leo and a joke: 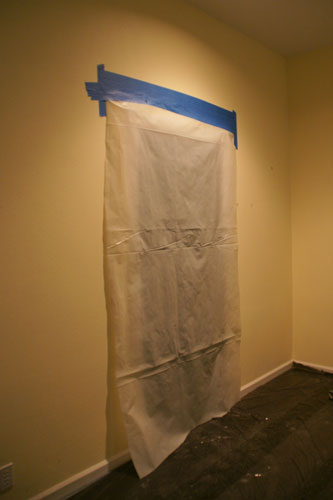 Our contractor arrived on time and started the demolition this morning. We have a dumpster in our driveway!

The carpet outside the bathroom was covered in plastic film - throughout Lisa's bedroom and all the way out the door. A plastic drape was placed across the bathroom door to keep (some of) the dust out of the rest of the house. After the prep-work was finished, John went to work dismantling a 17 year old bathroom. 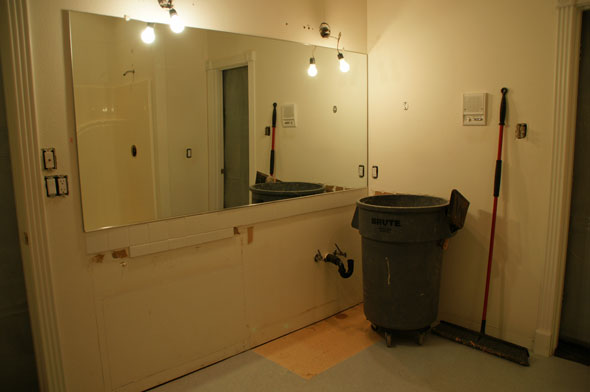 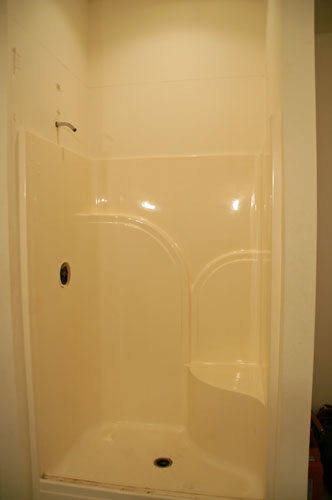 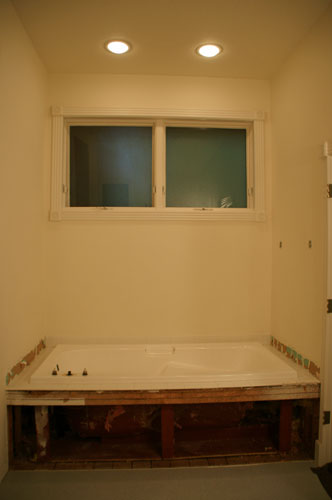 Cabinetry and insulation around tub is no-more. Same with the tile backsplash and faucets. This tub will go to Habitat for Humanity.

Since there was a lot of prep-work, I think one person really accomplished a lot in one day. Hopefully this is a good sign? The weather was not a good sign - terrible winds and rain all day!

Lenny's team, the Washington Redskins, were playing against the Dallas Cowboys on Monday Night Football. We should have known - this family seems to have bad luck in Cowboys Stadium. Dang. Well, at least the guys were together on the couch in Los Angeles, watching the Redskins lose. Another phone photo: 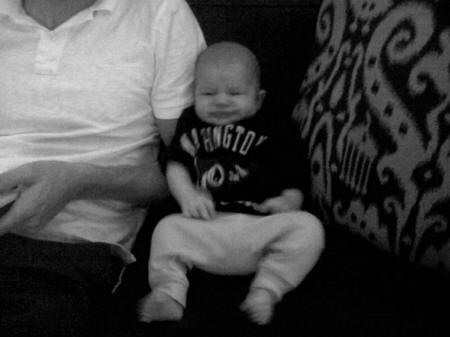 At the rate he is growing, I think Leo will be able to suit-up for the Redskins next season. The Chunky Monkey is eight weeks old tomorrow! At the speed Leo can move his hands and feet, I'm thinking he will be a wide receiver???

And lastly, I leave you with this joke, origin unknown: 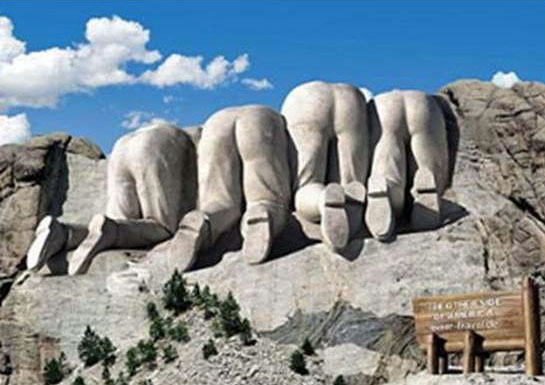 Rarely mentioned in the tourist guide books - here is the back-side of Mt. Rushmore.

Until my next update, I remain, your entertaining correspondent.
« Ducks Win, Ready to Remodel, E.T. & Pasta Our Rosh Hashanah Table »