Or, how I spent a few hours this afternoon.

For some reason, I have been on an eggplant kick lately. I suppose it is better than a chocolate kick or a vodka kick... but I want to make a nice baked eggplant dish. And for some reason, I have decided grilling the eggplant before baking gives it a nice texture and delicious flavor and saves that messy "salting in a colander" step.

So this afternoon I constructed a very time-intensive eggplant casserole. 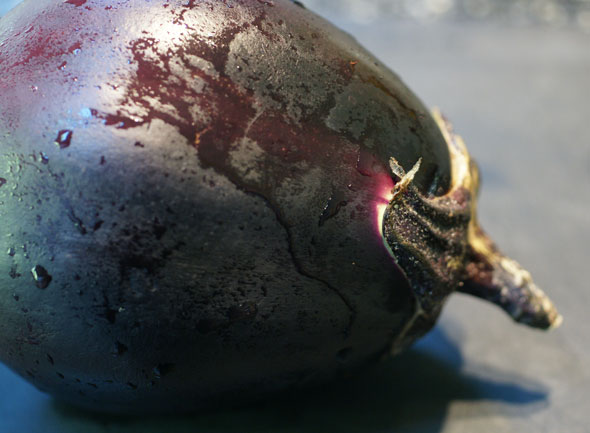 First, I used the flames on my gas stove to char the outside of a red pepper, placed it in a paper bag and let it steam for about fifteen minutes. Then I removed the charred skin, seeded the pepper and chopped it up. While it was steaming, I sautéed two large shallot bulbs and two cloves of garlic in a little olive oil until they were caramelized. 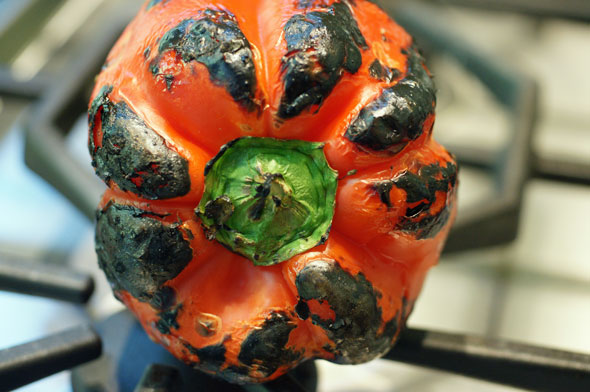 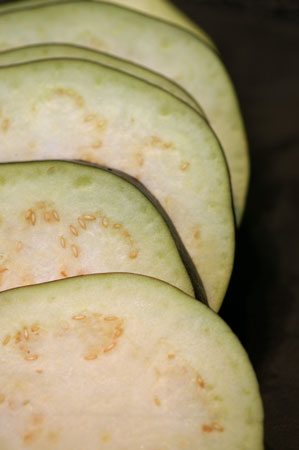 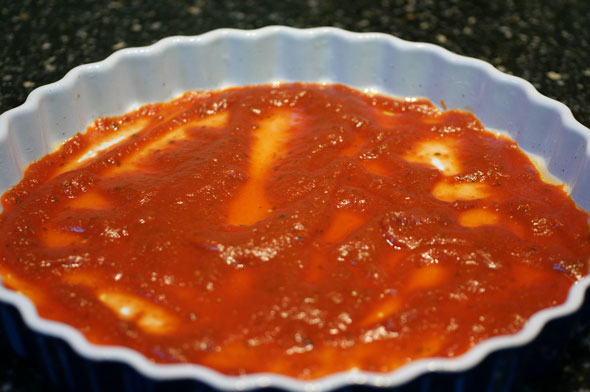 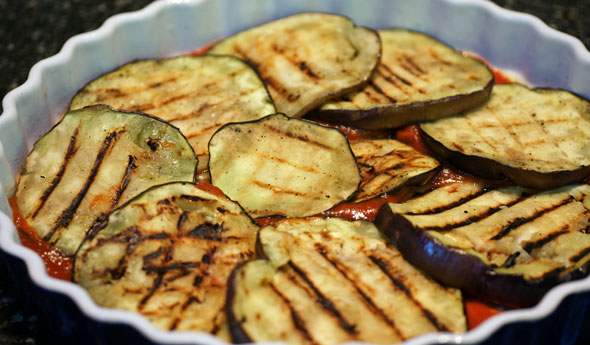 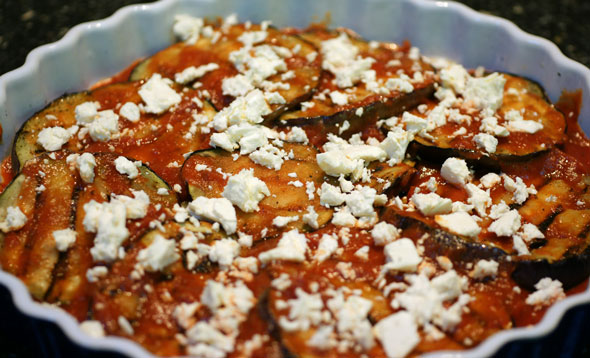 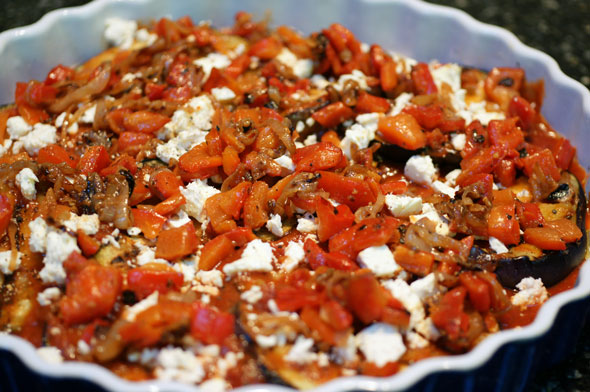 Next, the roasted red pepper, shallot and garlic mixture was evenly distributed over the eggplant 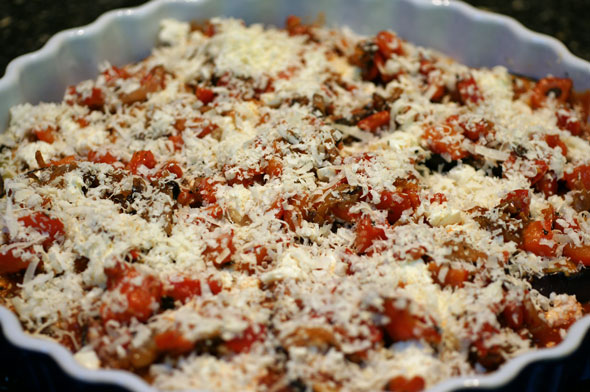 And one ounce of finely grated parmesan was sprinkled over the top. 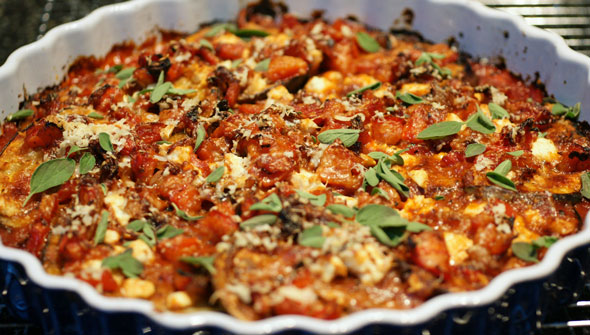 Baked at 400 degrees for 30 minutes, then rested for 5 minutes. Then I tossed a little fresh oregano leaf on top. 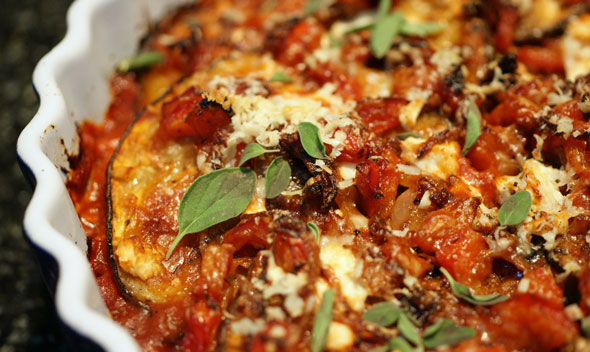 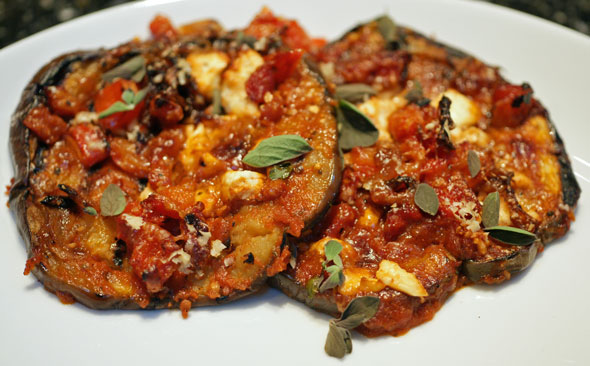 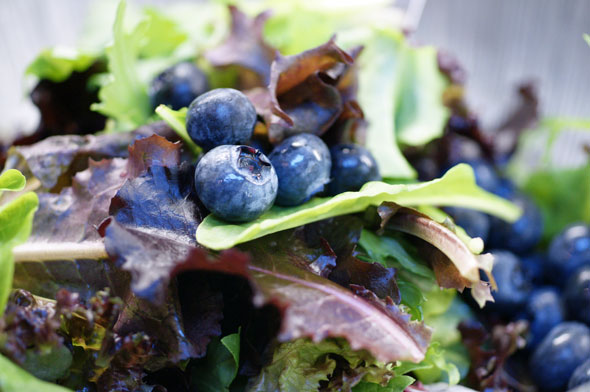 I will not advise to make this eggplant casserole in a RV kitchen. Too many steps... but it was really delicious and would easily feed four as a main (vegetarian) course and six as a side dish. The casserole can be prepared early in the day, refrigerated, and baked before serving. Every ingredient used tonight was organic too!

Until my next update, I remain, your over-worked correspondent.