Back to the track

DT, again, was up early (ran three miles) and headed into his office. I stayed in the bus, and he emailed documents for me to print. I am useful. Later in the morning, I shipped orders and went to check out the rooms we had reserved for Lisa and Steve - both arriving this afternoon.

Mary took me over to Hayward Field at 3pm. I arrived in time to go on DT's late-afternoon walk-about with him, which is always an interesting lesson in public relations. I will never even be able to grasp the intricacies of producing an event of this caliber, but I can certainly understand the respect my husband has earned from the volunteers to the head of security. Everyone loves him. How can they help themselves?

Our daughter Lisa, and Brother Steve Taylor were arriving this afternoon, and in some freak coincidence they arrived at the same time and were checked-into the wrong Taylor rooms at the correct hotel. Several phone calls and suitcase-shufflings later, all was settled and Lisa is now in the honeymoon suite for two nights and Steve is in a "regular old room" for four nights.

Steve and Lisa walked over to the festival and we all went to lunch together. As we walked into the hospitality tent, we saw DT's assistant Rob Vermillion sitting with Andrew Wheating!!! It is so great being old - I went right up to young Wheating and gave him a big kiss and hug and congratulated him over and over about making the 800m team. We talked about his race, the great "Peking Duck" NBC headline and he wanted to see all the photos I took of him on my camera. What a nice boy. What is it with me and 800m runners? Really - I swear I like the five and ten guys. Honestly. But, who can resist that 'Bama bangs action? 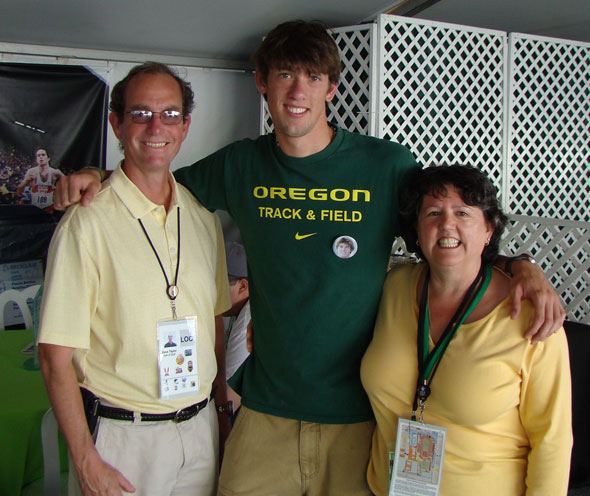 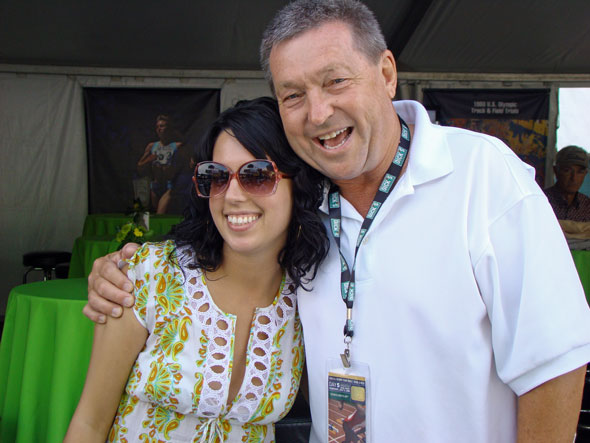 Well, after meeting Andrew, I could have just called it a night... but we had a track meet to watch. We (DT, Steve, Lisa, Dustin and me) went up the LOC skybox to watch the races. Of course, Jeremy Wariner will be representing America in the 400m. The 1500m heats were good and no surprises. The women's steeple was finally over and we no longer had to worry about Delilah. 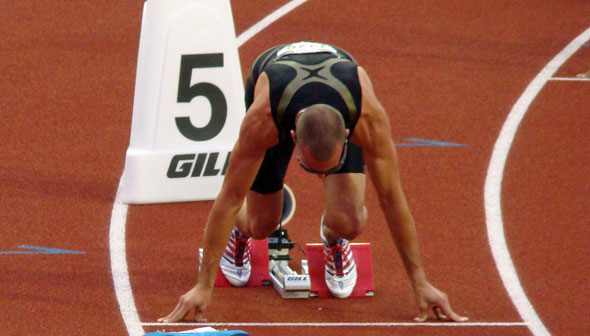 Ok, you have to admit, he is cute. But what kind of awful shoe deal does he have??? 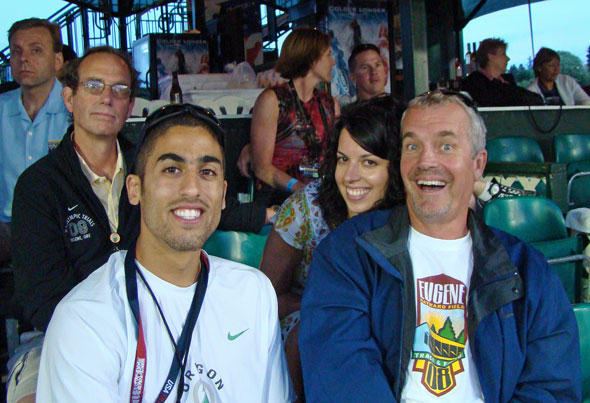 DT, Dustin, Lisa and Steve in the skybox 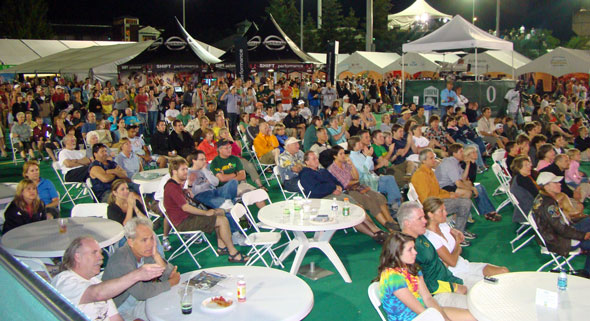 Non-ticketed fans watching the track event on the big screens. The festival is officially a success. 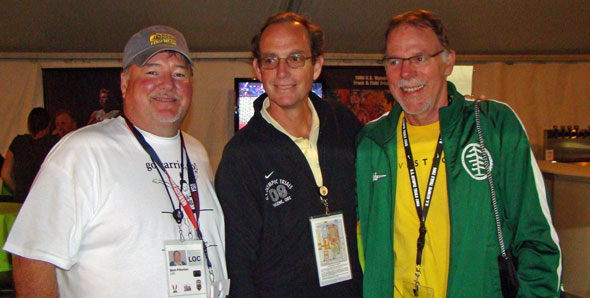 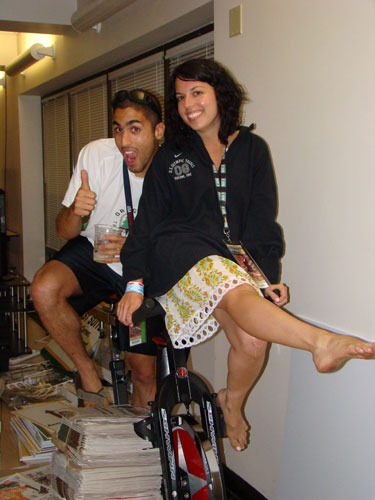 Dustin and Lisa pose in the command center

Too much fun for me. DT and I came home and went to bed.

Pedometer: Obviously stolen. Consuming gallons of wine certainly could have nothing to do with with me losing my pedometer on Monday night. It had to be Pappas. Or, maybe Clay? Hard to determine at this time which medal-winner was the pick-pocket. The entire sequence is on video tape and the FBI is analyzing the footage.

Until my next update, I remain, your Motherly correspondent. Continue to Day 8.

« Smoke gets in your eyes Amazing awaits »