DAY 8 | Track Town USA | HAPPY BIRTHDAY AMERICA!! I had a wonderful day, spent with family, watching track & field at Historic Hayward Field. It doesn't get any better than that!

After running a few errands and completing a few computer/printing chores "at home" for DT, I had lunch with Lisa and Uncle Steve at McMenamin's. Honestly, I am over McMenamin's (this week) but Lisa needed her fix. After lunch, Steve and Lisa went back to the hotel to wait for Jen, and I walked to the office to help DT. But today I was not needed. Nothing needed to be printed, sorted, recycled, purchased, delivered, repaired or organized - everything was running smoothly.

Before the races began at 7p, Steve, Lisa, Jen and Dustin met us at the festival and we enjoyed a typical Fourth of July picnic meal provided by the caterers today -hamburgers, hot dogs, BBQ chicken, potato salad, macaroni salad, strawberry shortcake and apple pie!

DT was excited this evening for the hammer final. We all walked over to the hammer ring and watched the competition. The throwers are quite entertaining and the small crowd was very knowledgeable and we quite enjoyed watching the hammer tonight.

View from the hammer bleachers toward Hayward Field 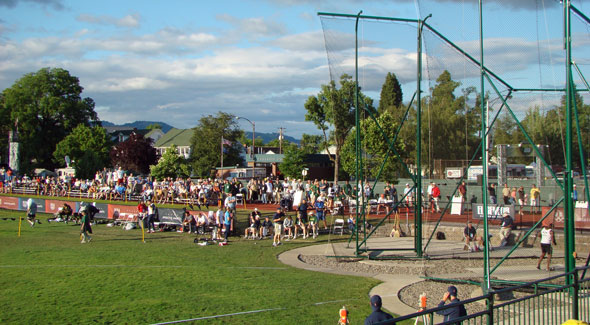 The fireworks ready to go behind the hammer area 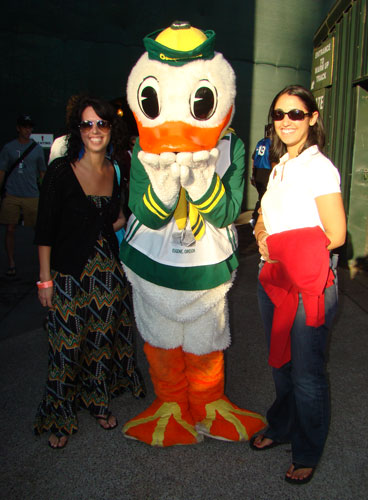 Tonight was nearly magical. I say nearly because it wasn't quite perfect (according to DT; I thought it was perfect). Besides watching Kara Goucher win the women's 5000 and a high school girl, Jordan Hasay, move up in the 1500, tonight was the 10,000m final. (Hasay broke the US high school record and the crowd began a "Come to Oregon" chant!!!) (NOTE added much later: Hasay did in fact enroll in the University of Oregon!)

There were about six men I would have liked to make the 10,000m team. Of course, since I am a very loyal person, my hopes went with Duck Galen Rupp. But because I am, again, a loyal person, I had to cheer for my friend, Abdi Abdirahman. The runners were led onto the field, and as they began to warm-up around the track, a duck flew out of the steeplechase water jump and exited the stadium. Everyone in the stadium took it as an omen. Galen was flying the coop. Heading off to Beijing. Another Peking Duck?

And he did. It wasn't the best 10k I ever witnessed, but Abdi just didn't want to mess around. He led from the start (as he usually does) and (except for a few moments) led the entire race. Abdi ran a workout - speeding up/slowing down at each 200m. Brilliant. Only two men could stay with Abdi tonight - Galen Rupp and Jorge Torres. But Abdi kicked it. He sailed to victory, took a victory lap, took a dip in the steeple water hazard and finished his victory lap before a few (lapped often) men finished their race. Galen was second. The crowd was cheering wildly for the young Mr. Rupp, but... 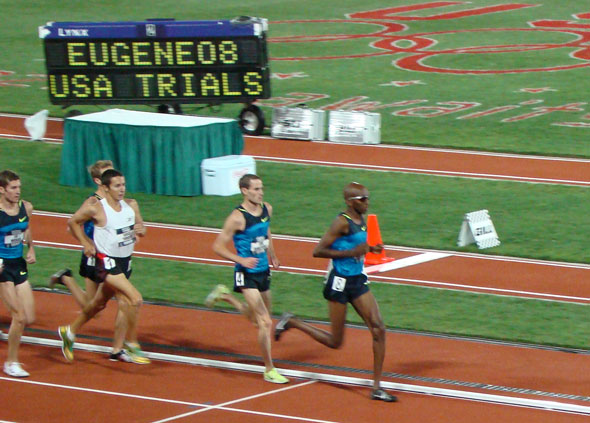 Early on, Abdi takes the lead 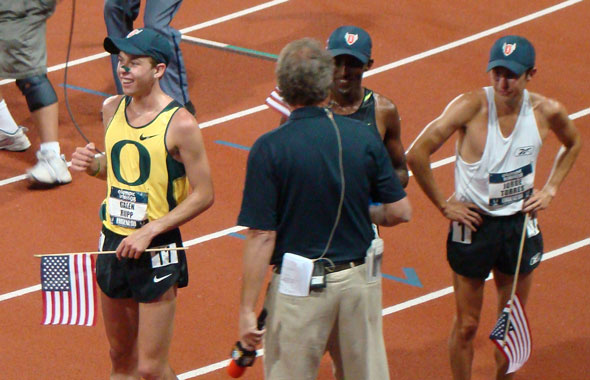 Galen, Abdi and Jorge being interview by NBC after their race. This could be the first time NBC has ever acknowledged distance racing exists. 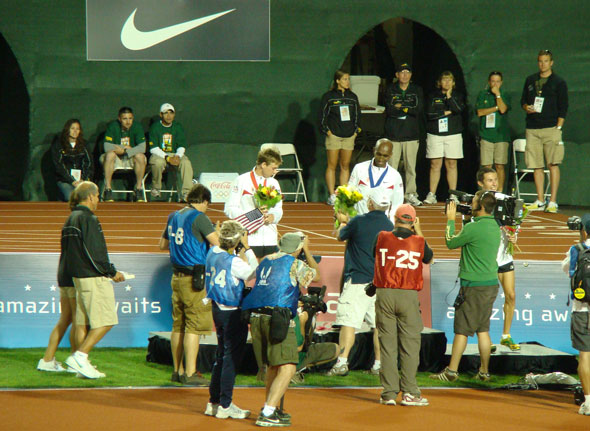 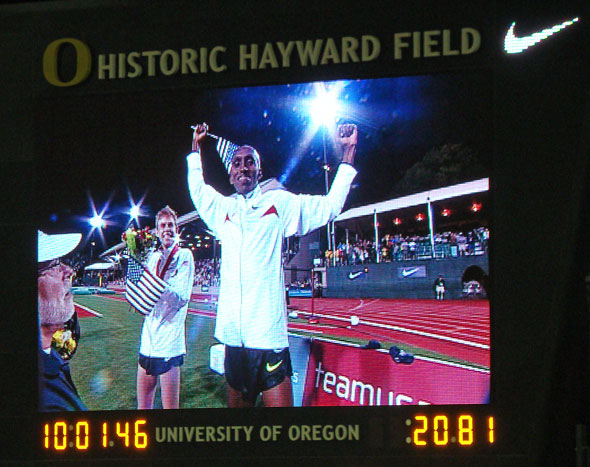 Look Ma! I made the Olympic Team! 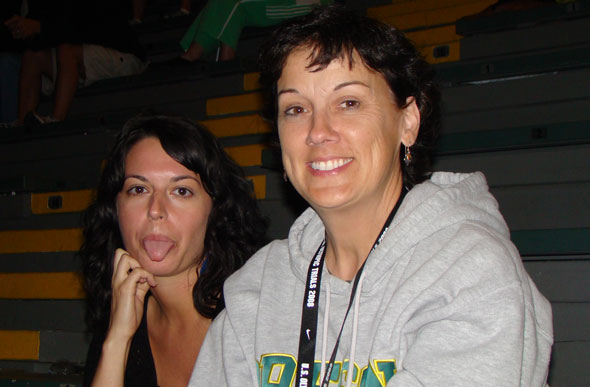 Yes, another great day... sorry to be so repetitive.

Pedometer: Lots of walking today - 5 or six miles. Pappas seems to have vanished off the face of the earth.

Until my next update, I remain, your red, white and blue correspondent. Continue to Day 9.

« Back to the track Nothing much to report »