Another clear day on the Oregon Coast - and the wind had died-down quite a bit. Not enough for me to feel comfortable running across the Yaquina Bay Bridge, but enough for a nice long run along the jetty - with a side trip out to the end of a very long pier. 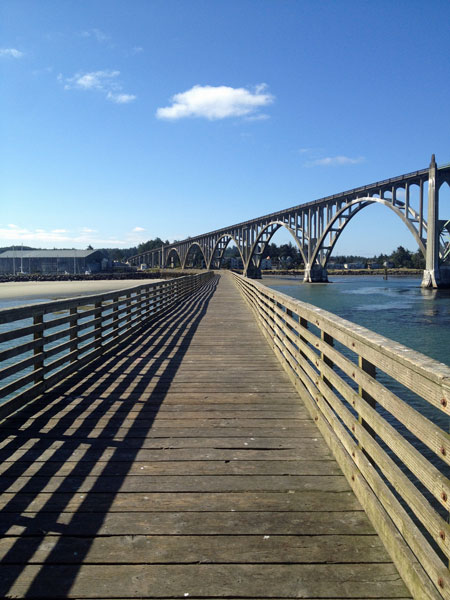 At the end of the pier, looking towards the shore

This skinny fishing pier ends practically half-way across the mouth of the river! People were crabbing from the end of the pier and the tide was so low, it was possible to see the sandy bottom. A lot of people were clamming and several people were fishing from shore. 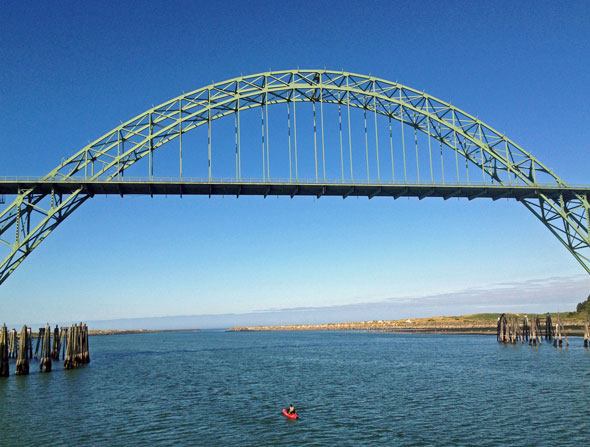 Fishing from a kayak under the Yaquina Bay Bridge

This photo was taken from the end of the pier - I told you it was a long pier. 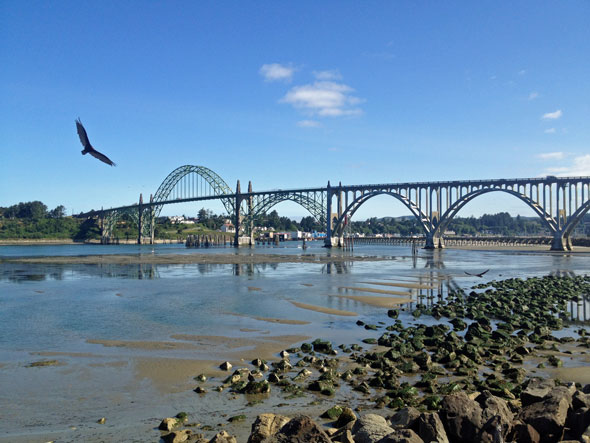 And one last phone-photo of the bridge from the jetty at low tide. Yes, that is a Turkey Vulture and, no, he wasn't hovering over me... though at the speed I was jogging he probably thought I was on my last legs.

Our RV actually started when we were ready to head back to Portland! After the Magna Peregrinus was returned to her storage garage, we took the "country route" to our house, stopping at a restaurant in Newberg we had been wanting to try. 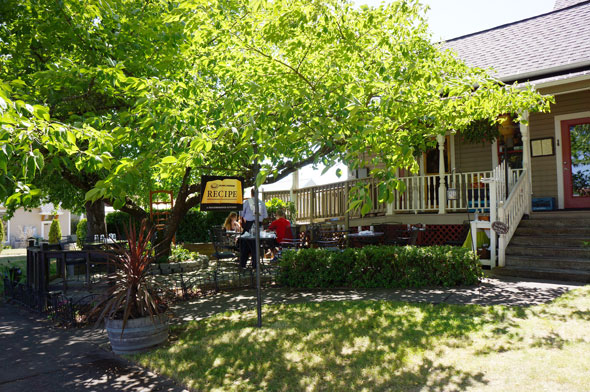 Recipe is situated in an old house on a downtown corner of the impossibly-charming town of Newberg, in the heart of Oregon Wine Country. The menu changes nearly daily and their wine list features wines from next door and around the world. The chef prepares fresh buffalo mozzarella (buratta) daily. 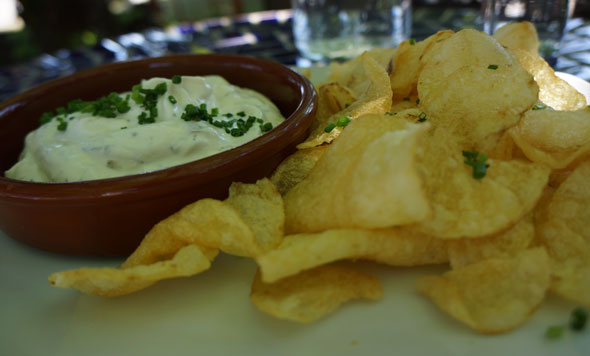 Dave and I sat at a pretty little tiled table under that gorgeous ancient tree. No wind! We ordered an appetizer with "smoked onion and creme fraiche that was served with thick-cut potatoes"... and it turned-out to be chips & dip. I think smoked onion dip could possibly rival Lenny's Famous Dip?

But we had to get home - we were expecting guests. Our niece, Delaney, (from Denver) is starting college in Oregon in September. Delaney and her Mom flew out for college orientation and spent the night with us. We had a great evening with our family, but I can't believe Delaney is already going to college. 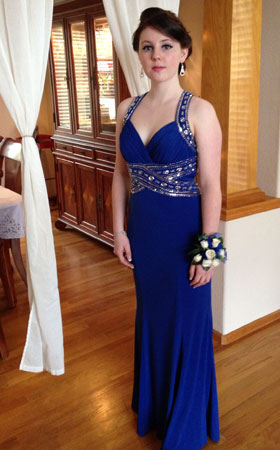 Until my next update, I remain, your home-again correspondent.