Indio, California:  We drove over to El Lay yesterday to get our Grand Dawg, Reese. We are going to watch him for a few days in Indio. Hopefully spoil him a bit. Reese has again injured his ACL. He does not require surgery (again), which is a good thing because Reese is already recovering from surgery to remove a (non-cancerous) growth on his neck. Poor guy. He needs to hang-out in the desert with his Grandma and Grandpa. Reese really loves spending time at the Motorcoach Country Club - there are hundreds of palm trees needing his undivided attention.

A few of my relatives and girlfriends suggested I bring Leo back to Indio for a few days and leave the dog with Lisa. While that sounded like a delightful idea, we would run into serious issues once that baby became hungry. We took the dog.

The weather was just delightful in Los Angeles today. Sunny and warm. Mary emailed a photo of her 28° flower garden in Portland, Oregon. A frozen tundra. Since I am such a good friend, I emailed two photos to Mary from Lisa's garden: 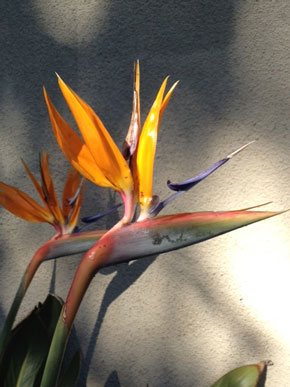 Seriously, I have no idea why Mary even speaks to me.

But, we weren't here to photograph flora. We were here to see Leo! 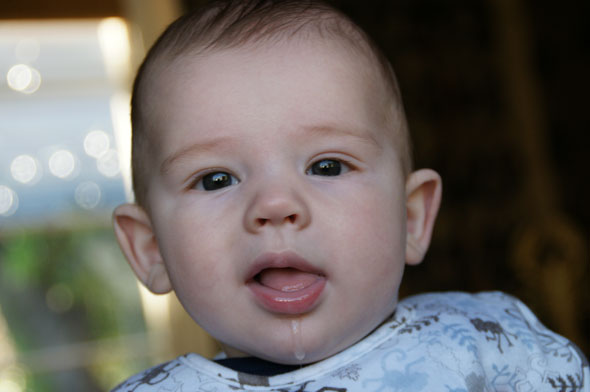 Cutest Baby Ever is teething and drooling! 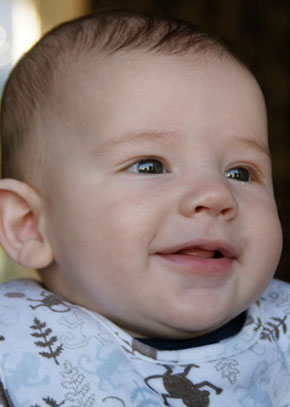 Leo is so happy! He is giggling, chortling and sort-of laughing. He is babbling too! 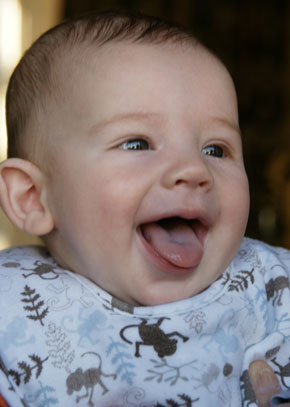 But mostly, he is drooling and blowing bubbles. 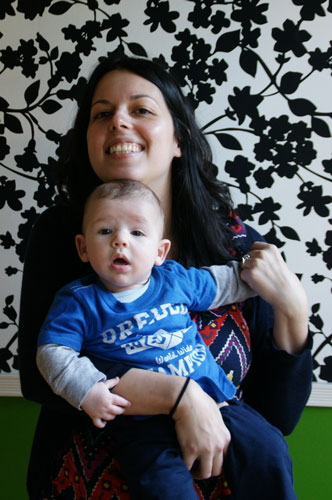 Before we headed back to Indio, we had lunch with Lisa, Lenny and Leo at Umami Burger. 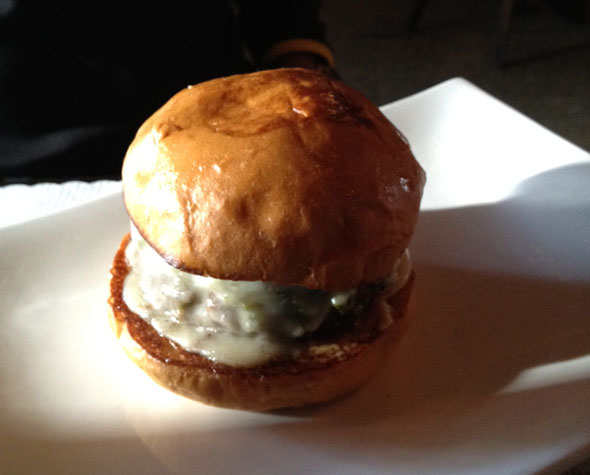 Umami is a Japanese word that refers to the fifth taste. All I can say is that our burgers were unreal and I hope to return as soon as I run 5000 miles.

Until my next update, I remain, your road-weary correspondent.

« Baby’s First Second Night of Hanukkah This, That and Some Other Stuff »