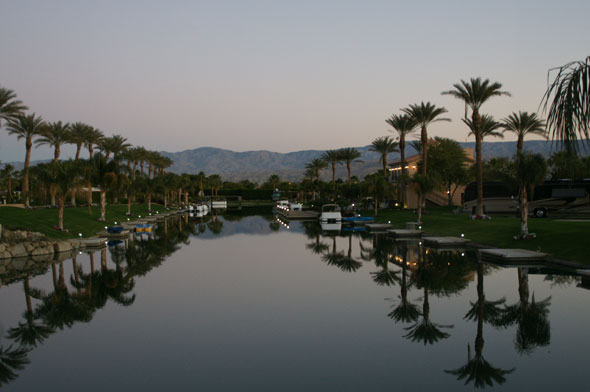 Los Angeles, California: This is the view that greeted me around 6:30 this morning. Why was I awake at 6:30 in the morning? Besides the fact I am a middle-aged woman and we just don't sleep I had things to do! Miles to run! Red Pear pastries to bake! We were driving over to Los Angeles today to see Lisa and Lenny Leo! We had not seen them since Thanksgiving. Leo is probably shaving by now. 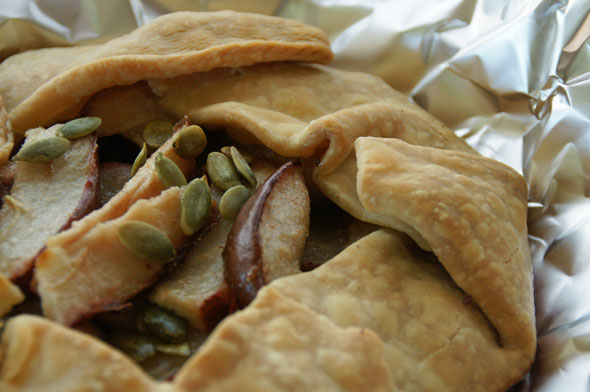 Ready to be wrapped in foil for the road trip to Los Angeles, I made this little crostata thingy with Red Pears, tossed in lemon juice (from Sister Ginger's garden), one tablespoon sugar, a little cinnamon and olive oil. Topped with pumpkin seeds and wrapped in a pie crust. I also made a sour cream caramel sauce, infused with fennel fronds. Different. We are also bringing latkes!

Notice an improvement in the photography on this site over the past two days? I left the battery charger to my fancy Sony SLR camera at home! Every photo on this website, since we left home last week, has been snapped with my pocket camera or my iPhone. Our housesitter, Brandon, FedExed the battery/charger to me and we are now back in mega-pixel business.

Just in time to photograph the Cutest Baby Ever!

Except I did not take one photo of Leo tonight. We were so busy and it was so dark and I do not like to use a flash with the baby.

But I did get a shot of his "older brother", Reese (using my phone). 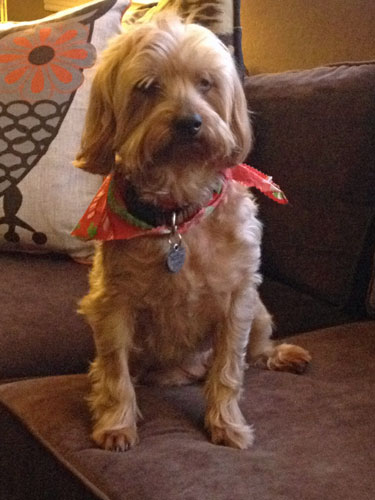 We were in Los Angeles to enjoy Hanukkah with the kids. Lisa had a nice fat chicken and I stuffed the bird with fresh basil, rosemary, oregano and thyme, then roasted it to a golden brown. I fried latkes and made a salad with gorgeous yellow tomatoes from Sister Gina's garden. Salad dressing was made with lemon juice from Sister Ginger's lemons! I'm pretty sure Lenny had four latkes! Grandpa and I spent a lot of time with Leo this evening. Leo was so happy. Cooing. Drooling. Giggling. We read several Hanukkah books

to Leo. He is mesmerized by the rhyming patterns in children's books. Always smiling. What a joyful child. We will spend tomorrow with Leo - and it will be during daylight hours. I promise way too many baby photos. Until my next update, I remain, your fried-in-oil correspondent.
« Ahhhh… that’s better Back to Indio »