Los Angeles, California: Just barely organized a bit after being away since November, today we packed our (carry-on) bags and flew down to Los Angeles. We had just seen the kids a few weeks ago in Merced, but how could we miss Lucy’s ballet recital? Lucy is only 4, and this is her 3rd ballet recital.

I can’t even do that math.

The über-crammed grandkid calendar is giving us a concert at Leo’s school, Lucy’s ballet recital, and Leo’s Little League game in one weekend.

Again we flew on the wonderful Alaska Airlines shuttle that goes back-and-forth between Burbank and Portland all day. This flight is awesome as it avoids LAX and if you only need to be downtown Los Angeles, or on the east side of LA, Burbank is your best choice. The airport is train-station small and so easy to get in/out. We rented a car this weekend (rare for us), but still, 20 minutes after landing, we were on our way.

Leo had a musical performance this afternoon with his after-school tutoring group. The kids (K-5th grade) sang a few songs – in several languages. While we enjoyed the music (pop+traditional songs), our grandson was costumed in hipster shades and a backwards baseball hat. Worst part? He held/read the lyrics in front of his face during much of the concert, so we could not see Leo’s face much of the show. 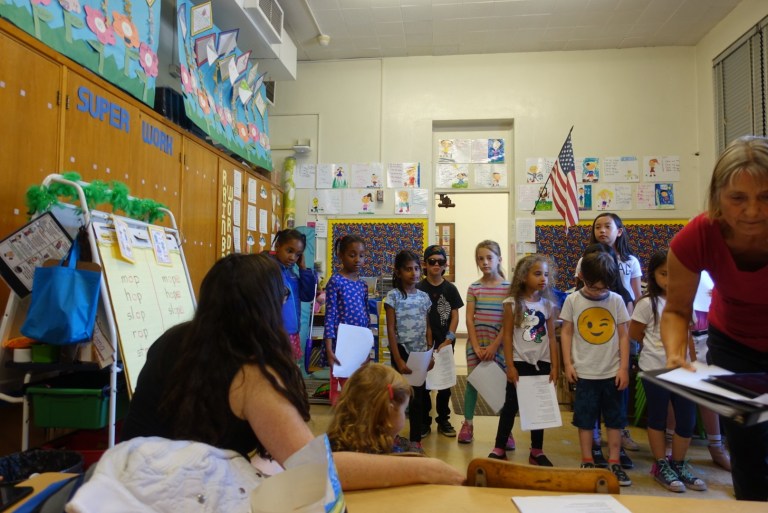 Leo, in the middle with sunglasses and a backwards baseball hat 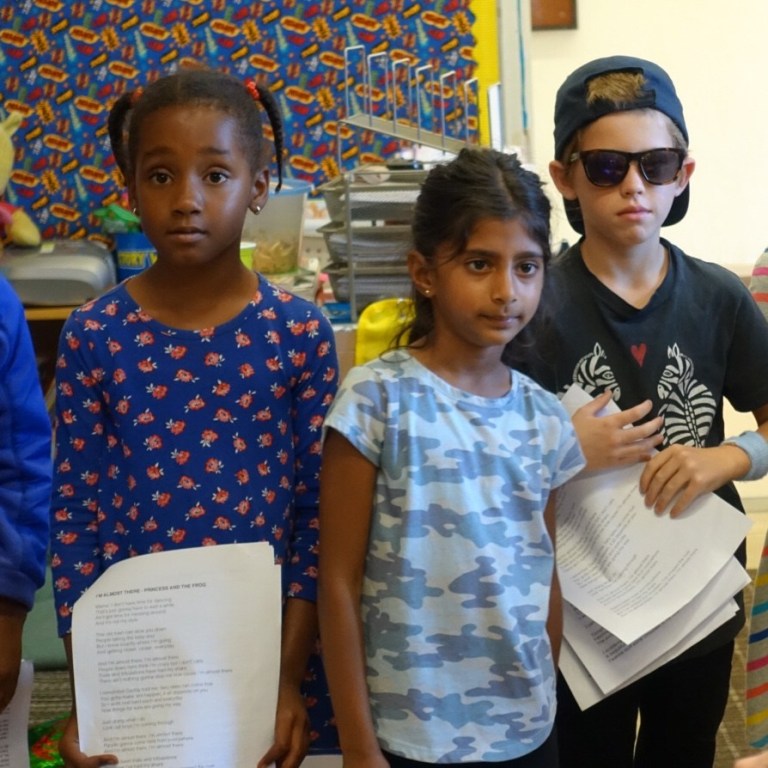 The kids really enjoyed their end-of-year singing show. The music teacher was a native German-speaker, so a German song was also included. It was interesting to see the older kids not even looking at the lyrics, opposed to the younger kids seriously studying the lyrics (that they probably could not really read 100%).

After the show, Lisa made us delicious Thai fresh spring rolls. It was a make-it-your-own-self spring roll bar, where we filled rice-paper wrappers with tofu, fried egg, mung bean sprouts, cilantro sprigs, carrots, red pepper and spring onion – then drizzled a house-made peanut sauce over our creations. Delicious and so healthy.

Tomorrow is the big day: Lucy’s ballet recital. We had a bit of a preview this evening. We saw the costume.