Indio, California: Last evening I prepared a decent-enough corned beef and cabbage dinner for St. Paddy's Day. The weather was just lovely - hot, sunny and no wind. Around dinner time, it became breezy and the sky grew dark with dust. By the time we had finished dinner (outside), it was really windy and sand was blowing everywhere.

We hunkered-down inside the motorhome the rest of the night, and woke to clear skies and no wind. 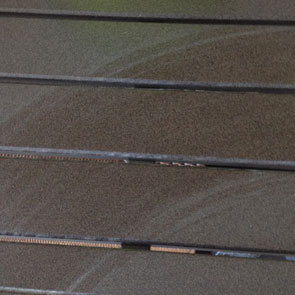 However, there was a thick layer of sandy dust on everything - including our just-washed RV. DT was playing in a golf tournament all day, so this afternoon, I decided to clean up our covered shade structure. There was so much dust, and my attempts to remove the mess resulted in the sand just being moved around.

This job was going to require a hose. 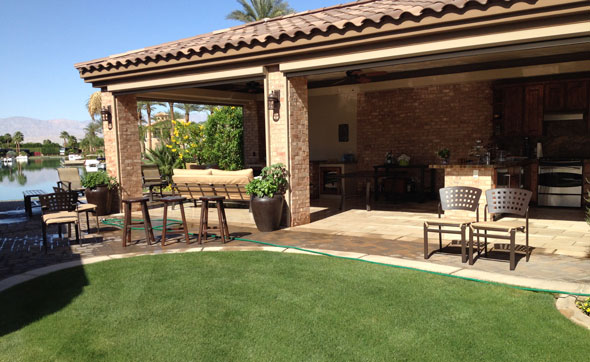 I carried most of the furniture (really light weight) out of the covered pavilion and starting hosing off the walls, floors, furniture and anything else I could find... figuring anything that became wet would sure-enough dry. It was 85° and sunny.

It was a bigger job than first imagined, but the chore was finished within two hours. 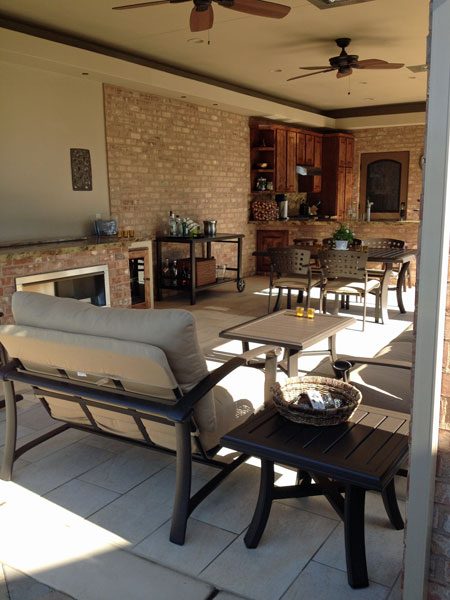 The floor dried as quickly as I could hose it off, and the furnishings were returned to their proper place. 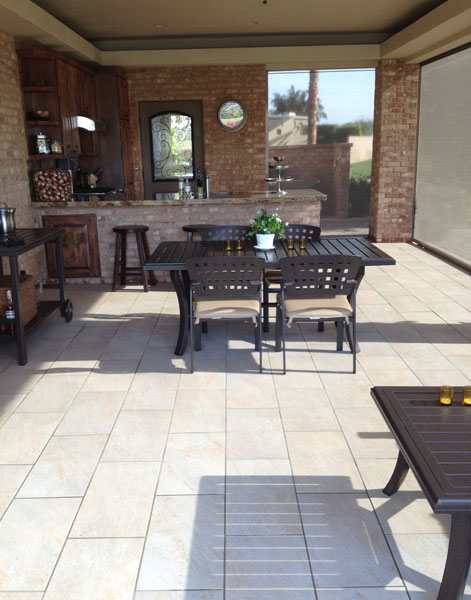 This is only the second time we have hosed-off the patio. Because we live in the desert, where water is so precious, we Dave usually sweeps and mops. 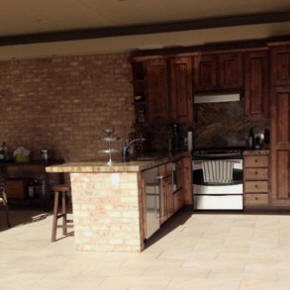 I do good work! 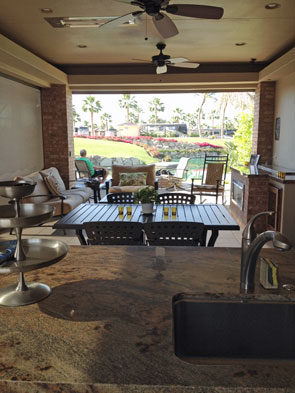 By the time my task was finished and the shade screens were lowered, My Driver returned from the tournament. His team WON! Isn't that just the best? He was shocked happy I had tackled the messy chore, as he thought the job would be left for him.

Like many of you, I suppose, we had Corned Beef Hash for dinner tonight. 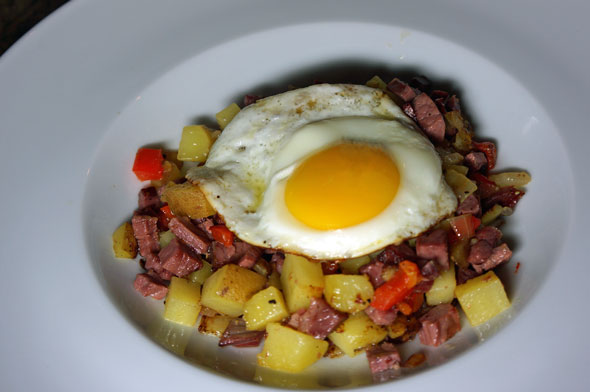 With a fried egg on top, for DT.