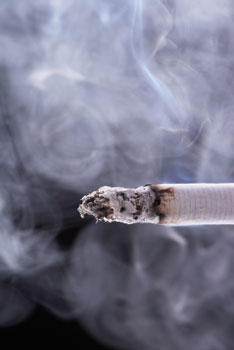 Track Town USA:  I know I said last night that we do not go to the casino... but after I had posted my blog, DT hopped on the shuttle and cruised over to the casino at Seven Feathers. He did it to save us $3.60. According to the guy at the RV Park registration desk, if we were members of the Players Club at the casino we could save ten percent on our campsite and 3¢ per gallon on diesel. Such a deal.

DT was in the casino for fifteen minutes - ten to register and receive a Players Club card, and five to lose the free $5 slot play they put on your card for joining. He noted the casino now offers free cocktails at the tables and slot machines. (When Seven Feathers opened, they served no alcohol at all. Later, they opened a little bar. Now they have gone all Las Vegas on us.) Dave didn't even stick around long enough to enjoy a free beer, and I made him remove all his smoke-filled clothes and put them in the washer the moment he entered the RV. He reeked! DT said other passengers in the shuttle bus also complained of the smoke, and even the bus driver - who is a smoker - said she couldn't stand to go in the casino because of the haze.

This morning, My Driver ran four miles and I think his lungs have finally cleared! I ran three miles on the treadmill in the very nice fitness center at the Seven Feathers RV Resort. The facilities are simply outstanding here. I have posted many photos before, but who ever tires of looking at RV Parks? Not me. 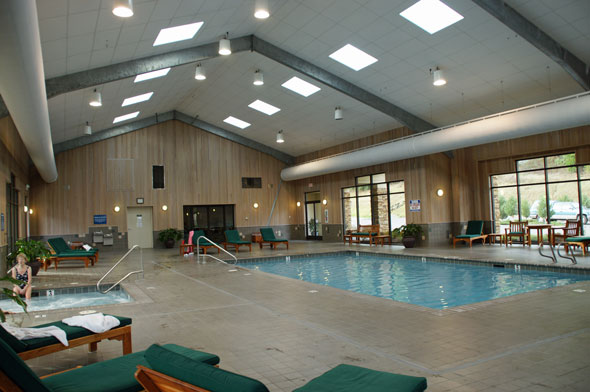 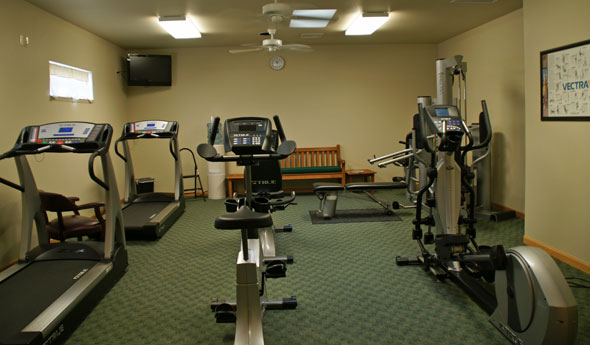 (NOTE TO SELF: When choosing a treadmill in a fitness center, always opt for the one in the last row. This will improve the view for the poor sucker who must then exercise on the treadmill behind you.)

And so we hit I-5 north. Our tow car has not been unhitched since Thursday morning when we left Indio!

A few hours later, we were camped in our "home away from home" - Premier RV Resort (I-5, exit 199 just north of Eugene). I nearly cried when we unhitched the Honda and I had a good look of our now filthy RV in the daylight. 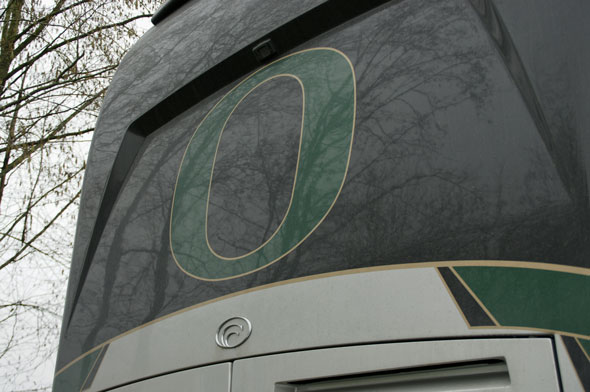 Remember back to Tuesday... when we spent $410 to have the Magna Peregrinus washed and waxed: 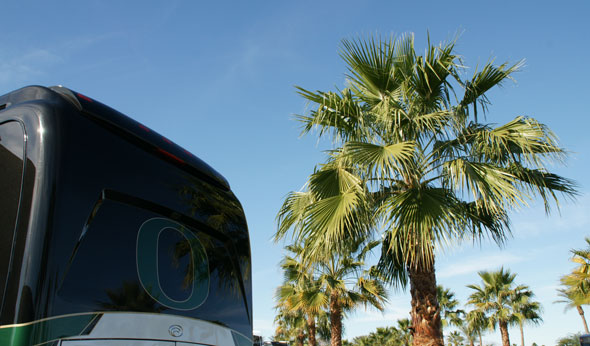 What a difference five days and 1000 miles makes

It just so happened that tonight the Ducks were meeting the Evil Oregon State Beavers at Mac Court. Yes, Dear Reader, it is time to forget about football (I know I have) and concentrate on basketball. Conveniently enough, we happened to have tickets to the game! We met Mary, Steve, Cathie and Gary at the Villard Street Pub for dinner before the game. (Another campus hang-out that does not own a calendar. One waitress on duty for a completely packed restaurant. The pub thought it would be the regular small Sunday night crowd... someone please send the pub a basketball schedule!)

Mary wanted to get to the game early because the University of Oregon was retiring Terrell Brandon's jersey tonight. No more #10 for the Ducks. 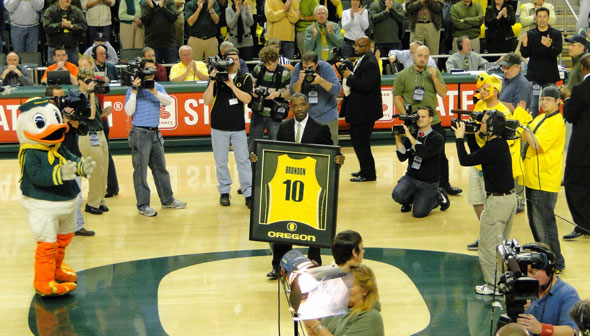 Duck Terrell Brandon (from Portland, Oregon) played most of his pro career at Cleveland 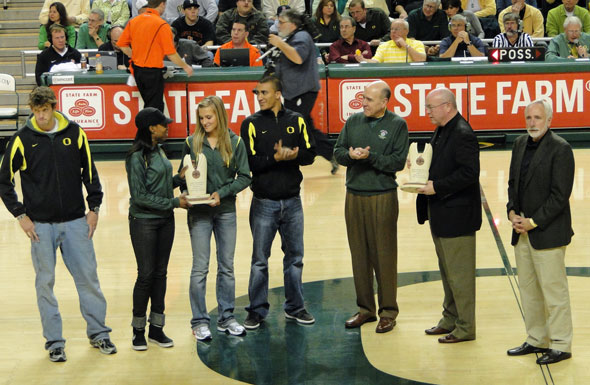 Another ceremony tonight - Duck Indoor Track & Field team received some sort of Coaches Award.
I will have to double-check on what this entails... but it was for last year, I think. 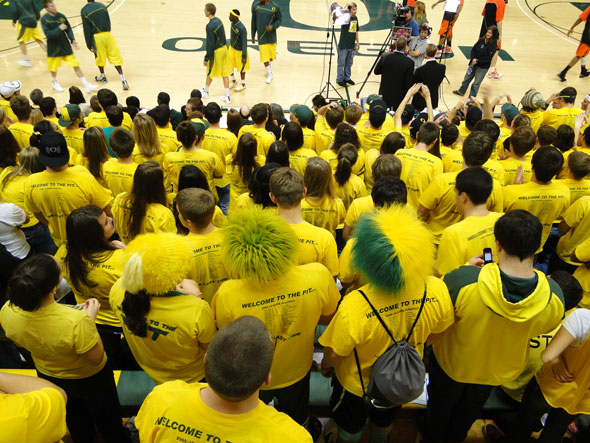 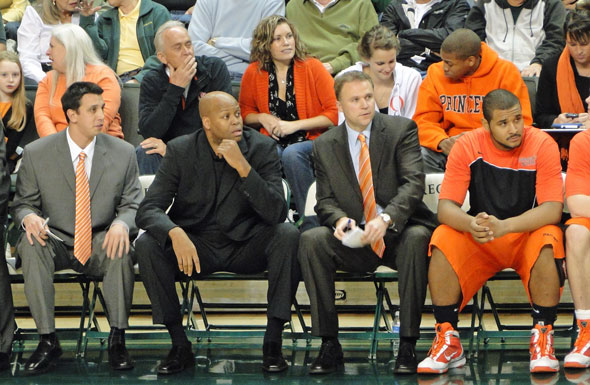 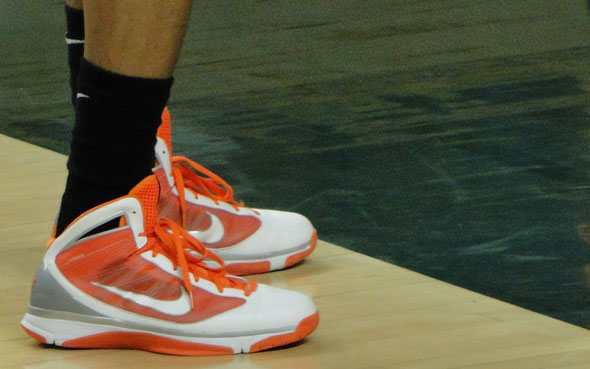 Does this poor kid know he is wearing orange shoes?

Did I mention the Lousy Beavers (who lost at home earlier this week by FIFTY ONE POINTS to a small private Seattle college - the worse loss in team history) beat us in Mac Court tonight? Some nerve. The Beavers led the entire game. This is the first game the Beavers have won on Mac Court since March of 1993 - 16 straight loses.

It is okay. We have lots to console us. For instance, (sarcasm doesn't read well, but is implied in this sentence) the Ducks closed their wrestling program, but now we have this sport - Stunts & Gymnastics. Apparently S&G is an officially sanctioned NCAA sport and the girls receive scholarships. Why? We already have cheerleading and a dance team. Enough! Stupid! Stop the insanity. 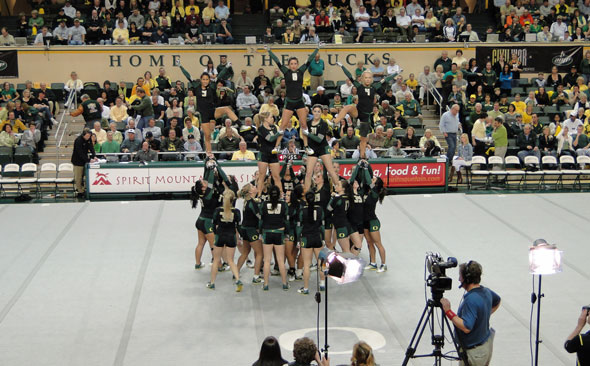 DT SAYS: As a transition from wrestling to stunts, the girls should at least have to wrestle each other on their gym mats for two seasons.

I think this next photo will entertain a lot more readers. These ab-shots are immensely popular whenever I post one.

Until my next update, I remain, your "that was painful" correspondent.