Portland, Oregon: It was probably not a good idea to go to Los Angeles for the Leo and Lucy's birthday party. The trip wore me out and delayed my recovery. The course of antibiotics have long-since finished, yet the cough lingers and I really was dragging the week after we
returned.

Would I have changed a thing, or missed a moment of their birthday celebration?

Good news - I am finally feeling a little better this week and actually left the house for a pedicure and a little grocery shopping yesterday.

Our reorganizational-slash-downsizing-slash-purging continues. We have hired contractors and repair people to fix what is ailing in this old house - minor roof repair, new door screens, deck repair, on and on... and while stuck at home recovering, I finished another huge (computer-focused) project. This downsizing business is serious business.

As you know, I love to cook and I am very interested in recipes, recipe development, food history, food culture, food, food, and food. Over my life, the development of recipes and the collection of cookbooks has been an on-going... let's say problem. While not quite ready for one of those intervention television programs, I do have an entire wall of cookbooks and an entire file drawer of recipes. Forgive, but when I started collecting recipes, there was no internet to just Google and print-out something that looked delicious. When my Mother passed away, all
her recipes were given to me. We are talking hand-written on recipe cards, cut from newspapers, magazines and the back of food packages. Mom's recipes- and my own clippings - all stuffed into files in my massive file drawer.

Happily, most of my own recipes are on this very blog... see that link above titled RECIPES & FOOD... always available (assuming the World Wide Web stays in business). But I had recipes on my website, in the file drawer, ones I turn to again and again in my cookbook collection, and in Microsoft Word files. I thought and researched, but knew I needed all my recipes in one place - and not in a three-ring binder.
I needed them on my laptop, on my iPad, on my phone, and in my Cloud(s).

I put every recipe I wanted to keep for ever and ever in a "notebook" using OneNote. I use OneNote for every dang thing else, so why not? This is not a sell job for the Microsoft program - it is included in Microsoft Office, and though I am probably the last remaining person on the planet that does not have a Mac, it works seamlessly between my iPad and iPhone. (I change one sentence in a OneNote file on my PC laptop and it immediately changes on my iPad/iPhone as well... and vice versa.) I can easily view the recipes on my iPad while
cooking in the kitchen. The chore did not take as long as I thought. (Honestly, I thought weeks, yet it took only three days.) OneNote has a great "add-on" web-clipper that grabs a webpage, clips what you want and then puts it where you direct. Notebook sections I created in OneNote are the usual cookbook sections: Appetizers, Soups, Salads, etc. A few ancient recipes had to be typed-in (less than 20 or so
though). If I found a torn-out newspaper article from long-ago, a quick internet search usually found the recipe and it was easily "web-clipped" and placed in a file.

Finishing this task was as rewarding as sending all our photos to the scanner guy two years ago. Having all my favorite (for now) recipes at my fingertips (even if the World Wide Web collapses, I have them on two hard drives!) is wonderful.

In the end, I kept 361 recipes. Most are my own, but many are favorites from others I turn to often. There is also a file titled, RECIPES TO TRY. This list grows faster than I can try recipes. And now you know what I have? An empty drawer. Empty! However, the paper
shredder was full and screaming for a Jamaican vacation. 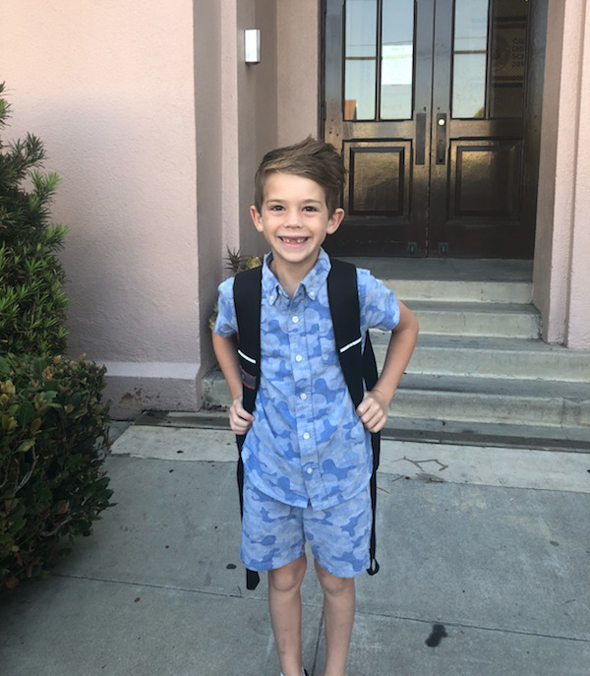 Stylin' as usual and rocking a hipster haircut. Leo is just the best. Just for fun, let's have a look at his mom on her first day of first grade: 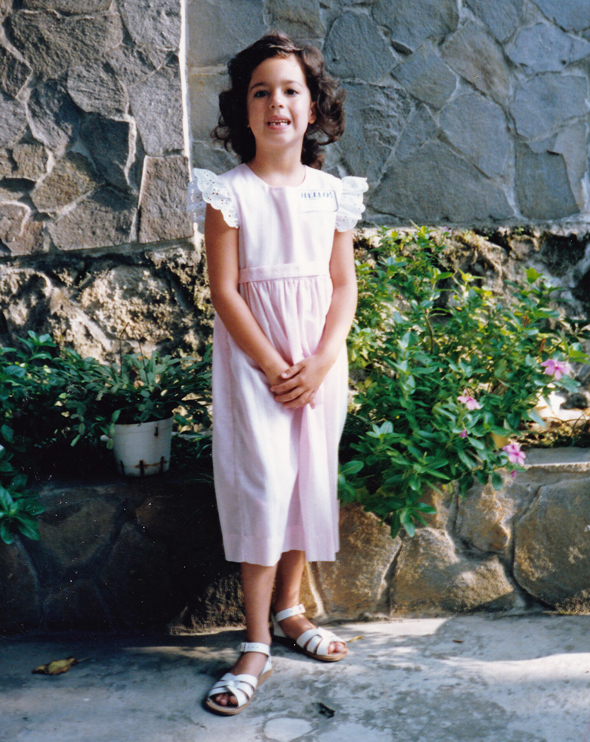 This photo was taken in the garden of our house in Taipei, Taiwan. Lisa attended the Taipei American School. And though she also attended
Kindergarten at TAS, I notice Lisa is wearing a name tag! Saltwater sandals (still popular), and Lisa showing-off her missing two front lower teeth. Leo is missing two front upper teeth.

See what happens when you have every single one of your old photos scanned and floating around in a cloud? Instant access!

Speaking of Taiwan... I left the house again today. Dave and I went to a matinee of Crazy Rich Asians, the new movie based on the popular novels by Kevin Kwan. OMG, did we laugh. The film is a mad-cap romantic-comedy, very predictable poor-girl-meets-zillionaire-boy story. Hilarious characters, beautiful actors (Henry Golding!), houses and clothes, and filmed in beautiful Singapore - with a big focus on food.

I also cooked today (so you know I am feeling better), preparing a savory budino (Italian-style custard) with pecorino cheese. I served the budino will grilled asparagus, garnished with Kalamata olive slivers. It was just lovely. 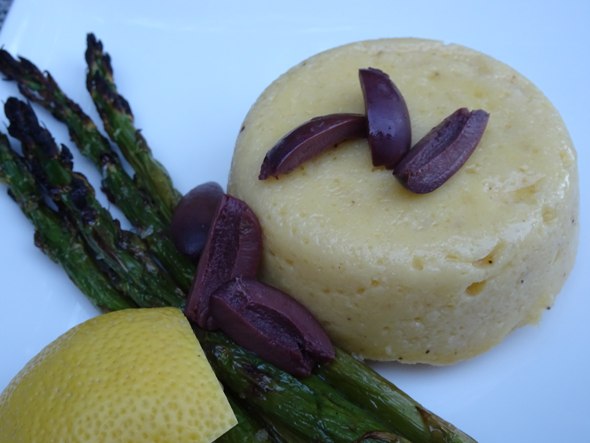 Until my next update, I remain, your feeling stronger correspondent.
« Monday With Leo Portland Open »