Portland, Oregon: We belong to a fancy country club! I forgot. Haven't been there in ages, though My Driver usually gets out there a few times a month while we are in Oregon during the summer.

This week, our golf club, Pumpkin Ridge, has been hosting the Portland Open, which is a tournament on the Web.com tour. I can't explain this tour with 100% accuracy, but it is like a tour for the minor-league baseball players who have been sent down from the major leagues...
except these men are playing golf and not baseball. If the players do well on the Web.com tour, they are sent back up to the majors, or more specifically, gain/regain the coveted PGA Tour Card, which allows play in the big tournaments... and maybe make the big bucks.

I decided a little walk in the sunshine would do wonders for my still-ailing health, so we drove (it's a 45-minute drive from our house!) out to Pumpkin Ridge Golf Club, parked, and walked the back nine, observing various players as they teed-off, chipped, or putted. The tournament wasn't well-attended. (Less than 20 people followed each two-some.) I confess to not recognizing even one name of a golfer in the tournament. (So, please do not ask me who won, or which player earned their PGA card - no idea.) Most of the players were very young, so maybe one day we will all know their names? The event was live on the Golf Channel over the past four days. 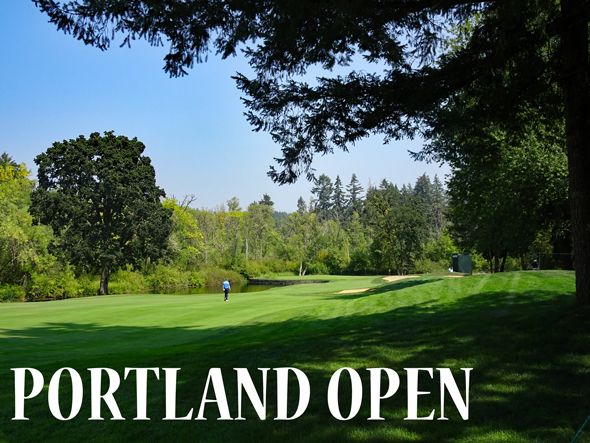 The weather was very nice - though the skies have been shrouded in drifting smoke from forest fires in Oregon and California. This afternoon, Portland-area residents caught a little break in the haze. The course was in perfect shape - as usual when hosting a tournament.

Whenever there is a golf tournament, there are vendors out touting their wares. This afternoon a huge beer and wine-tasting area had been set-up. Probably 20 breweries and ten vineyards sharing their concoctions. 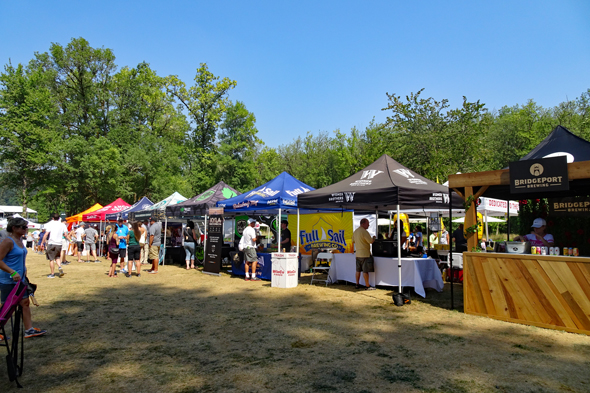 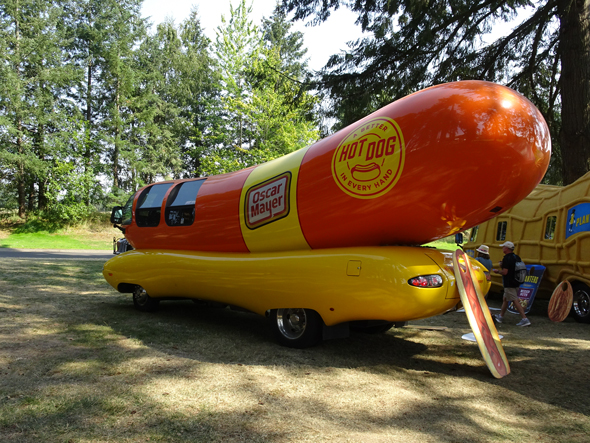 Oscar Mayer was in town as well. They were not offering samples, but were sharing coupons and Wiener Mobile-shaped whistles, dubbed
Wiener Whistles. 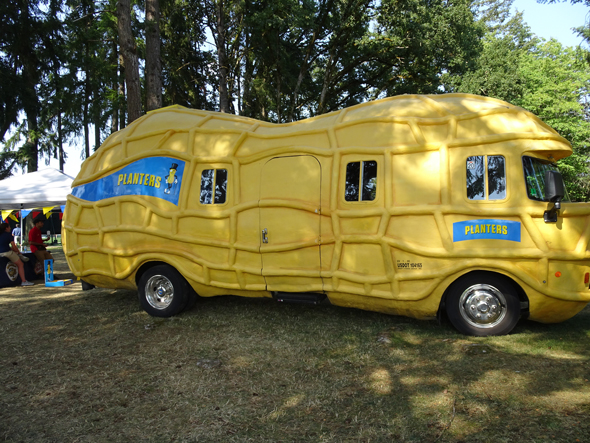 Not to be out-done, the Planters Peanut Mobile was also on display. I think someone needs to turn these two vehicles into RVs. Not me.
Someone else. They were giving away small packages of salted peanuts at the Planters tent. 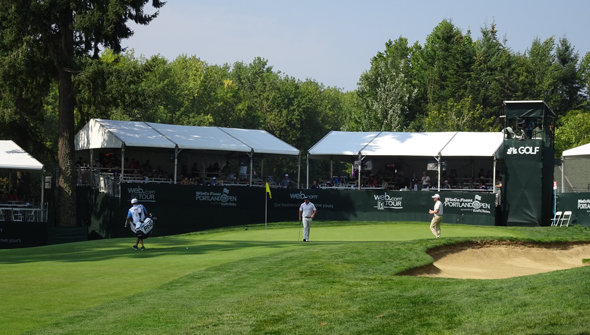 Sponsor bleacher/hospitality tents were set-up around the 18th green. (This is one of the toughest holes of golf in the US.) Members had a special tent where we could enjoy snacks and cocktails. 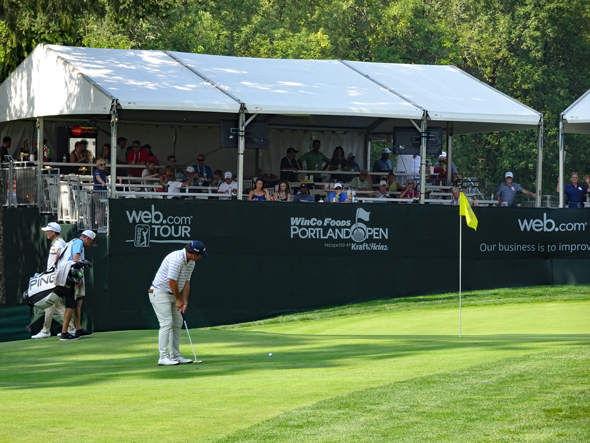 We did not imbibe. We went home and I baked a pizza with a ricotta-garlic sauce and asparagus "spokes" on top. 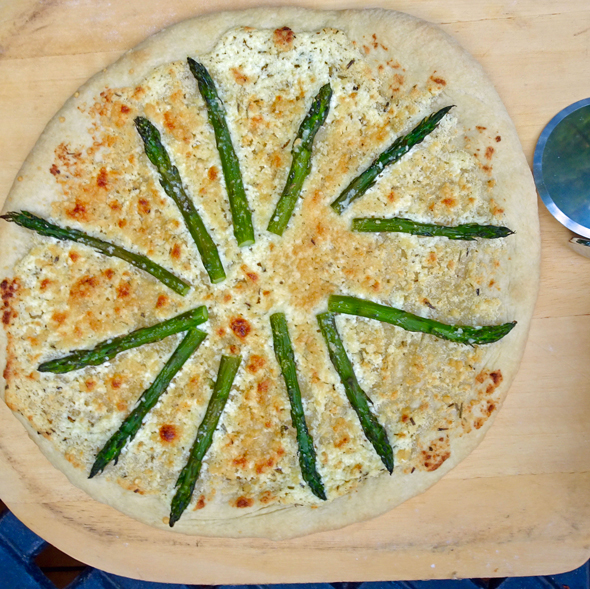 It wasn't the best pie on the planet, but it was also served with a big green salad - with red leaf lettuce, radicchio, baby tomatoes, cucumber, figs, sweet onions, blue cheese and walnuts. Since I am feeling better, maybe DT can get me out to our golf course so we can enjoy a round?