Indio, California: My Driver competed all day on a 10-person team in the Motorcoach Country Club golf tournament on the executive course that meanders through the resort. Again, the weather was bitterly cold. It froze again overnight. Not a cloud in the sky. Views of snow-capped mountains from our motorhome. 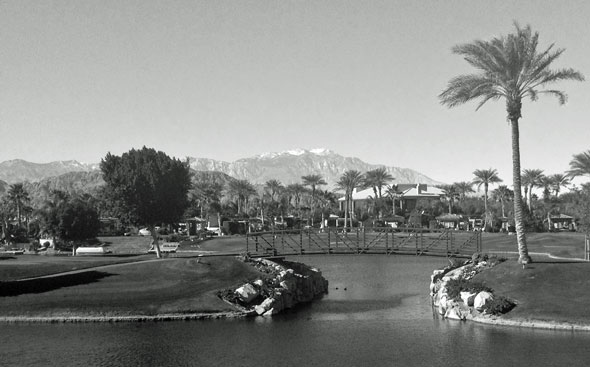 Even with the cold weather, ninety campers joined the golf tournament. The competition was a shot-gun start with a scramble format. DT's team (3 women, 7 men) did not win. They were not second, third or fourth. Or even fifth or sixth. But, he had fun and met some new people. I followed him a bit at the start and then again at the end. 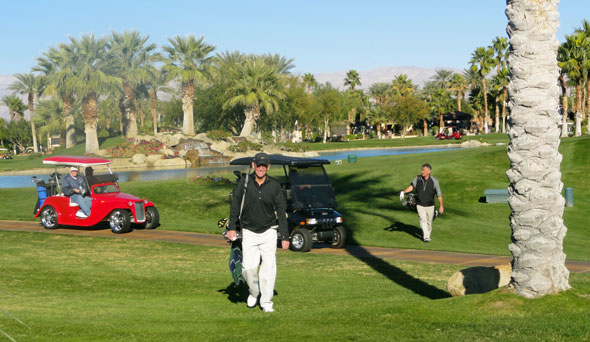 Crystal & Brent's site is located near the 18th hole, so I pestered chatted with them for an hour this afternoon while waiting for DT to walk by. With such large teams (and a luncheon mid-course) it took well over four hours to play a par-3 golf course! Dave looked pretty frozen and beat by the time we saw him. 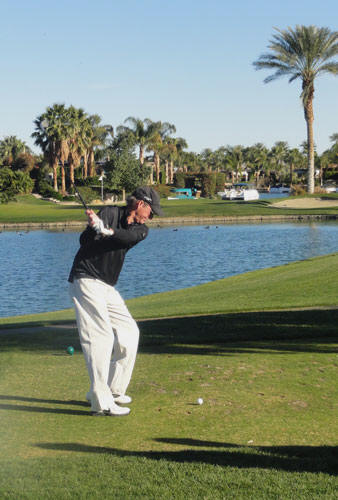 His last drive of the day.

The tournament had great prizes - and even a golf cart for a hole-in-one on two of the holes (didn't happen) and gift certificates to local golf shops, free RV washes, etc. Team prizes were hard cold cash. 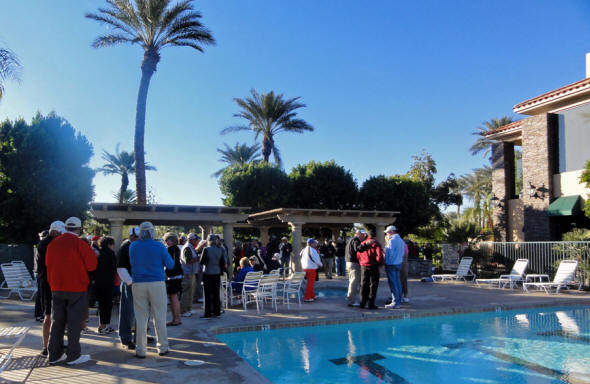 Frozen golfers waiting to receive their prizes, poolside, behind the MCC clubhouse

DT is prize-free and cash-less this evening.

Speaking of winning... remember the other day when we drove over to Phoenix to watch the Ducks beat Kansas State in the Fiesta Bowl? We found ourselves in a crowd shot. 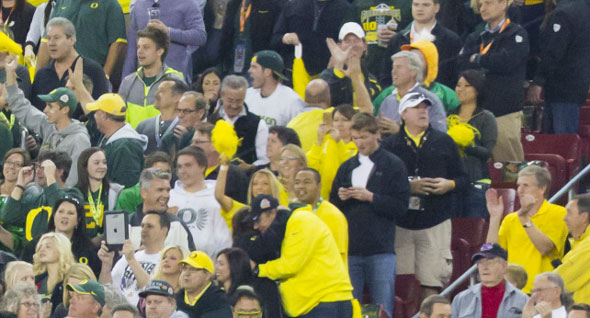 There is my big head in the center of the photo. DT is over to the left (in glasses). Tamra to to the right - doing something on her cell phone - and Steve is next to her (white baseball hat). And, oh, yeah, don't you know that dude below us is taping the game on his iPad.