Nothing much to report

DAY 9 | Track Town USA: Not too much happening on the track, but plenty happening with our friends, so we were busy. I went in early to have breakfast with Lisa, Jen, Emma and Dustin. Then we all went over to the festival area with DT to shop at the NIKE shop. (Which means Lisa gets stuff and Daddy pays for it all.)

While we were shopping, I had a text message from Mary with a message from the stadium - Tyson Gay had pulled up in his 200 heat and had been taken from the track on a stretcher. (If you see this covered later by Carol Lewis, know it was dubbed. Carol was shopping in the NIKE tent when Tyson succumbed.) Later it was announced Tyson did not pull a hammy - it was just a serious cramp. This "injury" is all very suspicious to me and I was unable to get to the truth before press time tonight. Not to worry, I was able to get to the truth of several other important matters.

This was the worst day on the track - few events - and DT, Steve, Lisa, Jen and I ended up in the LOC suite to watch the last few 200 heats and the steeple. At least we had the adorable Owen (son of Oregon track coaches Maurcia & Andy) to entertain us where the races failed. Owen was so tired, he was barely standing. 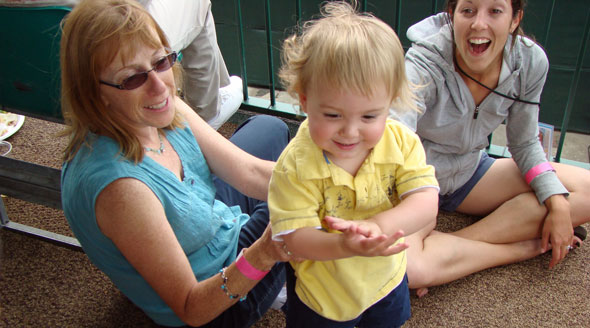 Elizabeth with Owen (his Mom, Maurcia, in the rear) 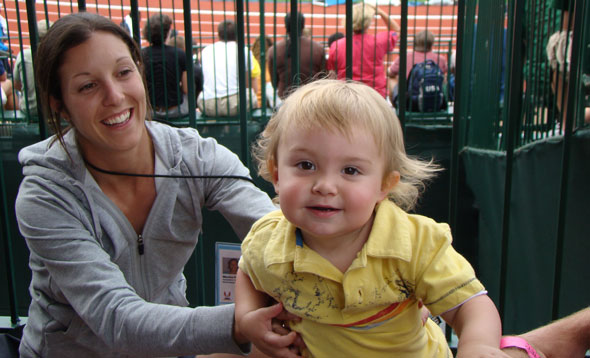 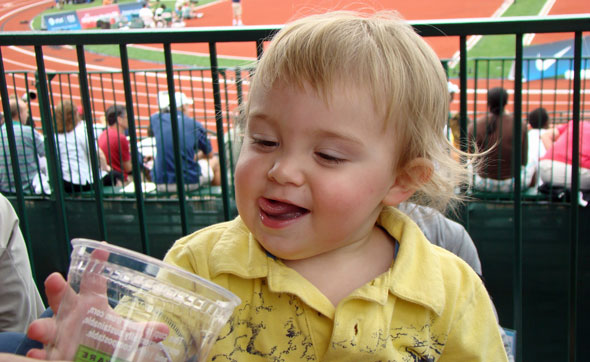 Owen, you can eat that cup - it is made from corn! 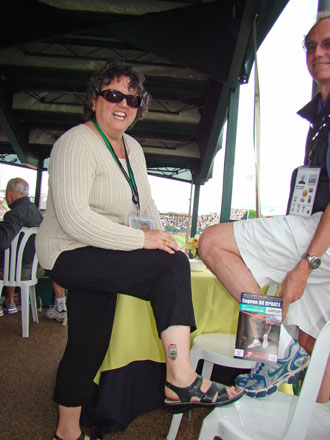 Here I am showing off my new (temporary rub-on
Eugene08 ankle) tattoo. Photo by Steve Taylor. 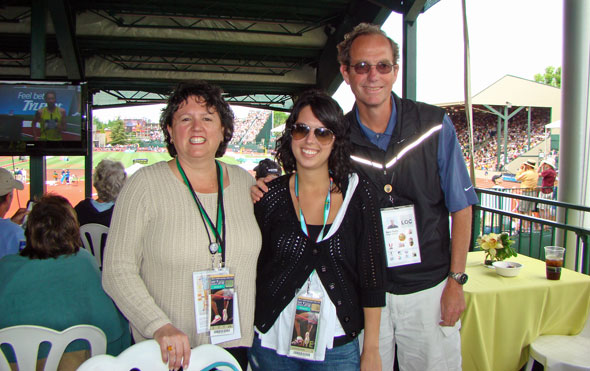 The T's enjoying the meet (DT was in a reflective mood). Photo by Uncle Steve.

Quickly, the events were over. Lisa and Jen headed home, DT headed to his office to catch-up and Steve and I headed to the hospitality tent for refreshment. Then, my phone started ringing and our friends gathered and we had a happy reunion with our track group from Sacramento (and various other venues). 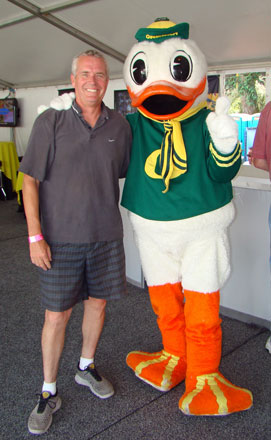 Steve with the Duck 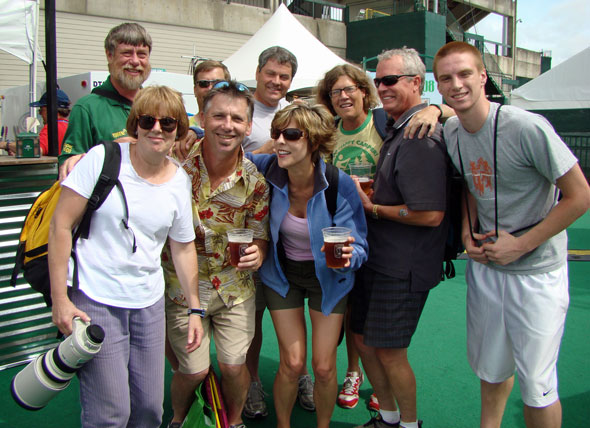 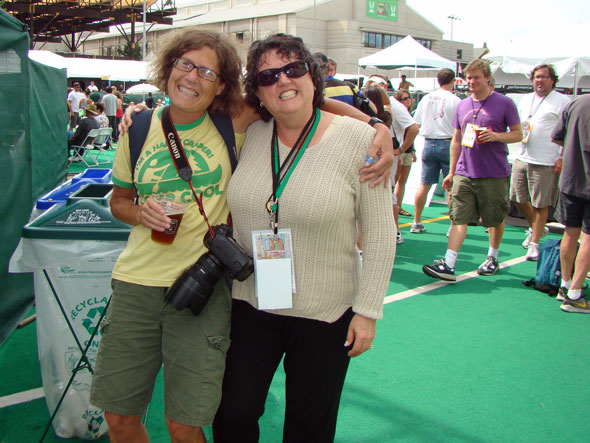 College roomies: Kim Spir and me 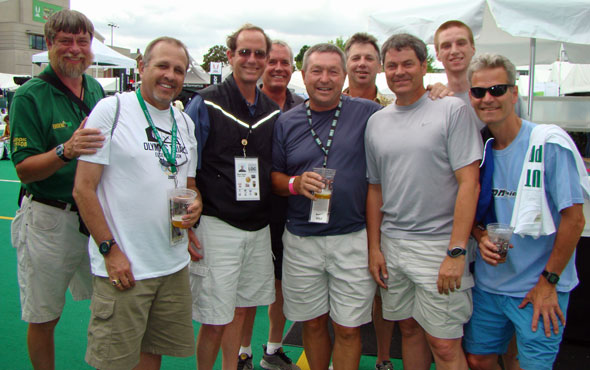 Pedometer: I have had to contact amazon.com about a replacement. Notice there has been no comment from Pappas on this controversy.

Until my next update, I remain your "the road to Beijing runs through Eugene" correspondent. Continue to the last day.

« Amazing awaits It’s all over »