Eugene, Oregon: My Ducks pulled off another victory in Autzen stadium tonight over the UCLA Bruins. 60-13. Not much of a game if you ask me, but seriously, no one ever asks me. 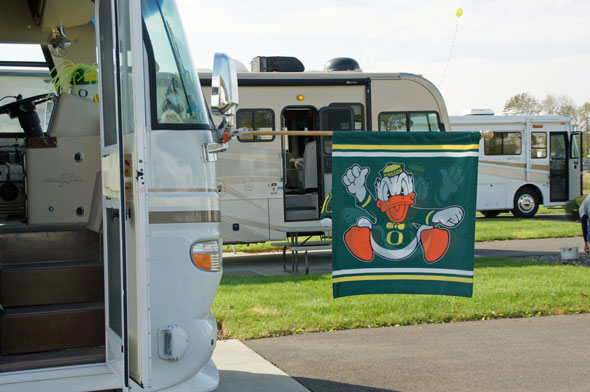 The RV park this afternoon

This afternoon we had a guest driver! Captain Jim drove the Magna Peregrinus from our campsite off Exit 199 to our Autzen Stadium tailgate! Thank you, Jim! DT was in meetings at the University (and you may/may not know I am actually blinder than a bat) so Captain Jim ferried me to the game. 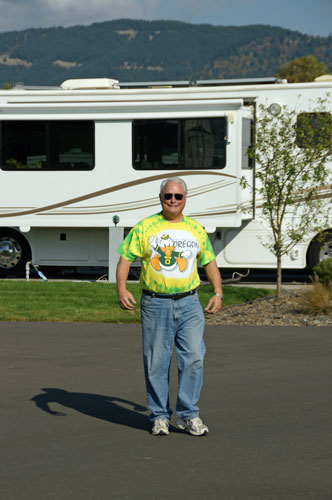 Obviously Captain Jim is all Ducked-Up for his drive to Autzen Stadium. 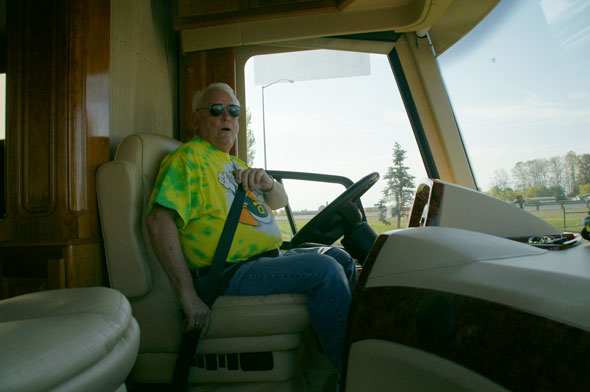 Jim adjusted the seat, strapped on his seat belt and drove me to our tailgate spot in Autzen Stadium like it was his job. I didn't even miss DT. I did, however, show Captain Jim the double secret probation back door route to Autzen Stadium (only known by 20,000 other fans... shhhhh....). 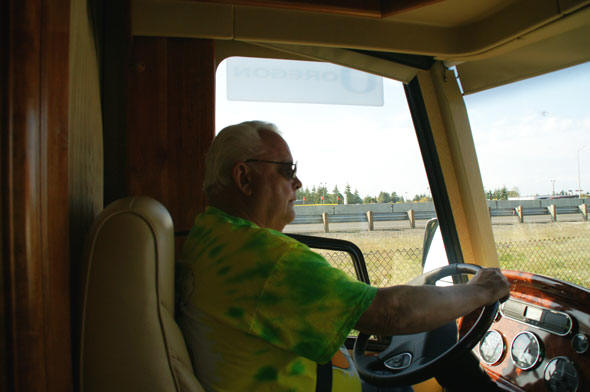 Captain Jim thought the Magna Peregrinus handled with ease, but Jim already drives a gorgeous huge motorhome hisownself, so knows how to handle the massive beasts. DT (who walked to Autzen Stadium from the U of O campus after his meeting) and I can't thank Jim enough for driving our RV to the stadium tonight!

Obviously, to anyone with a television in America, it was a wonderful game (assuming you are a Duck fan). Oregon won. Simply made a statement to the poor UCLA Bruins - and the rest of America. 60-13 doesn't get much bolder.

Ducks are for real, peeps. 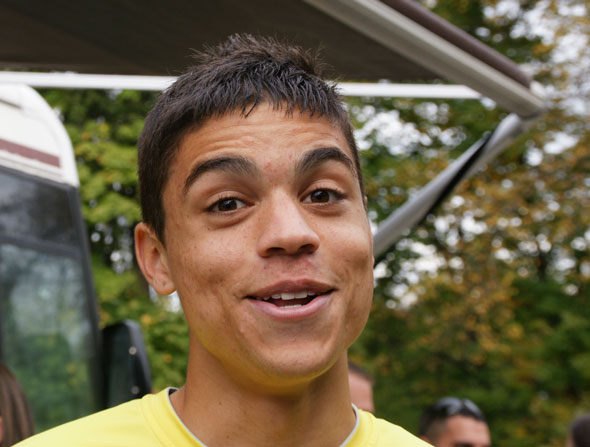 We had a lot of people at our pre-game tailgate. The 9-pound potato salad was consumed. 60+ pieces of fried chicken. After the third quarter, when the score was looking decidedly green & yellow, our tailgate was a popular spot for the post-game celebration revelry.

About that revelry... I did not take DT's advice on a nice flat running route. Instead, I conquered that hill again this morning. Probably not a good idea. Regretting it already.

Until my next update from Las Vegas, I remain, your #1 correspondent.

« Around the RV park She Went to Vegas »