Track Town, USA: Dave started his day by meeting his old teammates for a jog! Isn't it great that they all still run? What a great way to start a great day.

Oregon track star (okay, he is also on the football team!), D'Anthony Thomas, is on the cover of this week's Sports Illustrated magazine. I can't tell you how happy I am that the "fastest man in football" is on the track team. Well, probably not as happy as the track coach! D'Anthony Thomas - known as DAT - is the whole package: speed, smarts and good looks. Some people feel there is a Sports Illustrated "curse". It is true that a few times the Ducks have been featured on the cover, they lose the next game. 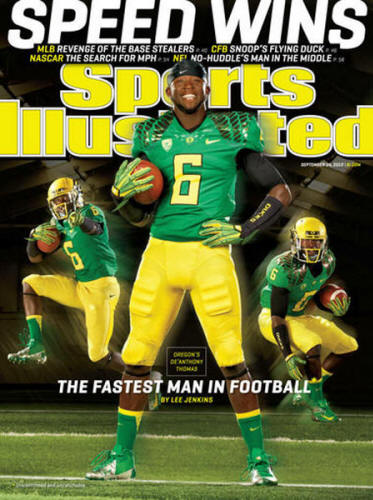 Due to the number of friends in town for the Hall of Fame induction last night, and the fact that we have massive amounts of beer and food are amazingly charming and popular, our tailgate was very well attended this afternoon prior to the 7:30p kickoff.  Frankly, our tailgate was a little too-well attended. I am guestamating we entertained over 60 fans. With all the people in/out of our motorhome and dust from the gravel parking lot, after the game, our beautiful bus was a mess and coated in a thick layer of dust. 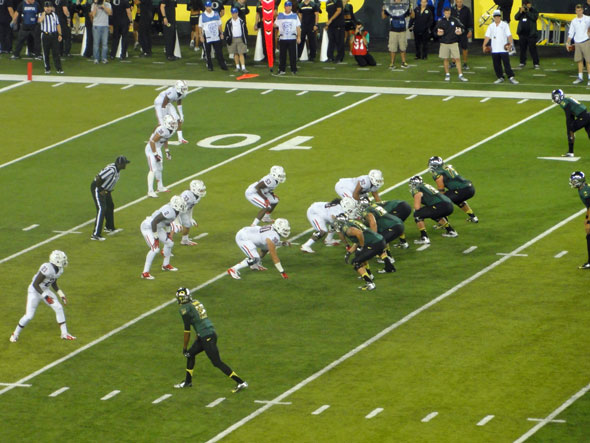 60,000 people were at Autzen Stadium to watch the #3 Duck v #22 Arizona game, but I was there to see my husband be introduced at half-time with his national championship cross country teams - honored as Hall of Fame Inductees. 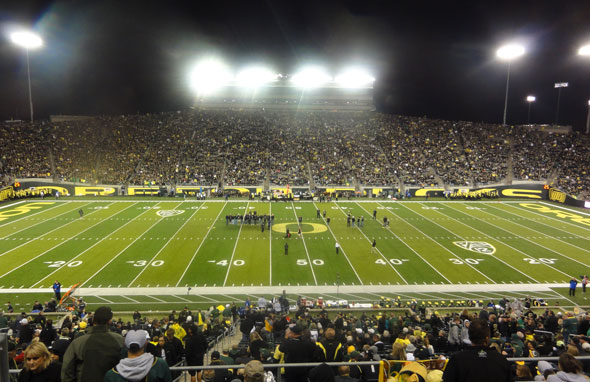 They paraded the inductees out on the football field at half-time for their introduction. Lots of applause! Congratulations to all the new inductees - especially My Driver. 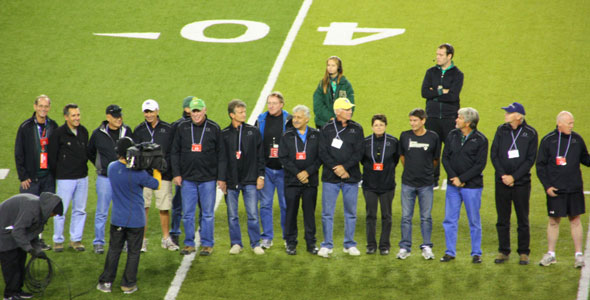 In the end, the Ducks completely shut-out the Wildcats, 49-0. Zero. We wouldn't even let them make a lousy field goal.