Our friends have flown off to Colorado to watch the game, but we remain at home. Actually, I am so knocked-out by this cold, I have remained home since Monday. I think I will go an entire week without leaving the house!

First - a remodeling update: the contractor has been showing up every day and has now completed the shower tile. 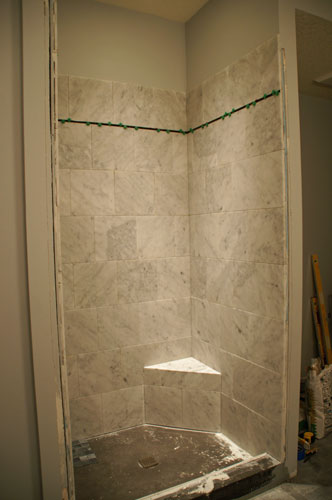 There is still the step-over to tile, but the shower is finished. Green plastic spacer tabs are still holding the thin black accent tiles in place. The top edge of the shower has a beveled edge. Classy. If Kareem Abdul Jabbar ever stops by for a shower, he will probably notice we spent the extra bucks for a beveled top edge. 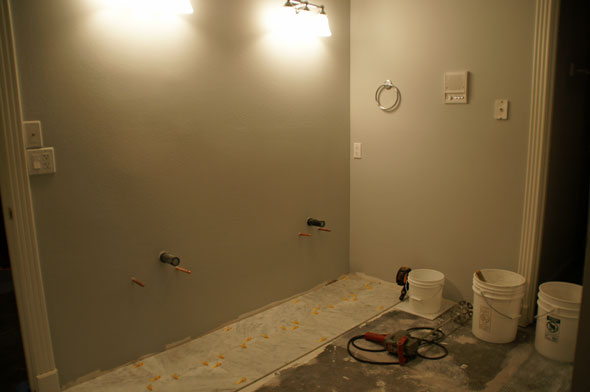 So now the 12x24-inch marble floor tiles are going down on the floor. I suspect this will be a fairly quick job. 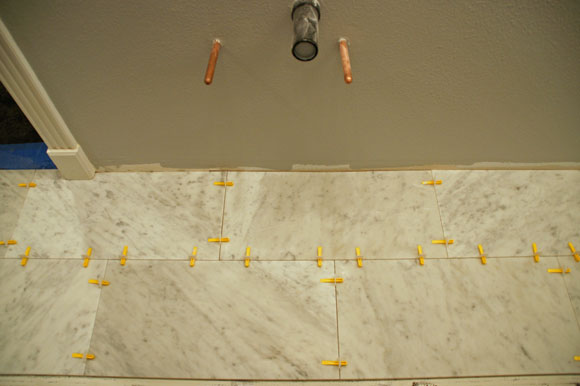 The first two strips have gone down - and they will be covered up by the vanity cabinet. Oh, well.

Now for the game report (which we watched on television)... 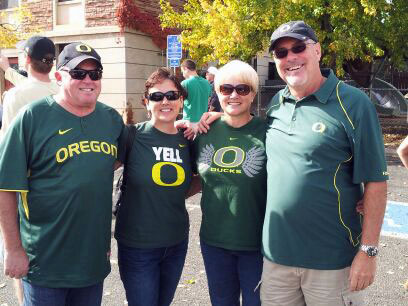 DT and I may be stay-at-home losers, but Steve, Mary, Kathy & Woody flew out to Colorado to cheer-on the Fighting Ducks. Ducks didn't need much encouragement this afternoon. They beat the University of Colorado Buffalos 45-2. Ouch. Bet the Buffalos are rethinking their decision to play in the Pac-12. Notice how our friends are not wearing sweatshirts? It was 70° in Boulder today. 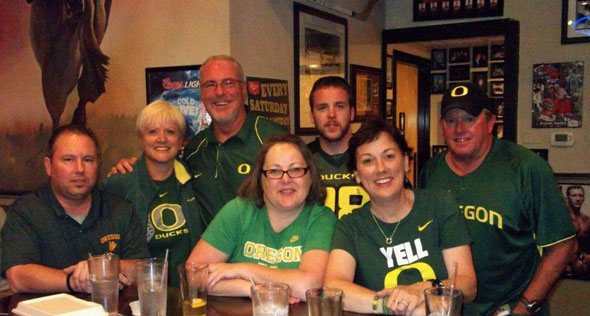 My Brother Steve (and his wife, Kris) live just south of Denver. They joined our pals to tailgate in Boulder this afternoon and they met for dinner after the game! Our nephew, Michael, flew home for the game as well! Fun times... wish we were there. 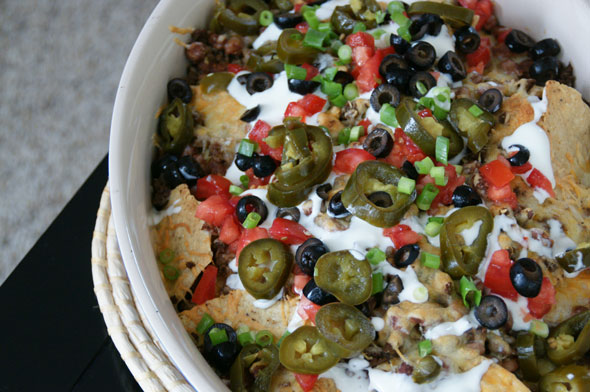 In honor of the Colorado game, I made a mile-high platter of nachos for DT and I to munch-on during the game.

They were pretty good, if I do say so myself.

All this time, I have thought our Little Leo was dreaming of breaking the tape (crossing the finish line after winning a 1500m race) as he sleeps with his arms raised over his head. 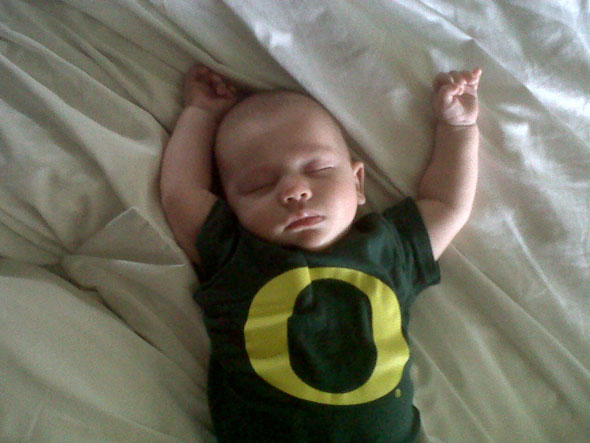 But maybe he is just dreaming of another Duck touchdown?

Until my next update, I remain, your GO DUCKS correspondent.
« Wednesday Report Back in the Saddle »