Track Town USA: It rained overnight, but the rain stayed away all afternoon as we enjoyed another great tailgate in Autzen Stadium. We also were celebrating Donnie's birthday. 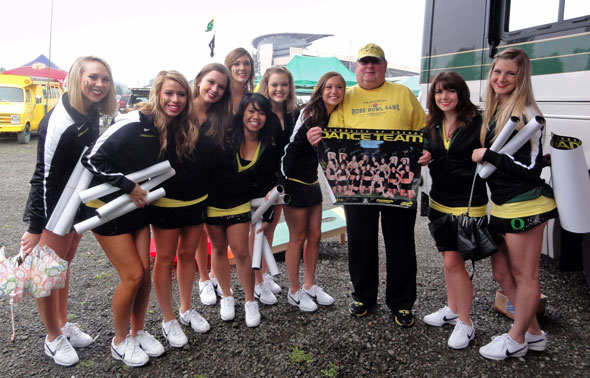 The University of Oregon Dance Team stopped by to pose with Donnie! 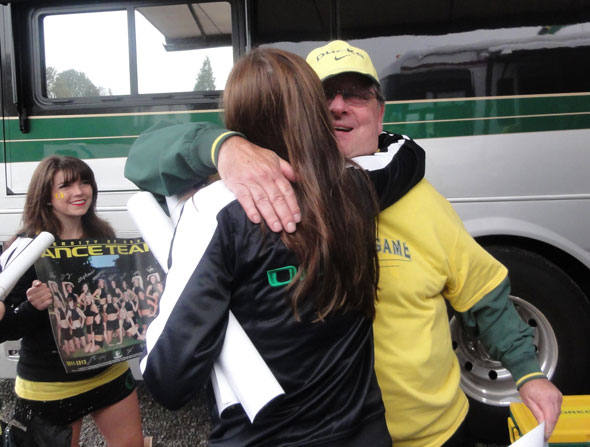 Then the Alumni Band stopped by to play Louie Louie to Donnie for his birthday. 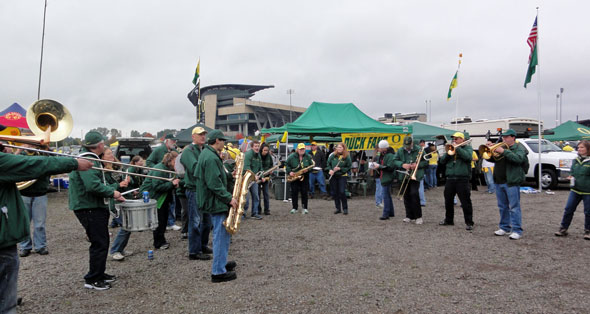 From this video, you will see the Alumni Band is a little more casual/relaxed/older than "official" University bands:

For instance, when the band finished playing, they hit us up for beers. 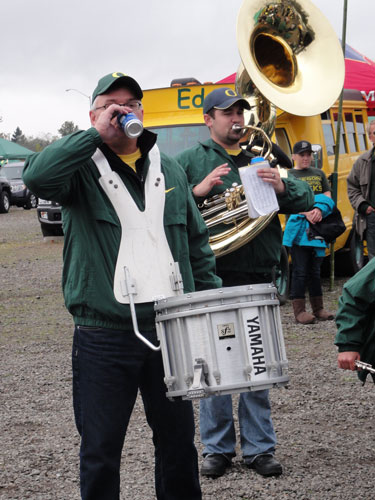 lot of people. The Spiced Pumpkin Caramels and the cheesy potato casseroles were popular: 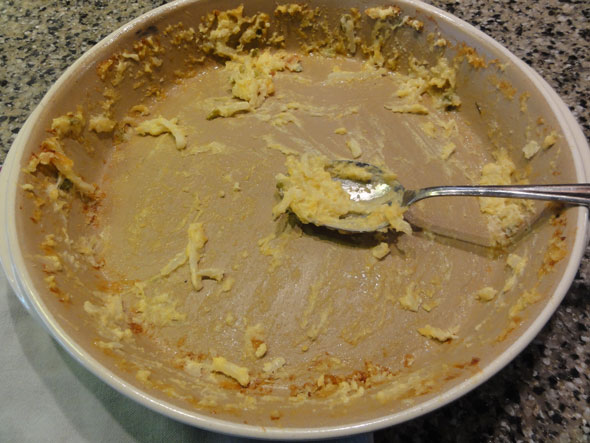 You should have seen the "before" photo (which I forgot to snap).

The Ducks won the game, but it was a bit ugly at times. I think the plan was to run all over the Washington State Cougars, but the Cougars decided to fight back and made so many fabulous plays. Lisa sent this photo of Leo: 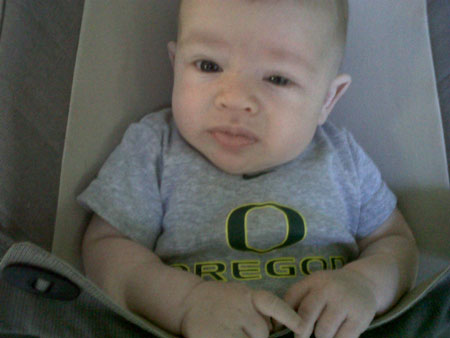 Lisa claims Leo was worried about the game.

Or he needs a new nappy. 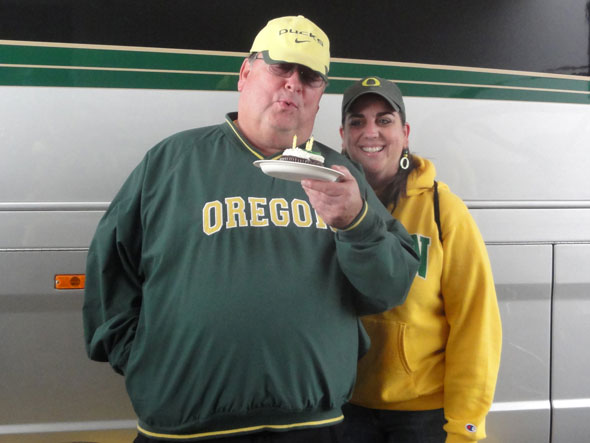 After the game, Donnie's daughter, Julie, surprised her Dad with a special birthday cupcake. 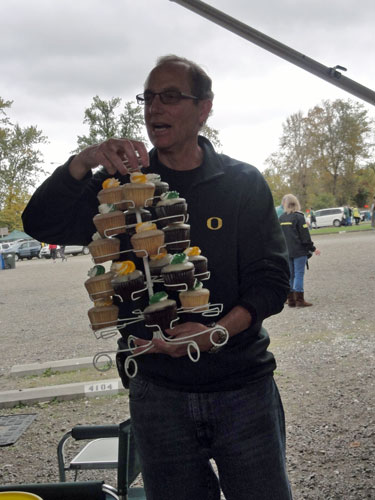 Julie surprised the rest of us with smaller special cupcakes. 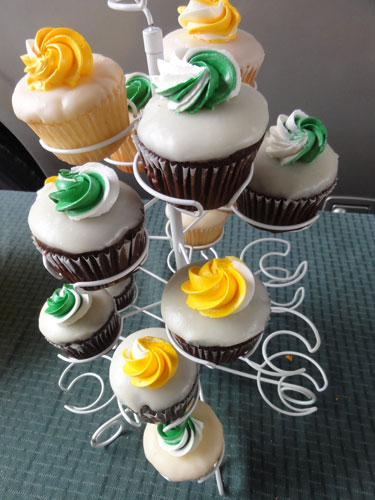 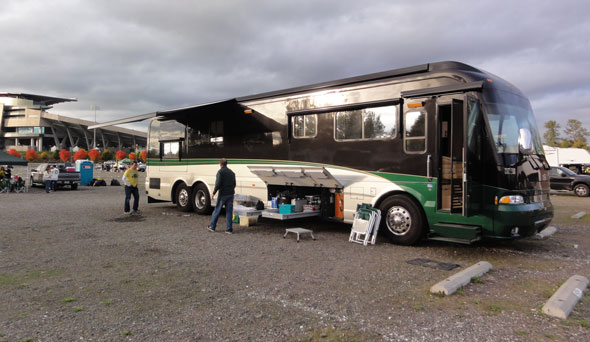 And then everyone went home! DT and I were the last of our group to leave. We cleaned and organized everything for the next tailgate. 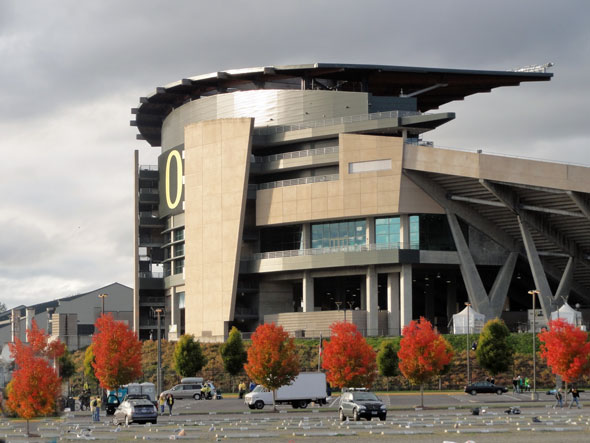 Parking lot nearly empty, we headed back to the RV park and will spend the evening watching Pac-12 football on television.

Until my next update, I remain, your Green & Yellow correspondent.
« Garage Doors, Tires, Bobcat & Deer… Oh, My Halloween »