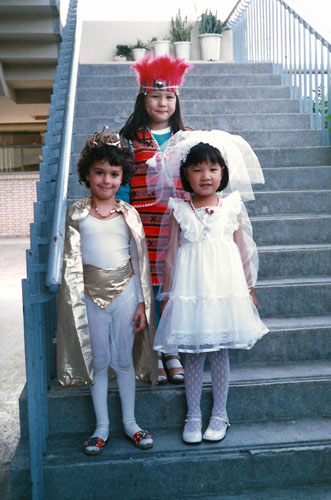 Lisa as She-Ra (Princess of Power, aka He-Man's sister)
with two friends at the Taipei American School, 1987.

I am pretty sure this is the only Halloween costume I ever made for Lisa. I did not bring my sewing machine to Taiwan, so used iron-on hemming tape around the edge of the cape. It worked!

It seems that photo was taken just a few minutes ago... how did Lisa suddenly become all grown up and have her own little pumpkin?

Did I say pumpkin? 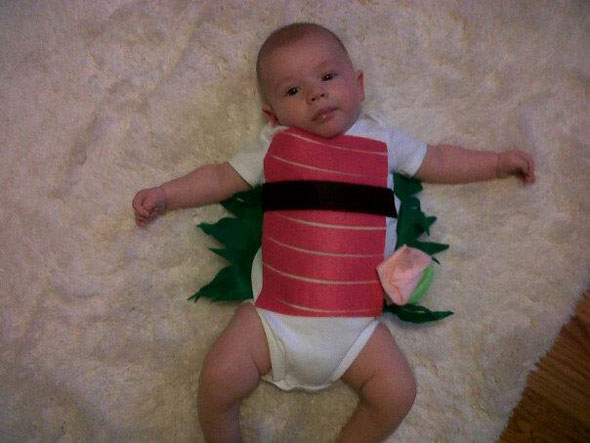 Isn't he cute? Isn't it just precious that Leo has my thighs!

DT and I are pleased to announce we had a World Record Breaking number of Trick-or-Treaters tonight.

Seriously? We usually have 1 to 6 beggars Trick-or-Treaters. I bought ten big candy bars. 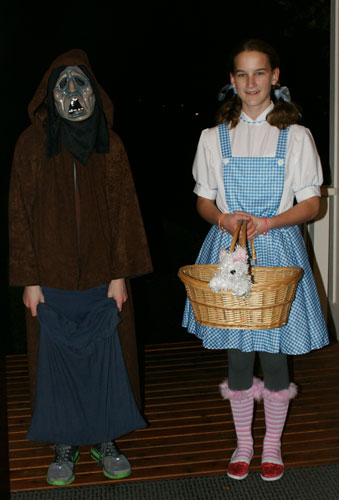 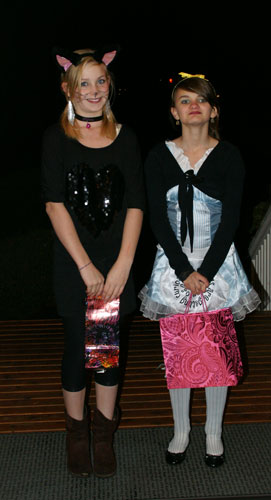 These girls live on a big nut farm down the hill 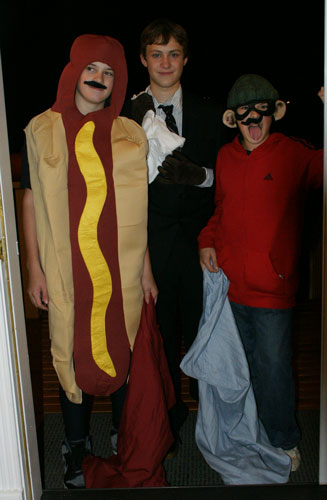 I think if you can grow a moustache, you are
too old to trick-or-treat 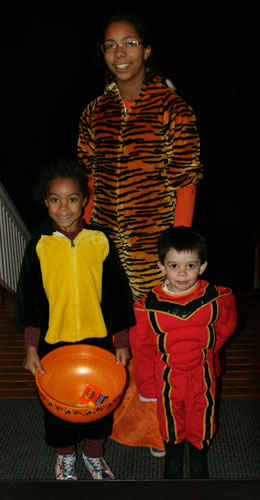 This little guy told us he was "Superman" 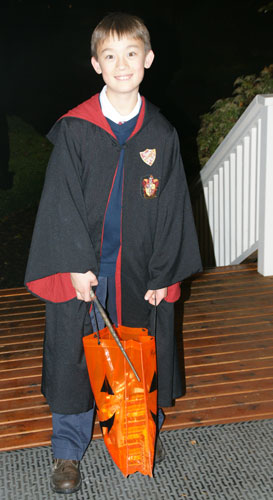 We actually know this boy by name -
Ryan is the only kid living on our road! 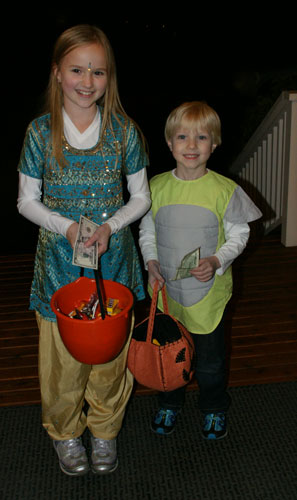 Too cute - holding the cash!

As is our tradition, on Halloween I make a big pot of chili - except this year I made a big pot of Chile Colorado. This dish is basically beef stewed in an enchilada-style sauce. I have not made this sauce for years. Not since we lived in Taiwan... which is another story all together... but I will post the recipe - and the story - tomorrow. Definitely a Blog-Worthy recipe.

Until my next update, I remain, your suddenly-craving-sushi correspondent.