We decided to not make the 350 mile (each way) pilgrimage to Pullman, Washington for the game this weekend.

2. The Cougars are a poorly-rated team.

3. An 80 year old lady flipped us (and our Duck-decorated car) off in Pullman once.

4. Someone stole/broke the windshield wipers off our RV in Pullman once. Since you can't exactly go to an auto parts store to replace the wipers from a motorhome, we had to drive two days back to Portland without wipers. Replacement = $300 each. Jerks.

5. During this same game, someone stole 48 cans of Bud Light from our cooler... but did not steal the cooler. I still have no idea how the perps carried away 48 cans of beer.

6. Did I mention an 80 year old lady gave us the finger in Pullman a few years ago?

Instead, our usual tailgate crew came over to watch the Big Game at Taylor Manor on our gianormous TV in glorious HD. 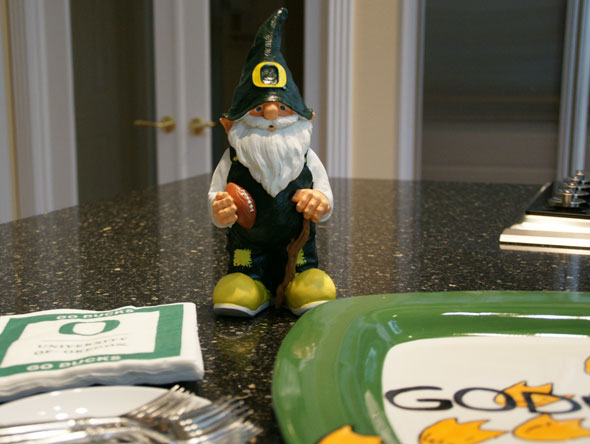 The Duck forest Gnome attended our little party as well. 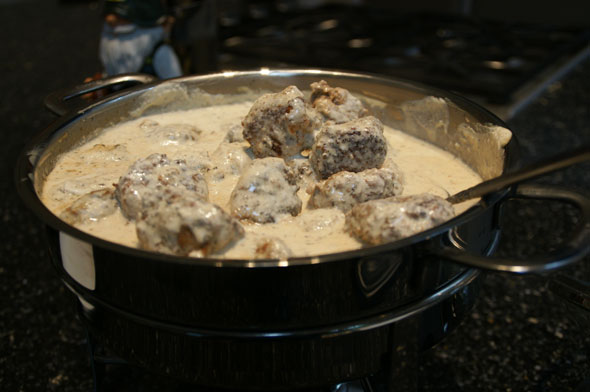 I made Swedish Meatballs. 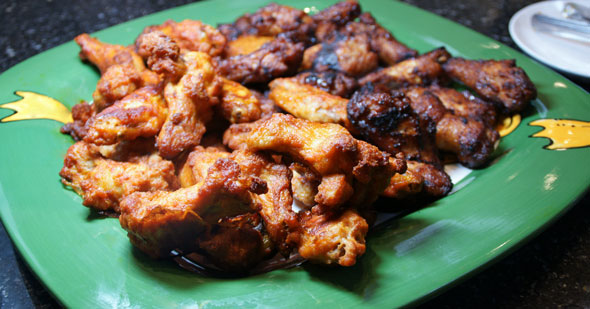 I made chicken wings. (Well, I really didn't exactly make chicken wings... I opened a 350-gallon-size bag of frozen wings from Costco and heated 'em up. They were not free-range, organic or chemical-free and they were delicious. Buffalo and Honey Glazed. 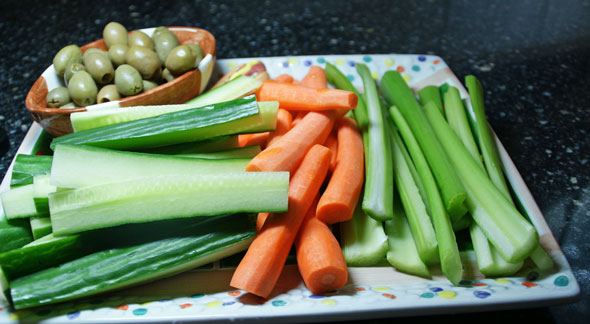 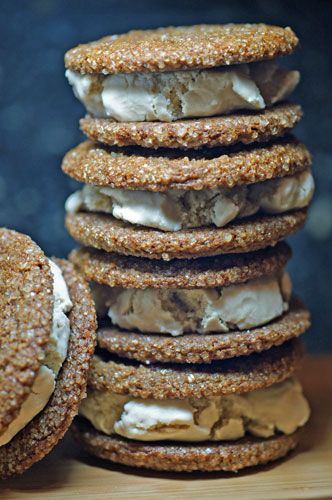 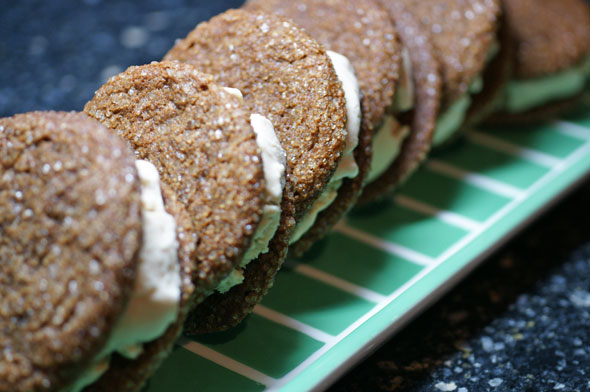 I served them on this funky retro "football field" tray. So cute. 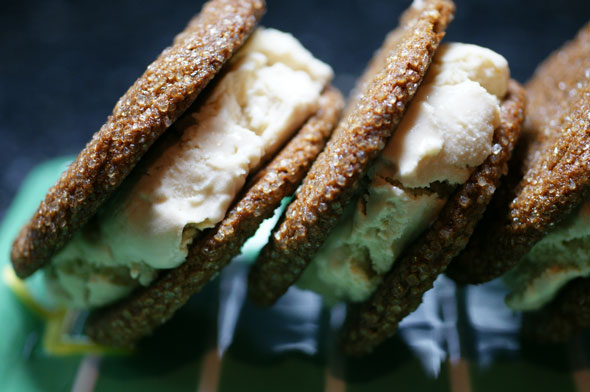 They turned out pretty and looked rustic and very-much-so home made! 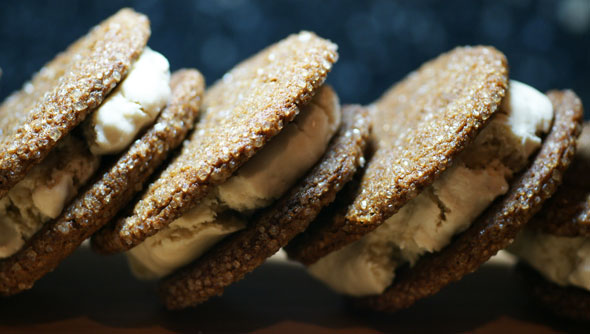 I don't need to tell you my ice cream sandwiches were organic, do I? 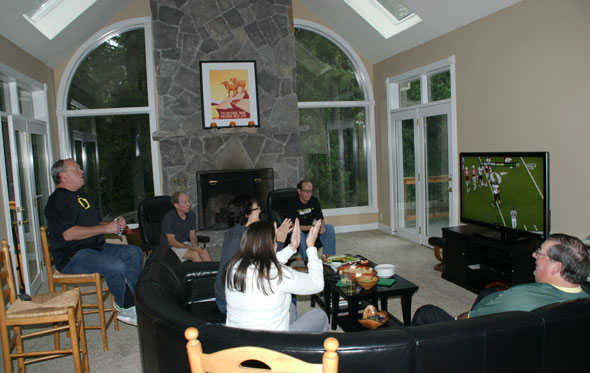 We had eight guests and the Ducks beat the Cougars 43-23. 6-0 for the season. There was a terrible moment during the game when one of our favorite players, Kenjon Barner, took a terrible hit (video) and an ambulance was brought onto the field. Soon his parents appeared by his side. Oregon players on the sideline were crying. It was very frightening (and why I dislike this sport so much). Kenjon was taken to the hospital and will remain overnight for observation. Kenjon was listed in stable condition by this evening. He has a concussion, but was seen walking in the hospital hallway! Kenjon is also a sprinter on the track team. Be well, Kenjon!

Until my next update, I remain, your GO DUCKS correspondent.
« Tour of Portland Ten Ten »