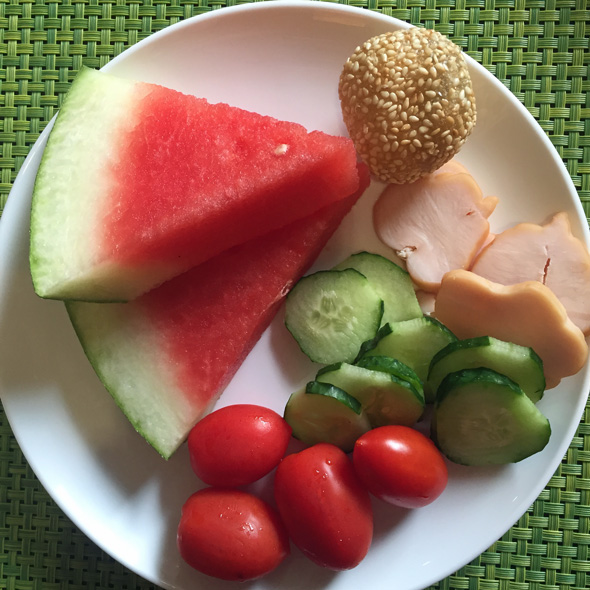 Added a little smoked chicken and a fried sesame donut to the rotation today.

Beijing, China: Another beautiful sunny (hot/humid) day in Beijing. We were over to the stadium early to watch the men's 5000m heats. 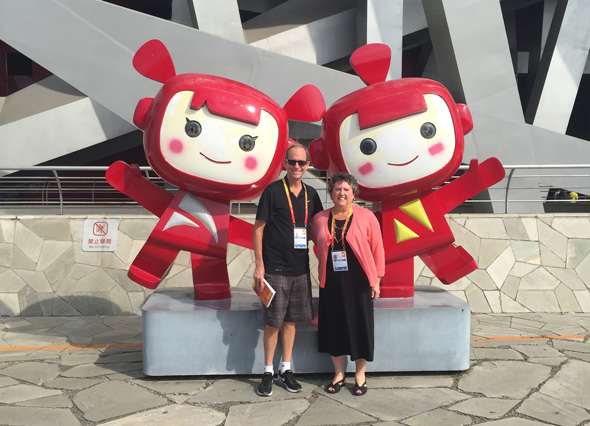 I can happily report another Duck, Galen Rupp, made it into the final and will hopefully score more points for the Peking Ducks. 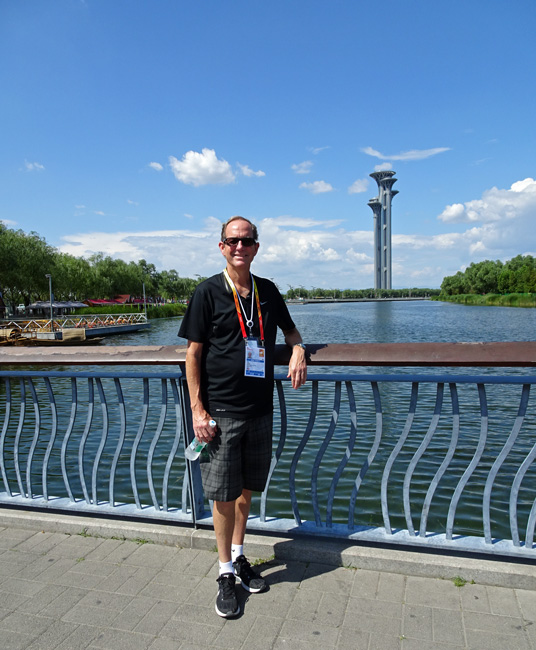 After the morning session, we walked over to NIKE hospitality to meet friends and ended-up staying for lunch as they were serving Peking Duck. A very positive sign! Dave and I were seated at a long table and would you believe Mo Farah sat down next to me? He did, and he had so much food piled on his plate, I would have thought he was a linebacker instead of a skinny distance runner. Where does he put it all? 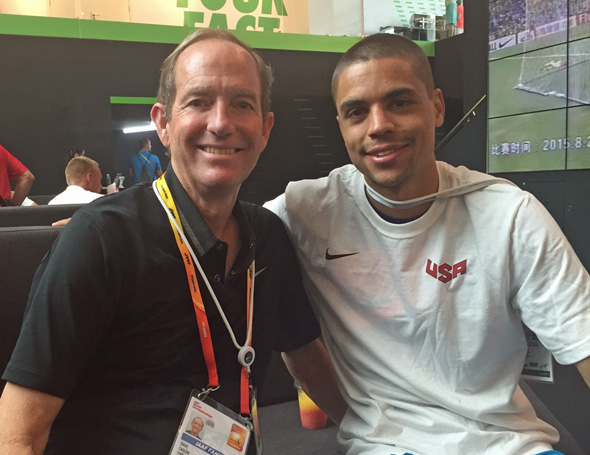 Well looky who else was at the hospitality center. Everyone wants to have their photo taken with My Driver! Matthew has his first 1500m heat tomorrow morning. Matt is in the first (of three) heat - and every heat is loaded with uber-talented racers. America has an athlete in each heat. Dave and I are really looking forward to this contest.

Even though it was very warm, we decided to walk back to the hotel and found ourselves winding our way through a quiet neighborhood between the stadium and our hotel. We were surprised to find quiet family neighborhoods only one block beyond the massive boulevards circling the Bird Nest stadium. Small shops and restaurants, schools, parks, kids playing and people talking with their neighbors.

One sad note: Tiananmen Square and The Forbidden City are closed and will remain closed throughout our stay in Beijing due to a preparation for a celebration observing the 70th anniversary of the end of World War II and the Japanese leaving Beijing.

Rinse and Repeat. After a rest in our icy air conditioned hotel room, we walked back to the track for another night of our favorite sport. Tonight's menu included the women's pole vault final, 200m heats, 400m hurdle and steeple chase final. The men will compete in the javelin and 400m final and the 200m semi's.

The javelin was won by Kenyan Julius Yego. His launch of 92.72 meters was the longest distance thrown in 14 years. USA took silver and bronze in the women's 400m hurdle final, behind Zuzana Hejnova of the Czech Republic. Justin Gatlin and Usain Bolt won their heats in the 200m semi-finals and will advance to another smack-down tomorrow night. 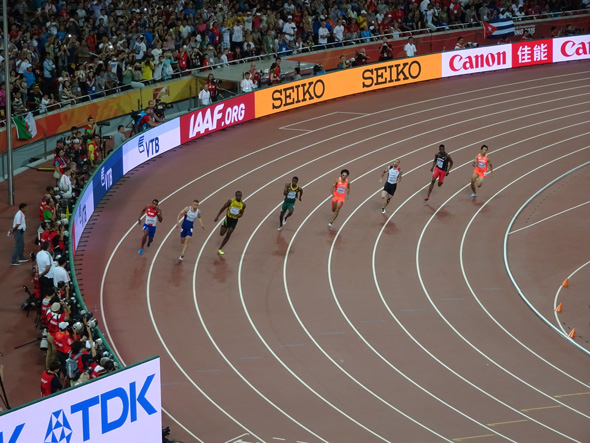 The most dramatic event this evening was the women's pole vault final. So much tension, and the camera kept panning to the coaches gathered in the stands near the pole vault pit. Watching their reactions to the jumps added a lot of excitement to the scenario. The final jumps were all at just over 16 feet. Nikoleta Kyriakopoulou (Greece, duh) missed on her third attempt and had to settle for the bronze, leaving Fabiana Murer (Brazil) and Cuba's Yarisli Silva to fight it out, with Silva clearing 4.90 meters on her final attempt. As the English announcer so cleverly stated over the sound system: Silva takes the gold!

Three American women in the steeplechase final, but no gold, silver, bronze or even aluminum foil for America, finishing 5th, 9th and 12th behind Hyvin Jepkemoi of Kenya.

The USA picked-up a little hardware in the men's 400m final. The pace was blistering fast and ended in a photo-finish with Wayde Van Niekerk of South Africa winning in a world-leading 43.48 - the fourth-fastest 400m ever in the world. (Michael Johnson still holds the world record at 43.18.) LaShawn Merritt (USA) was second with a personal best effort of 43.65, with London Olympic champion Kirani James (Grenada) earning the bronze medal with a season-best 43.78. After winning South Africa's first sprint medal since the 1920 Olympics, Van Niekerk collapsed on the track and had to be taken to a hospital where he was treated for exhaustion.

A very good night of competition and another night of good camaraderie with our posse from TrackTownUSA.

Until my next update, I remain, your sweaty correspondent.

Something I found interesting today: DT randomly showed up in a USATF video of American athletes celebrating on the Great Wall of China.