Indio, California: Though busy reorganizing ourselves for a winter in the desert, we had signed-up for the Welcome Back party the staff had planned. The theme was jungle-inspired and attendees were encouraged to wear animal prints. (Naturally, I had a leopard print blouse, and, of course, DT had an appropriate Hawaiian shirt.) We rarely attend club-wide events, mostly due to the fact the menu most-often consists of something we can't eat. Not this event! Happily, except for the passed shrimp-kabobs, the menu was pork-free: roast beef tenderloin, roast turkey, salmon piccata, roasted fingerling potatoes, sautéed zucchini and rolls.

Everyone said this was the best buffet EVER for a club-wide event, and that the staff had out-done-them-own-selves in the menu, decor, music, and planning. 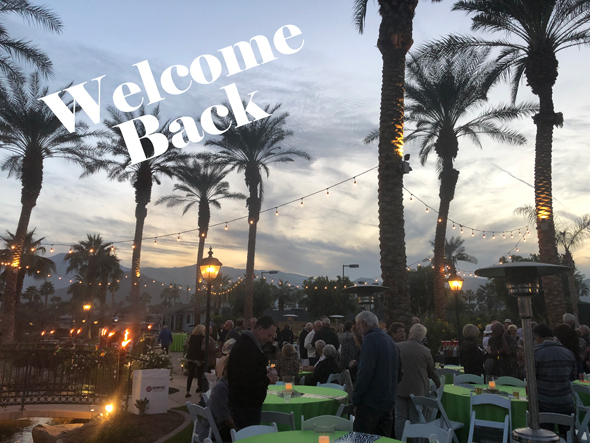 The party was held on Hughes Plaza, directly behind the clubhouse area. (The restaurant was closed for the evening, as the staff were working the party.) As we entered the "jungle", we were given wristbands, meal tickets, and a jungle-themed glow-stick lanyard. The staff wore tee shirts bearing "Safari Guide" and pith helmets! We found a table and found a cocktail. 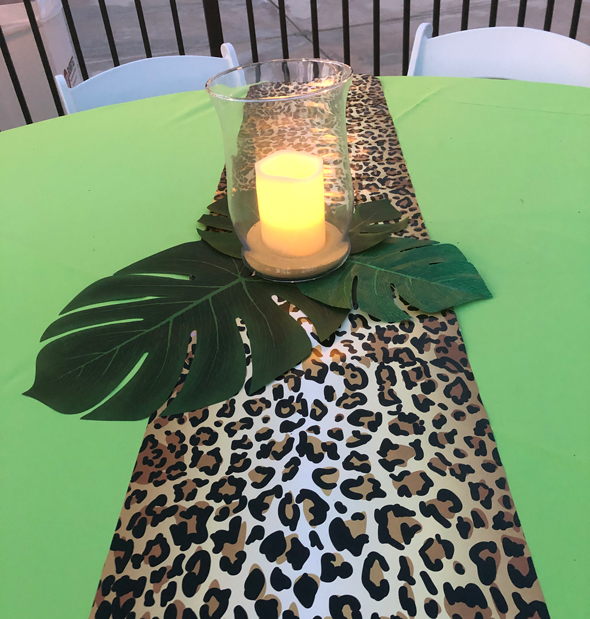 I chose a table that matched my blouse.

Before it grew too dark, I snapped a few photos of the decor: 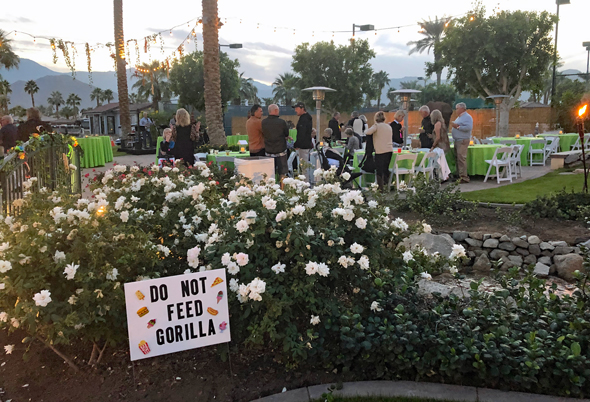 Tables were set-up on Hughes Plaza, and on the lawn.
The adjacent fire pits were blazing and attracted a crowd on the chilly evening. 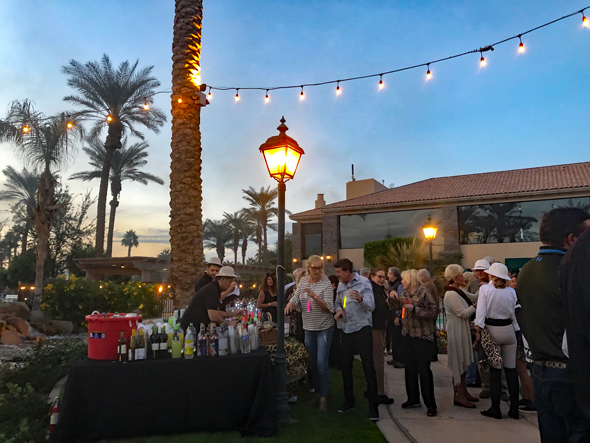 Guests, with glowing lanyards and pith helmets, line-up at the bar 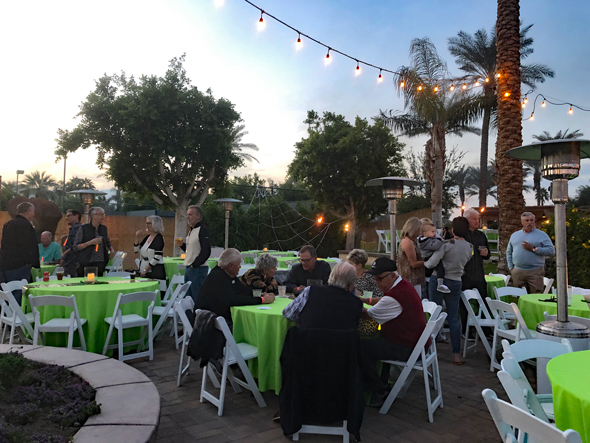 Guest arriving, and claiming a seat 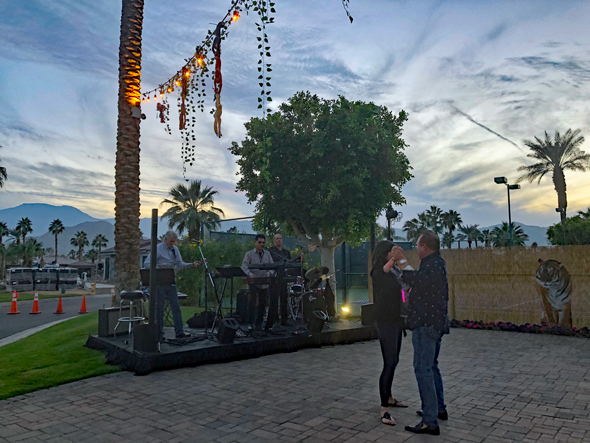 The band began to play... and people began to dance...
with a tiger looming in the distance. 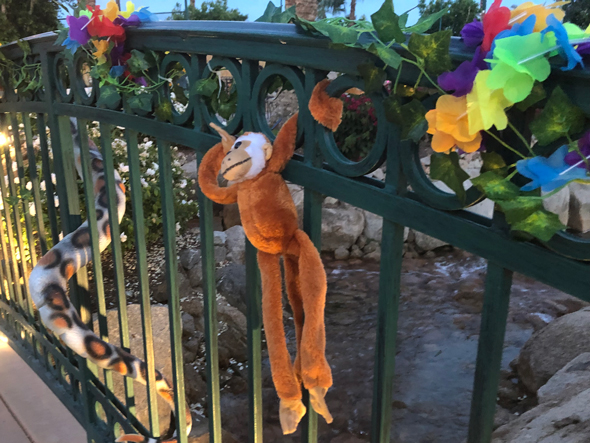 Just monkeying-around on a bridge 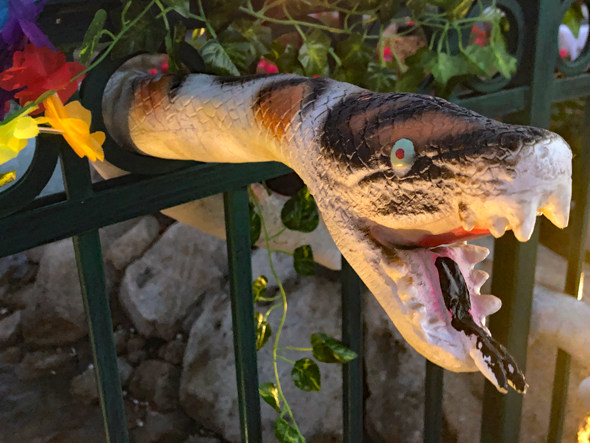 I thought the food was very good, and with two buffet lines, the crowds were processed quickly. After dinner, we were treated to a fabulous display of bite-sized desserts - there must have been a dozen varieties - on a pretty table covered with tiered platters and colorful sparkly lights. (Sorry, far too dark for a photo!)

I understand we were supposed to mingle and meet new friends, but we sat with Mary, Captain Jim, Joann, and John, thus guarantying a perfect evening in the jungle.

Until my next update, I remain, your tropical correspondent.