Indio, California:  Amidst our visits with Dave's college roommates and DT's knee surgery, we have had an issue with our clothes dryer. Our stacked (separate units) washer and dryer are the most-frequently-used appliances in our motorhome. Lots of workout clothes, plus daily laundry. Our appliances are from an UK company, Ariston, but are somehow produced in Italy... because every RVer needs a washer and dryer made in Italy, right?

Anyway, after eight years of constant, reliable, trouble-free service, the handle on the dryer (the upper unit of the stacked pair) became a bit wonky. I could still jiggle the handle enough to get the door to pop open with a serious pull, but knew it was going to break soon, so ordered a replacement part. Before the replacement arrived, the door handle broke-off in my hand, and I could find no possible way to open the door. I tried the string method. Did not work. I tried a flat screw driver. A letter opener. I phoned Ariston and they told me the door could be pried open. I tired. I tried. I tried. I was afraid the (plastic!) casing would break, plus it was very difficult to get any leverage with the dryer wedged tightly inside a snug cabinet. The new part arrived, but could not be installed with the door locked shut.

What was a girl to do?

Billy! Our friend, Billy, is the handiest of handymen, can fix everything and is clever enough to figure out how to fix anything. He has remarkable skills as a carpenter, owns every tool, and is always willing to help me out with a chore. Bill is the unofficial Mayor of the Motorcoach Country Club and one of our most popular members... and, okay, he is ridiculously handsome.

The door would not open, but the dryer still worked. It was filled with a (dried!) one week supply of table linens, kitchen towels, etc. Bill came by this morning and pondered. I told him of my attempt with the string technique. He tried this method, and with me pulling the door out and Bill pulling the latch inward with the string - dang if the thang didn't pop open!

Bill removed the male portion from the dryer door and popped it into the female portion on the unit so the dryer would operate. It worked. There was, however, one slight problem: the door had no way to remain latched during operation. 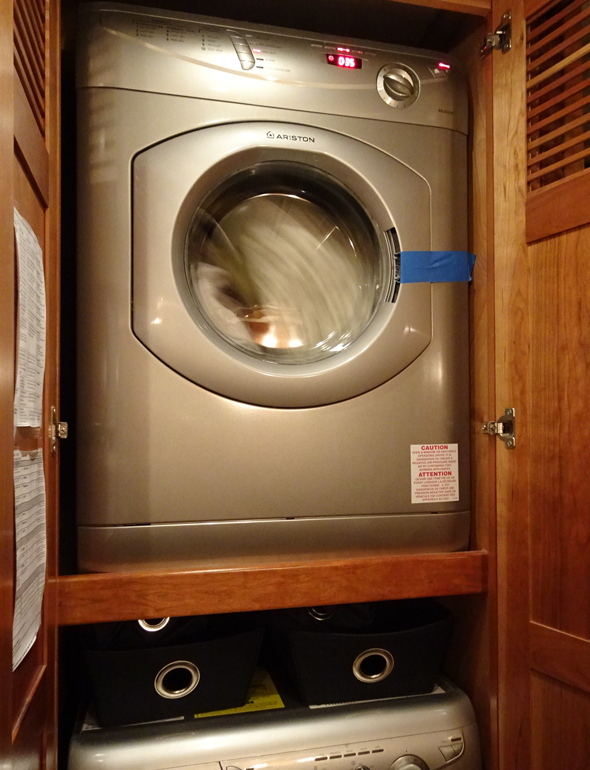 Which is how we now have this (above) fancy-schmancy dryer door blue tape "handle" situation going-on in our motorhome. Because we are classy like that. Laugh, but I did two loads of laundry this afternoon. 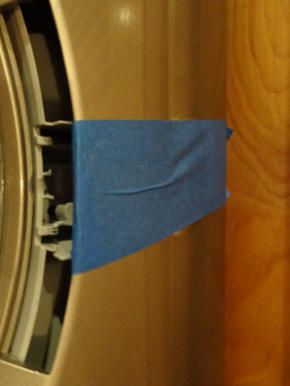 Left, how the door handle SHOULD look, and right, our clever work-around

After comparing the new dryer handle part with the broken handle, Bill and I realized part of the opening mechanism had snapped-off from inside the dryer door as well, so additional parts will be needed to repair the handle... or possibly even a new door? Ariston will be contacted Monday. If a new door is priced less than half of a new dryer, a new door will be ordered. Billy said he would swap it out for us. Again, the machines are eight-plus years old - and they will fit through the front door of our RV. Just in case.

Updates as this story develops, assuming the entire US press hasn't been shut down completely by next week.

After spending Friday (yesterday) inside the RV, icing his knee, drinking plenty of fluids and resting, My Driver felt quite a bit better today. He hobbled out to the golf cart (the stairs in/out of the RV via crutches are the biggest obstacle right now) and we joined Mary and Captain Jim at their campsite to watch the Oregon v Stanford basketball game on the Pac-12 Network. (Our provider, DirecTV, does not carry the Pac-12 Network, so we have to watch these game elsewhere, and Captain Jim and Mary always invite us when they are not in Hawaii in town. 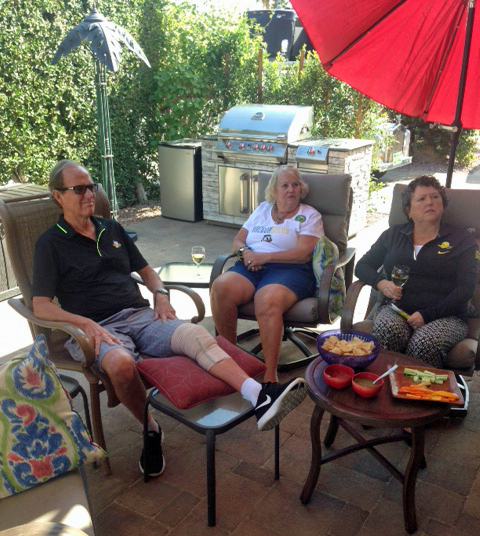 So here is My Driver with his bandaged knee. Dave is being so good about icing and keeping it elevated. The hospital sent him home with a list of "exercises" and he is working through the series several times a day. The bandages can be removed Sunday and he can finally shower. Dave's hospital nurse actually phoned today to see how he was doing!

The Ducks beat Stanfurd - barely - and Mary served us Chicken Chili for a lovely half-time luncheon. Thank you, again, dear friends, for taking such good care of us. 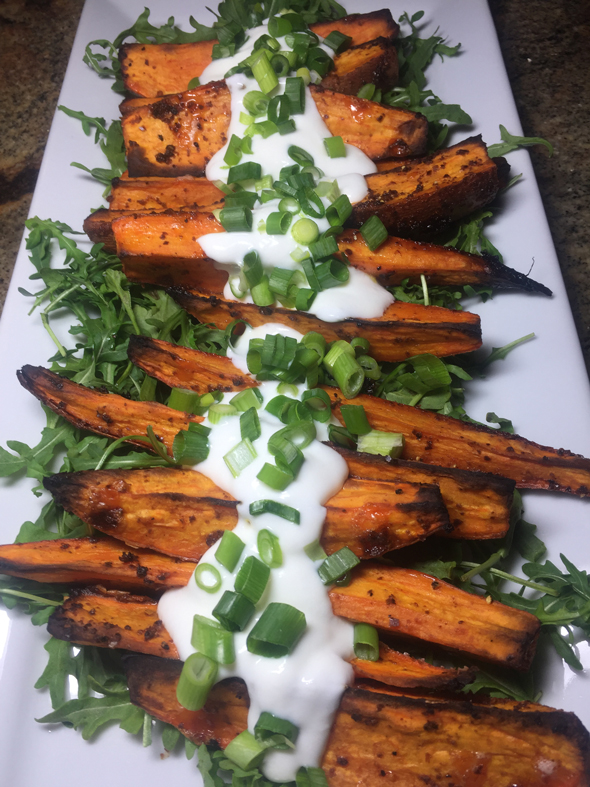 If you haven't tried this recipe yet, I encourage you give it a spin. Now that I have prepared the recipe five times, I have it down. Use sweet potatoes. Use aleppo pepper. One small potato per person is more than plenty. Serve as a side dish or place the roasted potatoes on a bed of fresh arugula and it is a one-course meal. Tonight I did not reserve any of the aleppo pepper to sprinkle over the dish as a garnish - I just put the entire Tablespoon in the marinade. This can't get easier.

Our favorite kindergartener, Leo, ran in a jog-a-thon fundraiser for his school this week. The little guy ran more laps than another kindergartener (!) and raised a lot of money, through pledges from family and friends, for art programs at his school. We are so proud of our little track star. (Wonder where he gets it?) Go, Leo, Go! 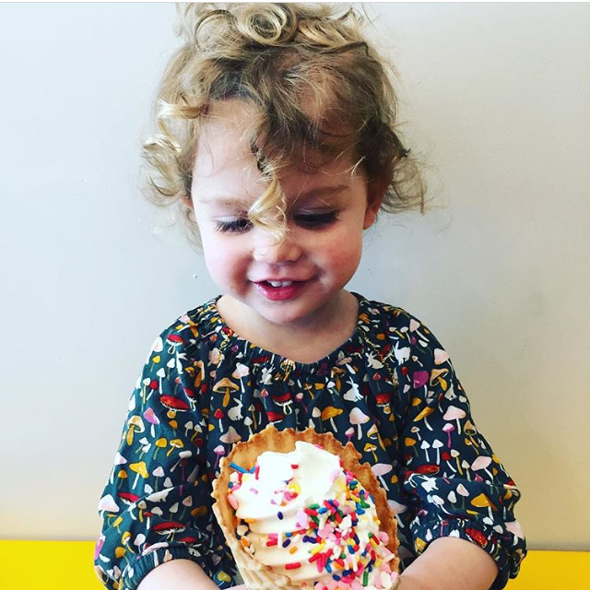 Sometimes a girl needs an ice cream as big as her head.