Happy New Year! We have had a very busy week - cooking, traveling down to Eugene for the Arizona game, and observing Yom Kippur. We are now getting ready for two trips - with only one day at home between trips! I found a bunch of photos from the week on my super-really-old iPhone - lucky you!

October started with a new recipe. For the first time ever, I made chicken confit (pronounced CONE-fee), which, exactly like duck confit, is simply chicken oven-poached in it's own fat. This method was (before modern refrigeration) a great means of preserving meats, but now it is just a great way to enjoy melt-in-your-mouth poultry with super-crispy skin. It takes three or four day to make this dish, but only requires a few moments of actual work.

CONFIT BASICS: Whole chicken legs are sprinkled generously with salt and pepper, covered and refrigerated for at least 24 hours. Then a few sprigs of herbs are added to the pan and the meat is completely covered in just-melted chicken fat (rendered chicken fat, i.e., schmaltz, which I can buy frozen at the grocer), covered in foil and baked at 200° for four hours. Next step is carefully removing the poached chicken to a plate, straining the herbs from the fat and pouring the strained fat back over the cooked chicken. (I used a glass loaf pan for every step of this process.) After 24 hours of refrigeration, the chicken is removed from the hardened fat, scraped of any hardened fat and fried for a bit on either side... resulting in this: 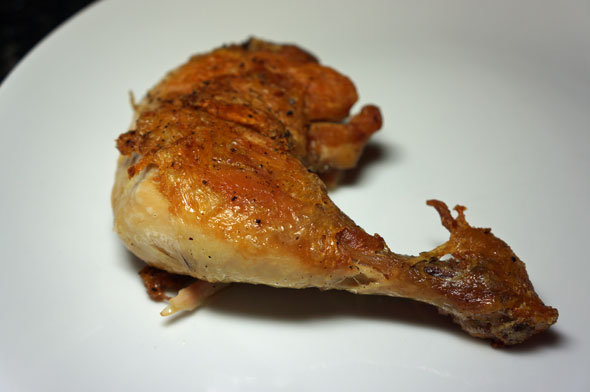 Seriously was one of the best things I have ever cooked. I used this recipe as a basic guideline - only substituted chicken anytime you see the word "duck" in the recipe... just because I had a wholelotta chicken fat in the house.

I served the confit with Leeks Vinaigrette,, because, well... they just go so well together. 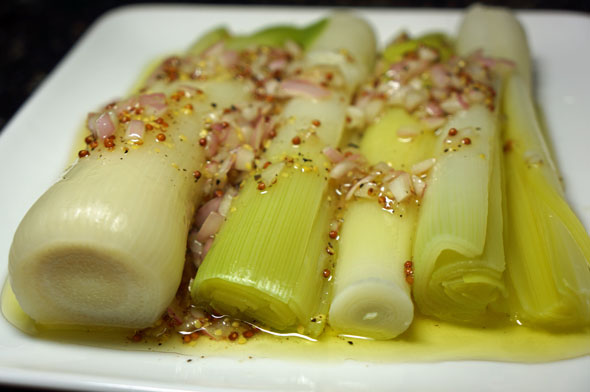 If I live to be 100, I will still have to think-out how to spell vinaigrette. Every dang time.

In my spare time, I made Fondue Potato Gratin for the October RV Goddess Newsletter. Don't get the newsletter? Too bad! Sign up right away. 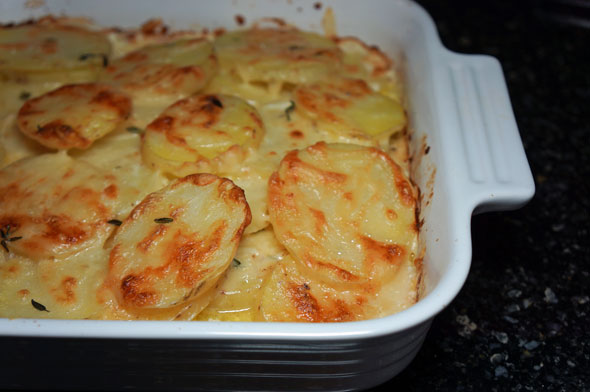 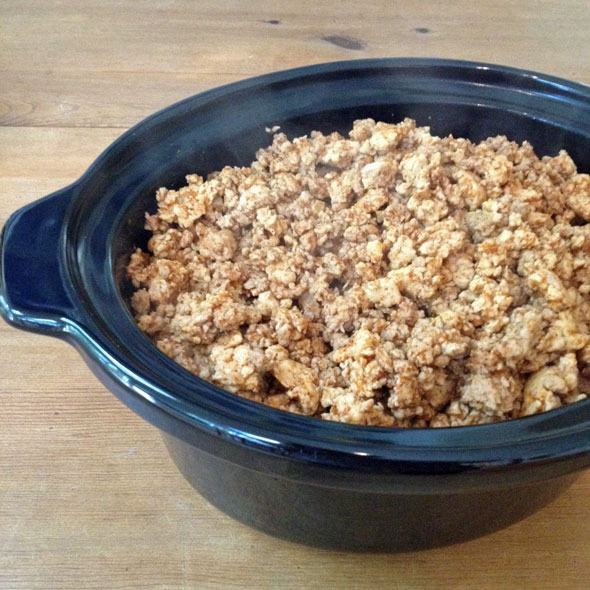 The mixture traveled down I-5 in my crockpot, nestled in the sink of our RV. I'm real classy like that. To make sure the mixture did not go flying all over the place if DT suddenly slammed on the brakes, I strapped the lid to the crock using blue painters tape. Like I said, classy! 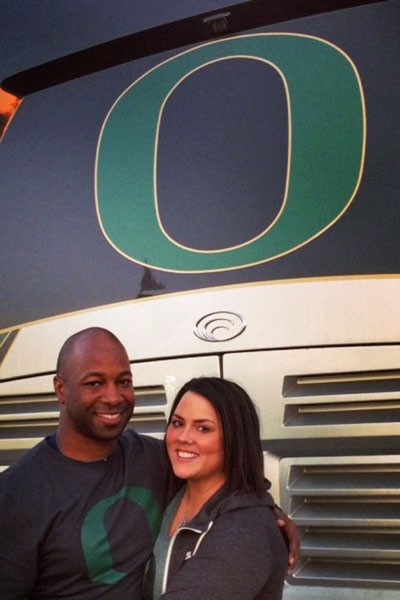 Gordon flew in from Florida for his first-ever Duck game. Cory flew in from Las Vegas for her zillionith Duck game. Ducks lost to Arizona. Will Gordon ever be welcomed again?

Of course... especially since so many top-ranked college football teams lost over the weekend. Still, the #2 Ducks done-slud all the way to #12.

Dave and I returned home Friday morning after spending the night at Premier RV Resort in Eugene. It is fun to drive two hours south from Portland to Eugene on game day in a pretty RV with a massive "O" painted on the back. Cars honk and wave. I can't tell you how many people we see taking a photo of our RV with a phone/camera from their car. It's a completely different story on the return trip north after a loss.

No one even waves.

OMG - those poor people! They must be so embarrassed to drive around with that massive "O" painted on the back of their motorhome! 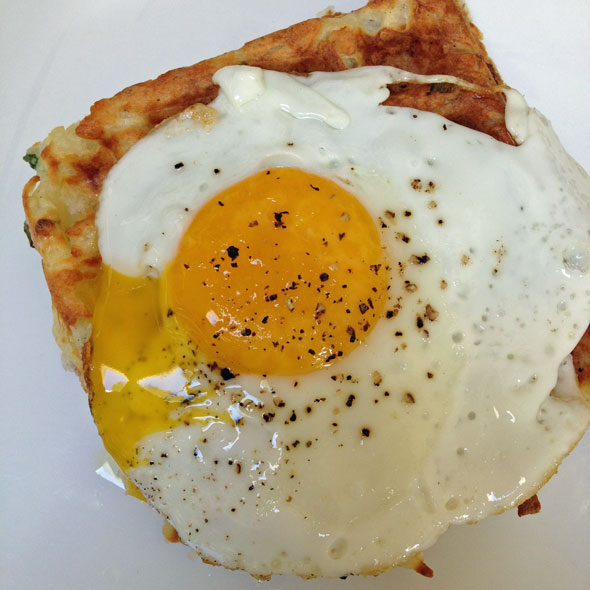 I tried the whole-latke-in-the-waffle-iron thing. We did not like the result, but apparently everything is better with a fried egg on top these days.

Our Yom Kippur fast went quickly and we enjoyed a beautiful service - streaming on-line - from Lenny & Lisa's temple in Los Angeles. (Yeah, pretty sure that is not Kosher on Yom Kippur - a day that requires no work, no food, no water, no bathing, no use of anything remotely electronic, no nothing. I cracked-up when the Rabbi asked everyone in the congregation to please turn-off their cell phones during the service, and then - in the next breath - said, "we are now live-streaming". Ironic?)

One more photo from my phone, sent by The Lovely Lisa of our precious Lucy at 6 weeks: 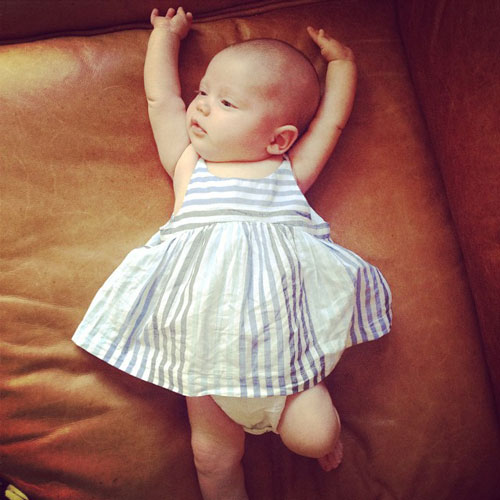 Bubbe, when are you coming to see me?

Until my next update, I remain, your cleared-cache correspondent.
« One-Pot Mac & Cheese Back to Los Angeles »