Before leaving Bakersfield this morning, during our safety check ritual, DT noticed a massive blow-up turkey in front of the resort. He asked that I take his photo with the turkey for Leo. 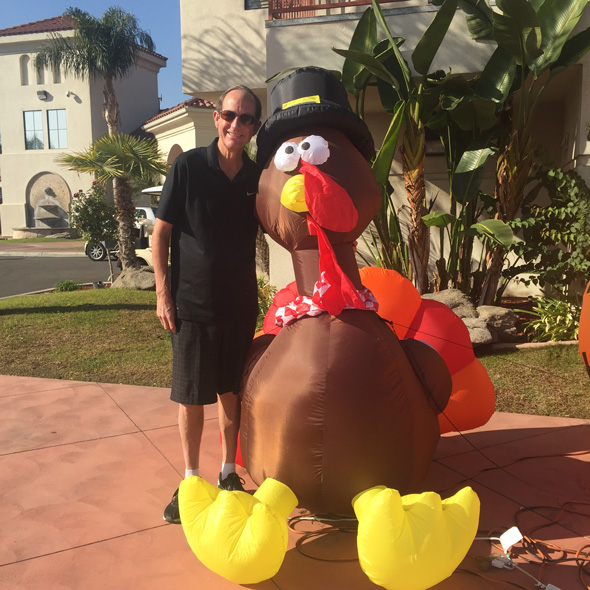 Our drive today was over Tehachapi Pass and down through San Bernardino and into the Coachella Valley to Indo. We stopped to top-off the tank and have lunch in Victorville. 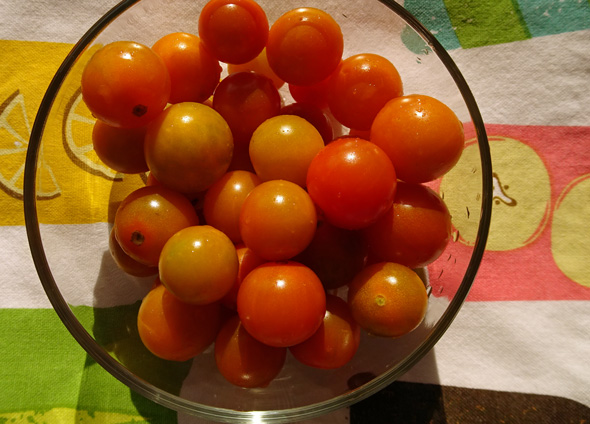 Sister-in-Law Gina had given us so many veggies from her prolific organic garden. Today her cherry tomatoes were the star in our "bowls" - brown rice, black beans,Yumm! Sauce, shredded cheddar, Gina's tomatoes, sliced olives, sliced avocados and fresh cilantro. 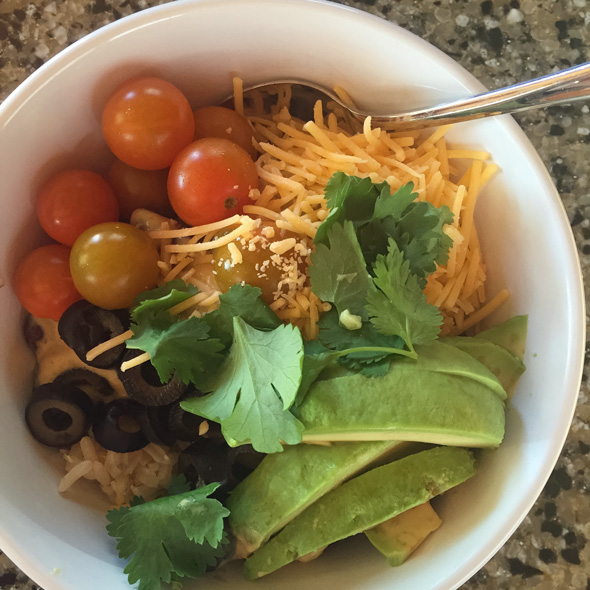 A great refueling stop - for our gas tank and our bellies.

After climbing up and down so many hills and mountain passes today, with outdoor temperatures reaching ONLY 85 degrees, our SmarTire monitoring system began beeping telling us our tag axle tires were over 194 degrees - about fifty degrees above normal. 50,000-plus miles, this is the first time we have had this warning... and let me tell you, 85 degree outdoor temperatures are nothing in our resume.

Since we were not familiar with this warning, it was decided we should pull-over to the nearest shady spot and let the tires cool down while I googled like a madwoman on my phone to better understand the alert. We phoned Les Schwab in Junction City, Oregonwhere our tires were installed last year. They were extremely helpful (duh!) and noted our SmarTire system may have not been reprogrammed/adjusted when we had new tires installed? We can't recall either, but the tech advised us to keep a watch on the temperatures and if it climbed much over 200-degrees, we needed to pull-over and rest for an hour before continuing. Good advice. The Les Schwab tech also said this is very common when coming down long hills and braking a lot. (Oh, yeah, we just did that.)

As we continued to Indio, the tire temperatures dropped and dropped until they were completely normal again. No idea what the issue was, or if, indeed, there is an issue.

After pulling into the beautiful Motorcoach Country Club we could care less about our tire temperature trouble. Tires? What tires? 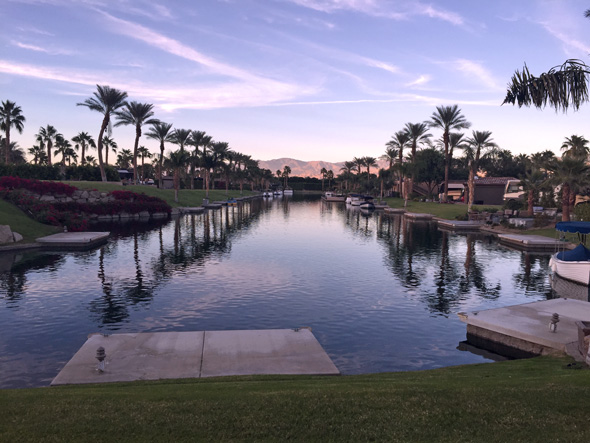 Not when you have this view.

Maricella and her crew had cleaned our casita and outdoor living space. The gardener had planted a zillion yellow flowers. We have arrived to Paradise.

We arrived just in time for Happy Hour at the Clubhouse.

Until my next update, I remain, your normal-temperature correspondent.