It has been a wonderful winter away. We were able to spend so much time with our grandchildren (and their parents). We were away 165 days and I updated this blog 86 times (including nearly one thousand photos!). If you followed along, thank you so very much!

We took only one RV road trip (within this trip) - all the way to Pasadena to dry-camp while watching the Oregon Ducks win the Rose Bowl Game on January 1st against Florida State. We took one plane trip to Dallas in January to watch the Oregon Ducks lose to The Ohio State University in the first-ever college football play-off. After this miserable freezing experience, I announced my retirement from the sport.

After the college football season ended, everything was more relaxed. We had many visitors and went to Los Angeles often (ten times over the winter) to visit our kids (and they came to visit us occasionally as well). Dave flew home a few times for meetings, but mostly we were able to enjoy our time in the sunshine. I can't even begin to count the number of tacos we consumed. $1.79 each. It really adds up.

One constant subject on the blog over the winter was a person I have never met - University of Oregon quarterback Marcus Mariota. He led Oregon to the Pac-12 Championship, then the Rose Bowl crown. Mariota won the Heisman Trophy, made the cover of Sports Illustrated again and again, and was drafted by the Tennessee Titans. All that in just the last nine months. What a guy!

During the two-hour drive from Eugene to our home in Portland, the Magna Peregrinusreached a mile-stone: 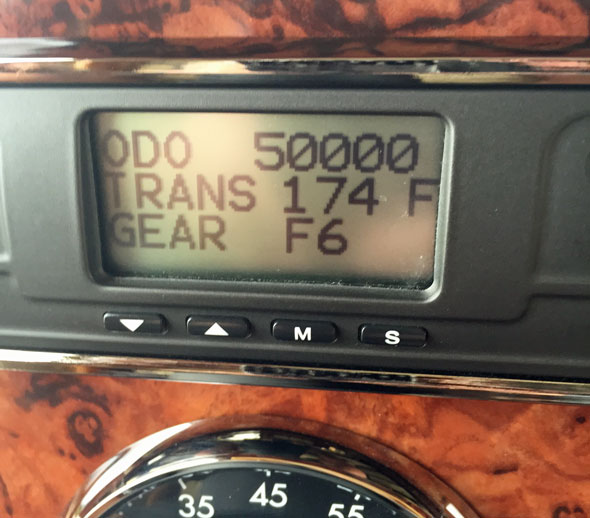 Seven years old and 50,000 miles. Since Cummins diesel engines are built to go a million miles, we had better get busy. (At this rate it will take us 140-ish years to reach a million miles.)

The homestead appeared to be in good shape and it feels absolutely cavernous compared to our teeny motorhome. 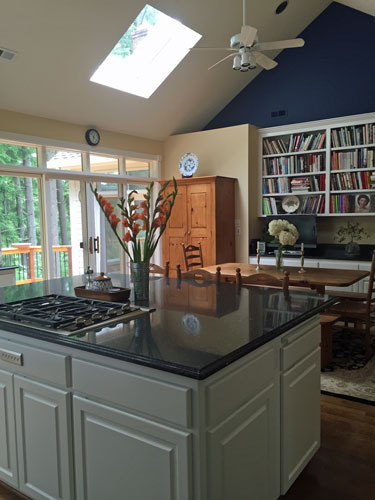 Our kitchen is bigger than our RV.

We spent most of the day unpacking the bus and organizing. I no longer double-up on food items (since we are away for months instead of weeks). Every bit of food (except spices) from the RV kitchen had to be carried into the house. I realize this is annoying to many of y'all, but my plan is genius if you travel for extended periods of time.

NEW RULE THIS TRIP: If it doesn't fit in a wide-mouth quart mason jar, it is too much food. Four cups of dry rice is a lot of rice - especially if you haul around three or four types of rice! These days I keep very small quantities of staples and replenish most things - rice, especially - from the organic bulk bins at the grocer. Great prices and you can buy just the quantity needed. I chose quart mason jars because they are inexpensive, readily available all over the country and  - mostly - because they fit two-deep in the motorhome pantry.) It takes a very short time to transfer the entire pantry between kitchens.

Clean. Easy. Simple. Cheap. Pest-free. Light-weight. This may not work if you cook for a crowd, but it works for us.

Phase-One was completed today: kitchen and clothing. Tomorrow we will tackle anything else.

We met Mary & Steve for Sunday Night Pizza. Though we have daily contact, this is the first time I have seen them since that freezing football weekend in Dallas in January. After delicious gourmet pizza, we ruined everyone's palate by taste-tasting the Bean Boozled Jelly Belly candies - where the jelly beans in the box look the same, but one has a lovely flavor, like juicy pear or coconut or peach or popcorn, and the matching/identical bean tastes like, well, boogers... or baby wipes... or barf... or rotten egg. You get the idea. 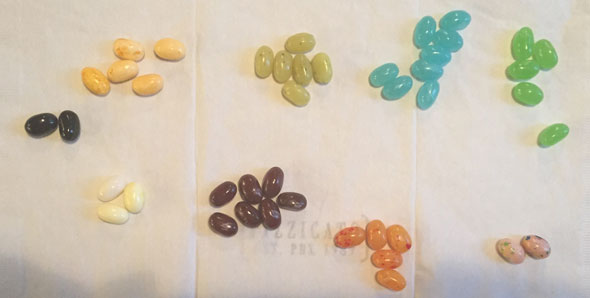 I dumped the little box of candy onto a paper napkin and sorted the jelly beans by color. Both of the black candies on the far left were "skunk spray" - we did not get a licorice version in our package. I can tell you "skunk spray" was the worst of the worst of the worst we had tonight, with "baby wipes" coming in a close second. The pretty teal blue jelly beans that were flavored like "toothpaste" were absolutely a delight compared to the brown disgusting "canned dog food". (Mine was dog food, DT grabbed a chocolate version. Dang!) Anyway, if you find a box of this trick candy in your grocer, get a package for your favorite kid (or gross-out of your husband/wife/friend... dare I say it? Boss!). We were laughing so much - really a fun game. 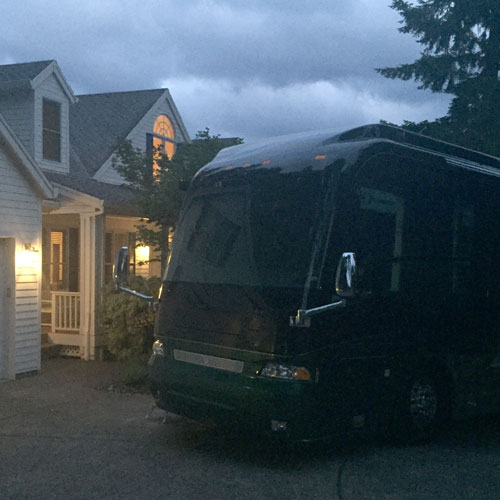 Both homes; one photo.

« End of the Road Back in the Saddle Again »