We had quite a time of it too.

The weather continued to be beautiful as we left Ashland, continuing north on I-5. We had breakfast/early lunch at Heaven on Earth (exit 86). This place if super famous in Oregon and people are devoted to their massive cinnamon rolls and baked goods. I suppose the cafe is deemed "heavenly" as the dining room has a not-so-subtle Jesus theme and Christian music is piped-throughout.

Dear Lord, look at the size of their RV parking lot! 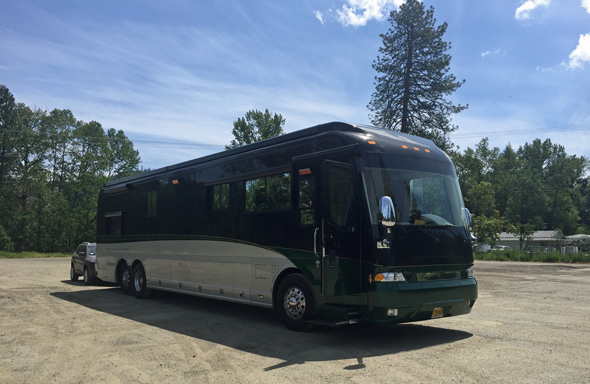 Plenty of RV parking behind Heaven on Earth 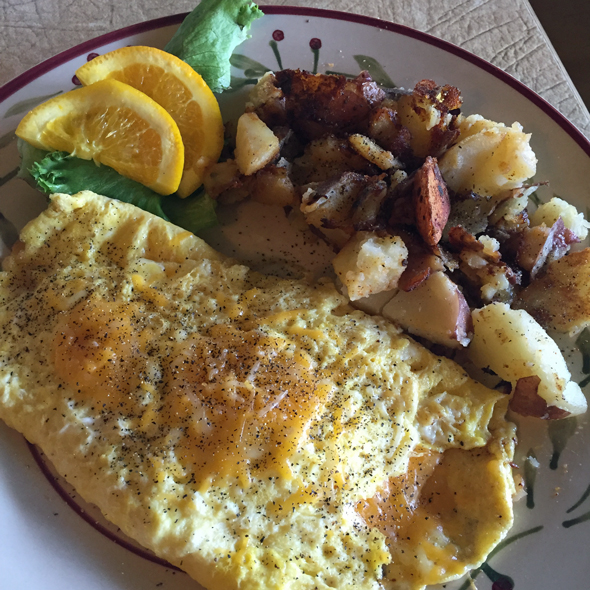 DT had a cheese omelet (black pepper was added by DT) 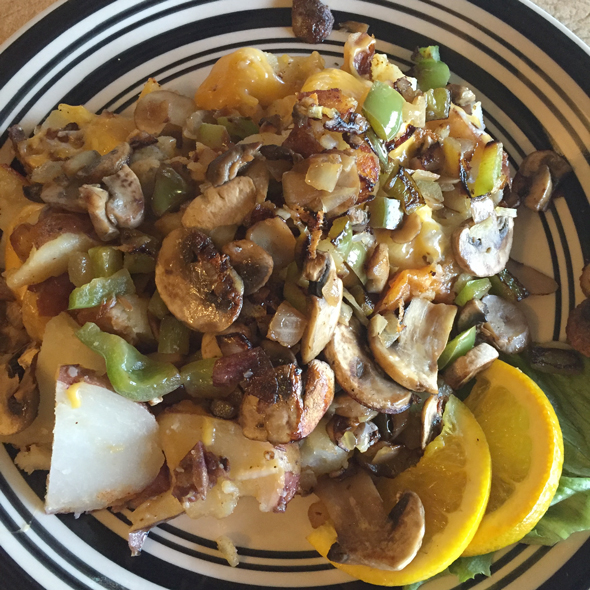 There are tables and racks filled with baked goods of all sorts - including bowling-ball sized cinnamon rolls. Pies. Cakes. Cookies. Tarts. Strudels. Cobblers.

If you are cruising down I-5 in Southern Oregon, definitely give Heaven on Earth a try. Breakfast, Lunch or Dinner - no matter, every meal is served all day. Heading out? No problem. They will make you a lunch to-go.

We could have continued all the way to Portland, but realized after unloading our belongings into the Jeep, we would have to face Friday rush hour traffic. Forget about LA traffic. Portland traffic is simply awful. Instead, we pulled-over for the night two hours south of our home and slept at the Premier RV Resort in Eugene (I-5, exit 199) - same place we stay for football games, track meets and all things Duck.

This last night on the road gave us opportunity to empty/flush all the tanks, clean out the fridge and generally prep for putting the motorhome in storage.

Except it began pouring rain at midnight. Then lightning. Thunder. 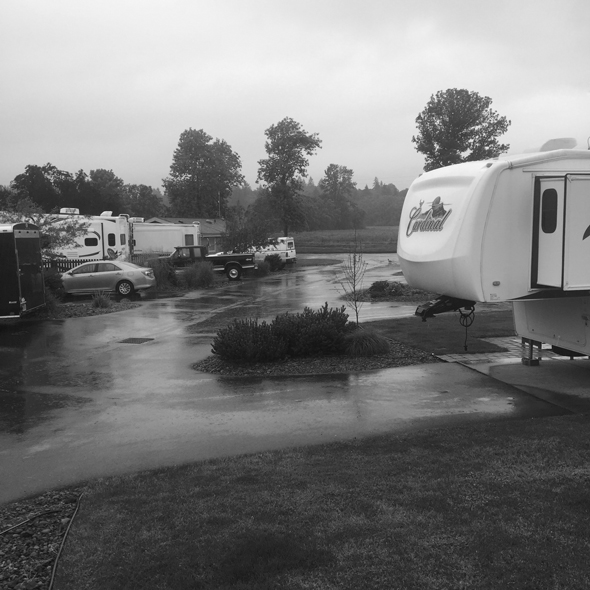 The morning light revealed puddles galore outside, puddles on the floor in the bathroom due to an open vent and a very soggy hitching-o-the-Jeep.

Two hours later, we were at our RV storage facility. The Jeep was placed inside the dry garage. I gathered and DT carried our belongings to the car. We brought our clothes, electronics/computers/cameras and whatever food would get us through the night. Tomorrow we will go back - with the Tahoe - to fetch the golf clubs and anything else. I am washing all the bedding and towels, which will be returned to the motorhome tomorrow.

This winter was our least-exciting winter away in quite a while. No, wait. Ever. Due to Dave's full-time unpaid job at TrackTown USA and his busy flight schedule to/from Portland, we were unable to travel in our motorhome. Our bus sat at the Motorcoach Country Club all winter. Not exactly the worst place to park, that is for sure, but we hope to travel more next winter as Dave will soon be finished helping organize track meets and will instead concentrate on relaxing, golf, his family and maybe me.

We sure did a lot for people who did not do very much. Thank you for reading!

Until my next update, I remain, your Portland correspondent.