Las Vegas, Nevada:  After exercising, we spent the day trying to keep ourselves busy before the conference championship game. The game didn't start until 8p, so it was a very long day.

We did a lot of grazing. 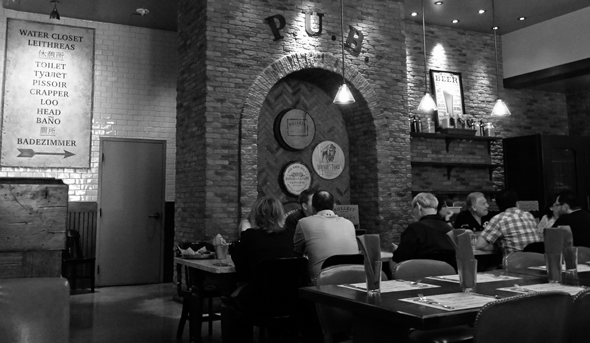 Our first meal of the day was at Todd English's P.U.B. Fish and Chips, of course. 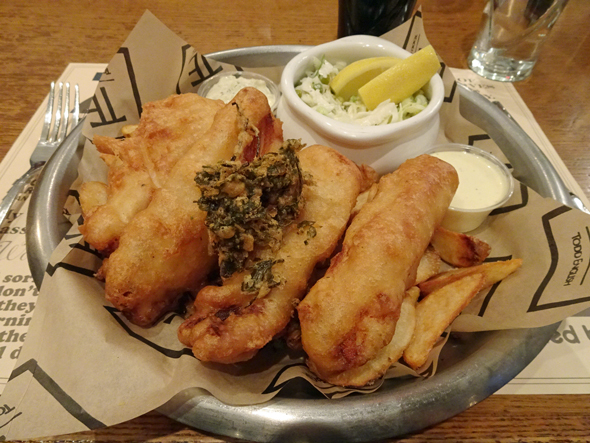 The serving was so massive, it required a tray. Ridiculous amount of food. So much waste. Speaking of ridiculous, take a look at a cocktail offered at the restaurant:

Kinda puts my $32 cocktail on Thursday to shame.

It was a beautiful warm sunny day, so we did a bit of walking outside, as much as my cane-user could handle. Later, I actually did a little needlepointing in our hotel room to keep my mind off the game. 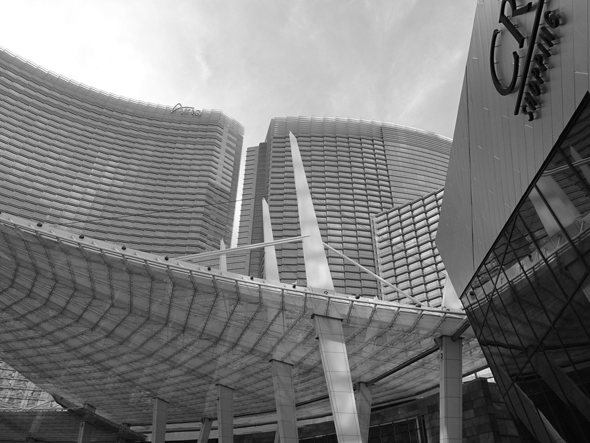 The Aria Hotel in Las Vegas 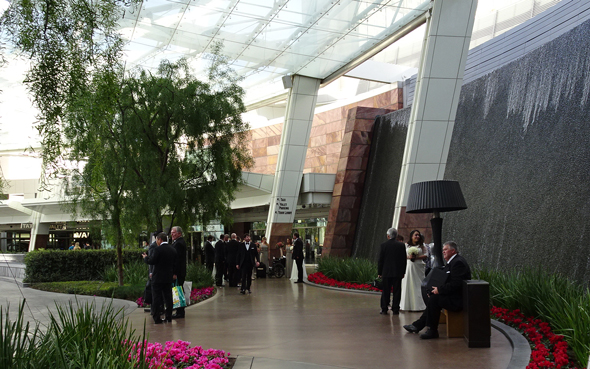 Two bridal parties, posing for photos in front of a "wall of water" fountain at the Aria Hotel. 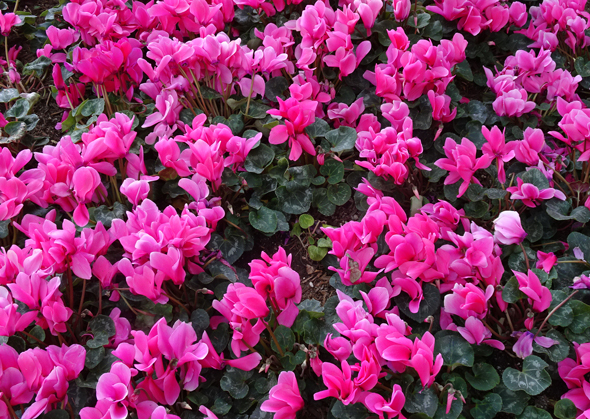 Just as we were getting ready to meet Jill & Blake for a snack before the game, word started to spread that one of the Duck star players, Chris Boucher (pronounced boo-shay) was out with a torn ACL! Oh, no! Apparently, he hurt his knee during Friday's game, but thought all was well, until he woke this morning with terrible pain. Sad news for the team, but devastating news for Mr. Boucher - a senior - not being able to play in the NCAA tournament. 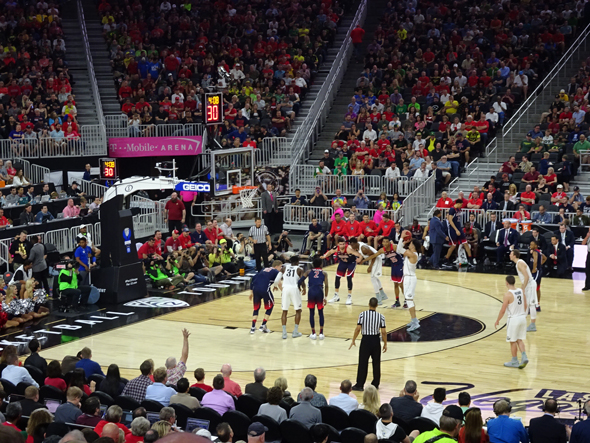 It was a sea of red in the stadium. The Arizona fans were plentiful, loud and proud... and sadly, even though they were ahead the entire game, also quite rude. The Ducks kept fighting and would get within four points. We would be hopeful, but the Wildcats just keep pulling away. 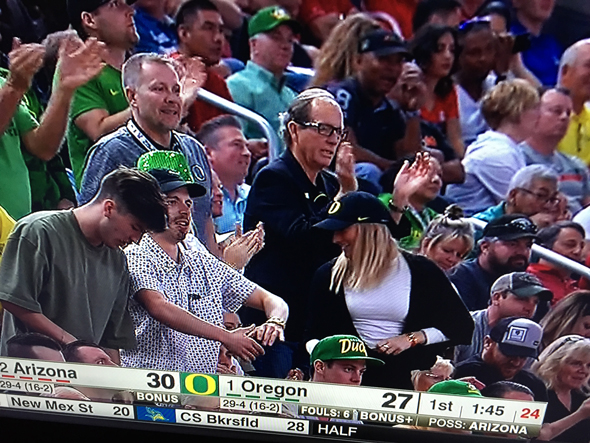 Several friends sent this photo to us - DT caught on the televised broadcast! I was sitting next to him. I swear. 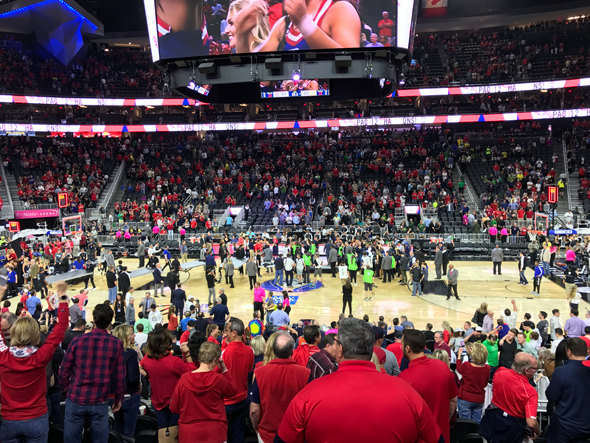 The Fighting Ducks were no match for the Arizona Wildcats tonight. The final score was 83-80. So close.

More snacking after the game - we met Mary and Steve's #4, Cory, and her boyfriend, Gordon, for drinks. 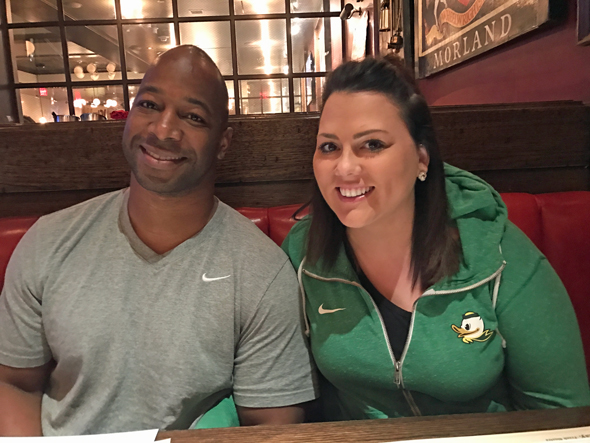 It was a very long day, happily capped-off with spending time with the kids instead of whinging and whimpering about the loss. The Ducks are highly ranked (currently #5), so will play in the national tournament - March Madness - as will Arizona, UCLA and maybe more Pac-12 teams. We will have to wait for the seeding.

Until my next update, I remain, your GO DUCKS correspondent.
« More Advancing Afternoon with Lucy »