Indio, California: Today was the day the Magna Peregrinus received her annual waxing. First the crew from Dynamic Mobile Detailing (760-250-5815) washed the bus and then they apply a coat of wax and hand-rubbed it to a glorious shine. The tires and wheels were also treated. 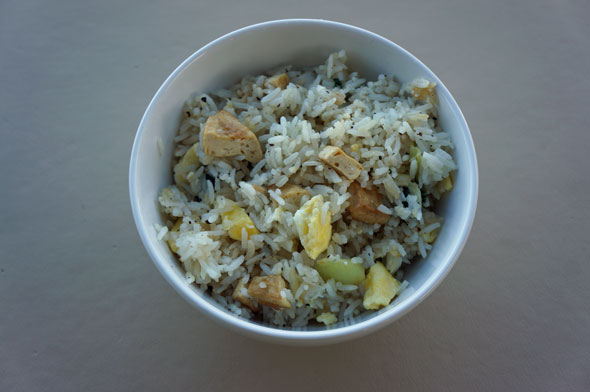 Which meant we needed to be exercised, showered, dressed, orders processed and ready to make ourselves scarce for several hours today. 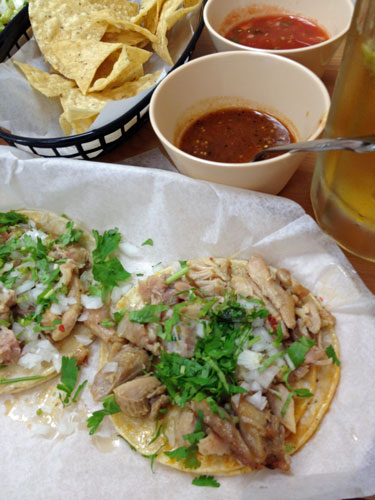 Perfect excuse to linger over a taco or two at Tacos Gonzales. Our lunch = four tacos, two Mexican beers and an order of guacamole - $16. Can't beat that.

After lunch we ran a few errands, visited a bike shop - the post office, of course - and hit up Costco. 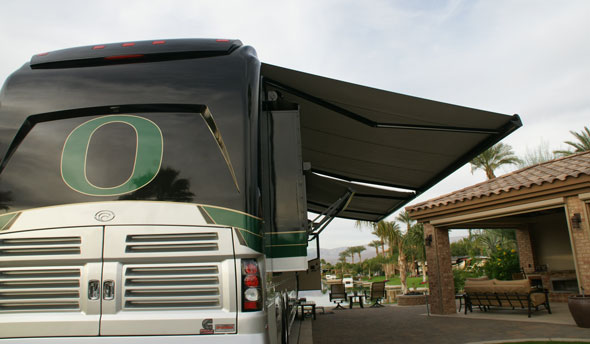 We returned to a beautiful bus. We only have our motorhome waxed once a year, but I swear our five year old RV looks the same as the day we drove it off the lot.

We settled in to enjoy a quiet evening at home. Just the two of us in our shiny RV. 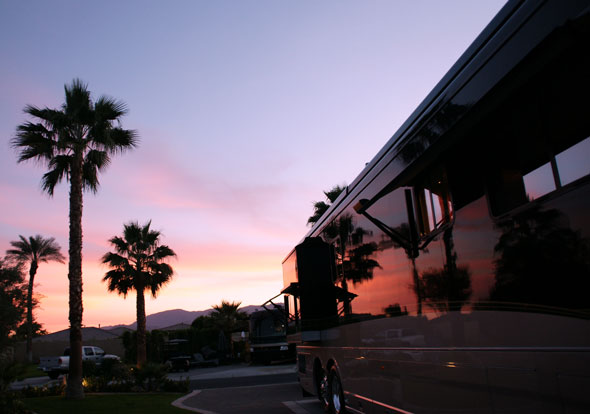 The sunset was again extraordinary and it was super reflective off our newly buffed bus.

Did you know my favorite color is pink? 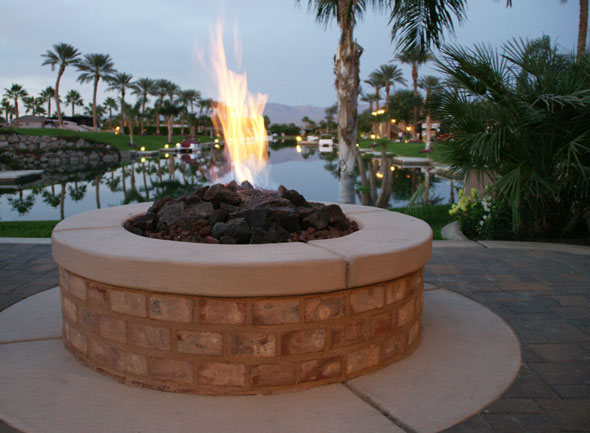 We are so excited the lava rock for our fire pit has been delivered. Now, whenever the temperatures drop below 70 degrees, we won't have to freeze. 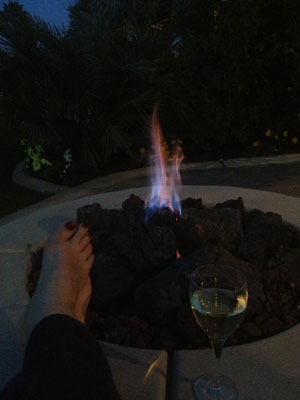 Now for something completely different.

Dear Readers, you will not even believe this, but I purchased a ready-to-go meal from Costco. Osso Buco for two, from Cuisine Solutions. Costco featured a super-special deal on freshly prepared (not frozen) Osso Buco. $15 for two portions. People were simply drooling over the display and putting the packages into their carts like it was the best thing ever in the entire universe. Customers said it was divine. Delicious. All I had to do was heat it up.

All I had to do was heat the Osso Buco in the oven tonight (I opened the packets and placed the shanks and sauce in a covered casserole) while I stirred a batch of polenta(made with one quart chicken stock and 1 cup medium-grind corn meal, finished with a splash or butter, lots of cracked pepper and a little parmesan cheese). I served the Osso Buco over a bed of the creamy polenta.

Garnished with a little parsley. Basil would also work. 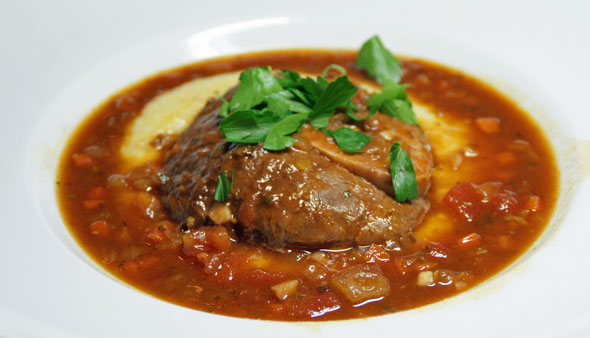 I'm not going to say this was the best Osso Buco I have ever tasted (or prepared myself), but it really was pretty dang good and it certainly was easy.

I am, after all, camping.

But I will say: if you heated this up for your boss and her/his significant other -  and served it over polenta or pasta or mashed potatoes - they would never know you didn't make it yourownself.

Unless they are Costco shoppers.

Until my next update, I remain, your shiny correspondent.