Bend, Oregon: We were up at dawn this morning checking our property for damage after the terrible wind storm of last night. I was greeted at the front door by a heavy wooden rocking chair which had moved 20 feet across the porch! That was a mighty wind last night! The Leaning Tree from my photo yesterday is still standing this morning... though I expect it will fall before the winter is over. Branches and limbs litter our property. It will be a mess to clean-up... and I assume our weekly garden crew will see to this chore, as we are off in the Honda this afternoon to visit My Folks in Bend, Oregon... with a quick stop (along the way) to Eugene, Oregon (aka Track Town USA) as DT had meetings all day at the U.

While Dave was in his meeting in the Athletic Department, I ran a few errands and then took another look through the Hall of Fame. The University of Oregon has a very nice shrine to her athletes - trophy cases galore - and a time-line of fantastic moments in sport at Duck U. Interestingly enough, I just happened to bring along a camera.

(Never leave the house without a camera.) 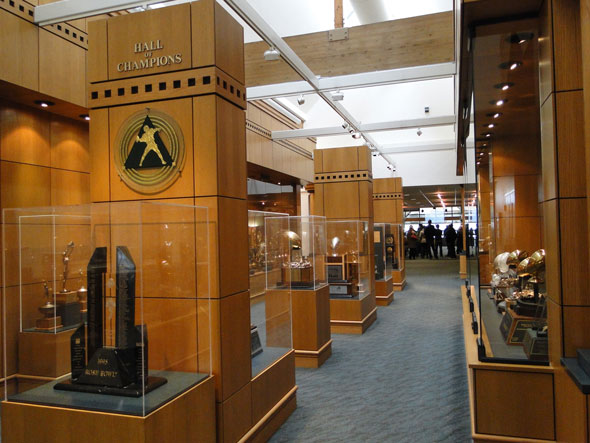 Hall of Champions at the University of Oregon in Eugene 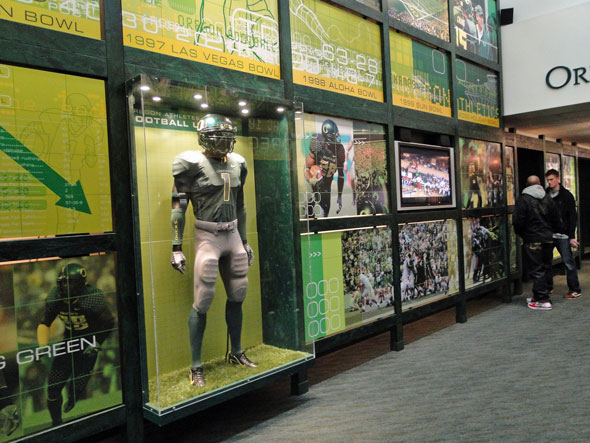 Displays at the University of Oregon Athletic Department 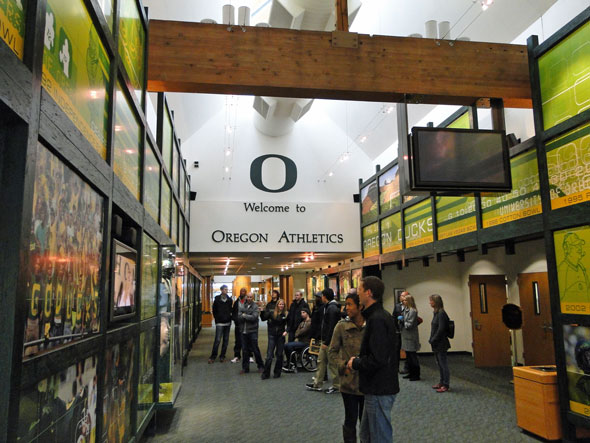 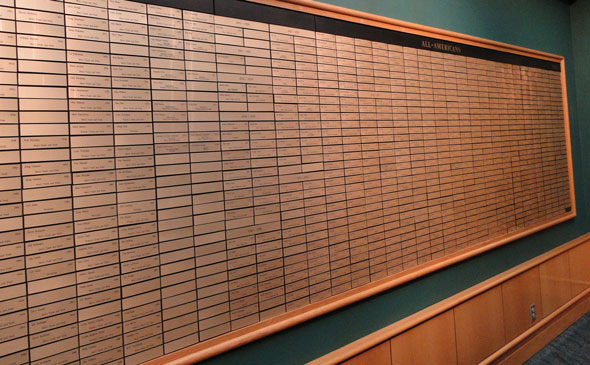 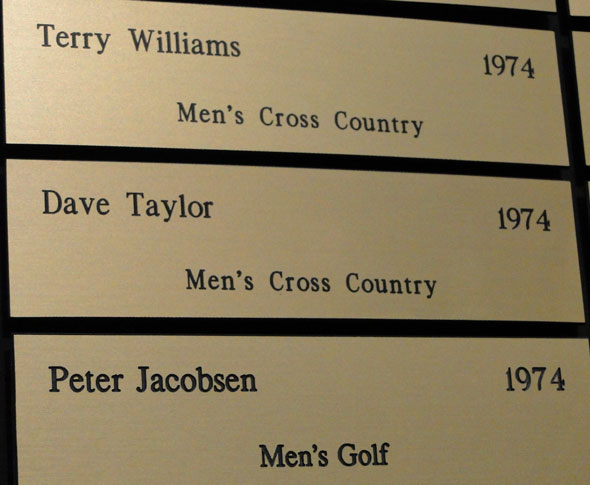 Hey - look who I found... with some pretty good company too - Dr. Williams and Oregon's favorite golfer. DT is a four-time All-American at the U of O - in cross country and track. 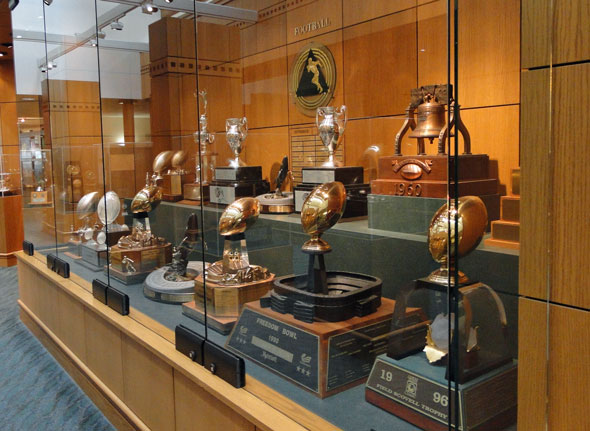 Here is the trophy case for Oregon Football 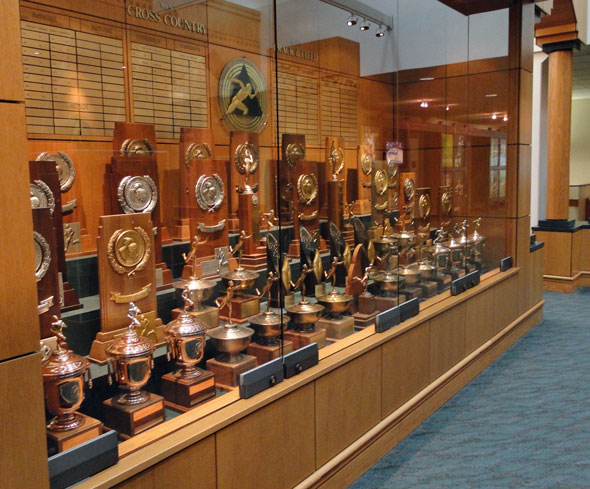 Here is the trophy case for Oregon track & cross country.
I'm just wondering if you notice any difference? 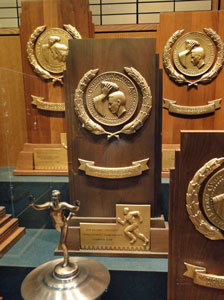 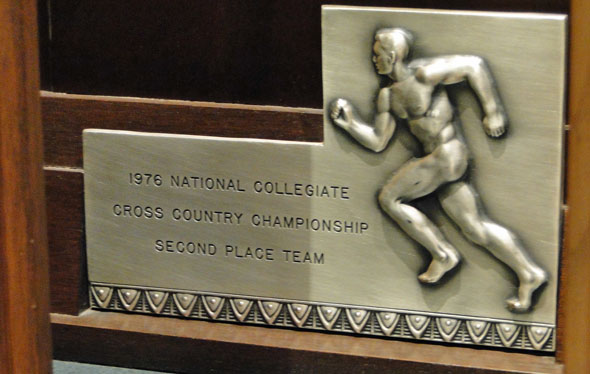 The trophy cases may hold more bling for the track & cross country teams, but football still rules (and pays most of the bills) in college sport. There is no "training table" for the runners, volleyball players or lacrosse teams... but if you are on the football team, you get to eat dinner at the Athletic Department.

Training Table for The (Football) Men of Oregon

I enjoyed a wonderful time at the Athletic Department waiting for DT. Of course, I had a little stroll through the Duck Shop and loaded up on anything warm for the Civil War game (Ducks v Rodents) on Dec. 3.

After his meeting finished, DT and I hit Highway 126 east, heading up over the pass to Bend, Oregon. It was raining and the temperatures were mild (40 degrees is mild, right?), but the higher we climbed, the colder it became and, of course, it began to snow. 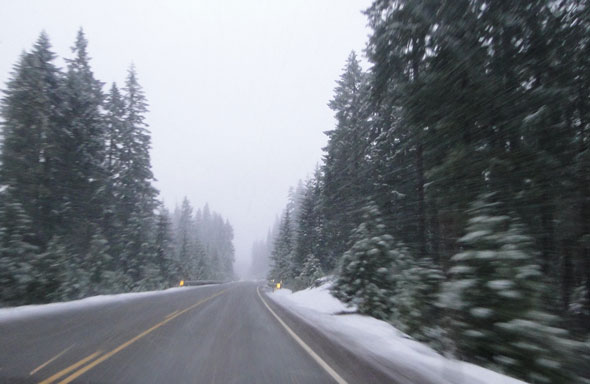 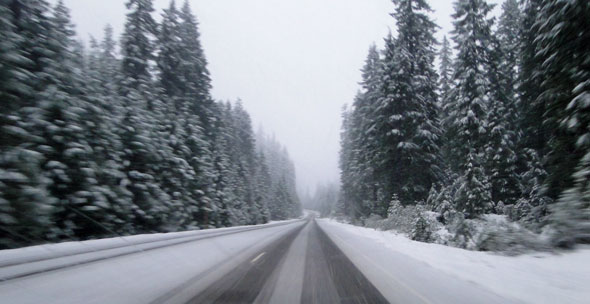 Oops. Our Honda has "all-wheel drive"... but it was snowing hard and sticking

By the time Highway 126 meets up with 20/22 we were in blizzard conditions. Log trucks were on the road (this is Oregon, people) and they were driving 30mph. Snow plows were up and down the highway. It was getting dark. It was getting colder. 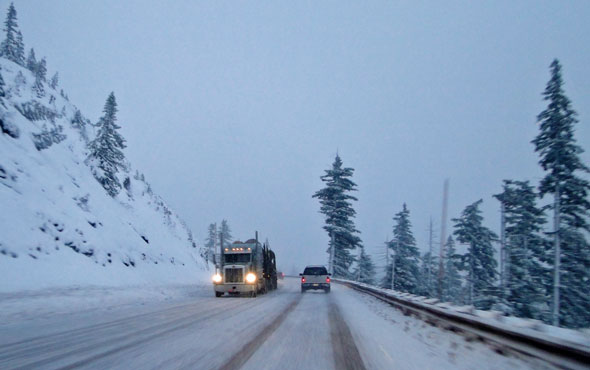 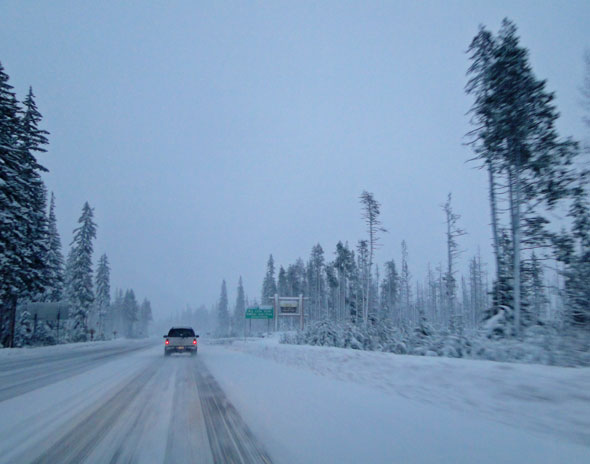 The top of the pass, near HooDoo Ski Bowl

As soon as we headed down the other side of the mountain, the snow turned to rain and the snow faded away. We enjoyed a great evening with my folks and Brother Rick and dined on delicious BBQ chicken from Baldy's.

We will be here all day tomorrow... but I have no idea how we are going to get over that mountain again.

Until my next update, I remain, your ODOT correspondent.