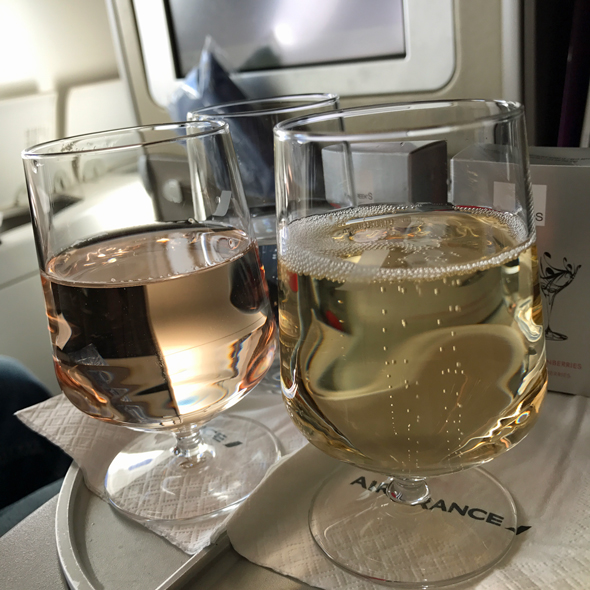 As long as we were going so far, we decided (months and months ago) to go to Europe a few days early to see Vienna.

We flew Air France (from Los Angeles International) non-stop to Paris, changed planes and flew to Vienna... where we found our old friends in the terminal. Shirley and Martin had just arrived from London. Our friends have been basically everywhere in the world, yet had never been to Vienna either. We decided to explore Vienna together. 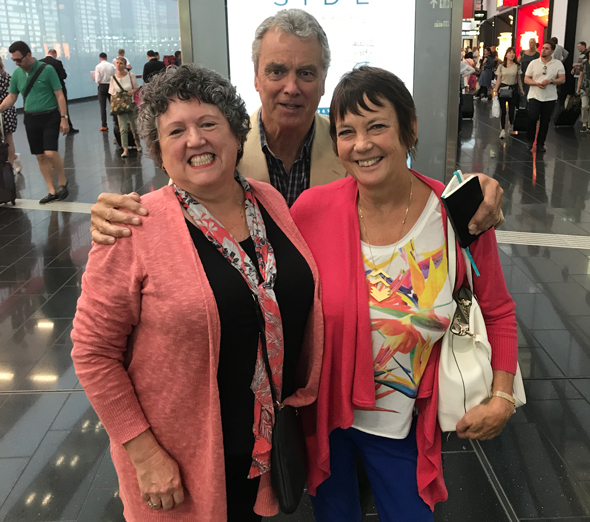 Dave and I had been traveling for about 18 hours at this point and were a bit whacky/woozy, but we were so happy to see our old friends again. Shirley & Martin were our our neighbors in Taipei in the 1980's. This is a very old friendship and we keep in constant touch and see each other frequently. This is easier lately, as their eldest daughter, Emma (Lisa's age), now lives in Portland with her husband and two children.

After taking a taxi to our hotel, and freshening up (Oh, goodness, I wanted that shower), we all had a stroll through the beautiful streets of Vienna. 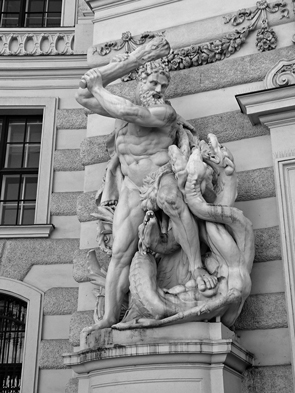 More on the history of Vienna later, but the city was not bombed to destruction during World War II, and you can't turn a corner without finding an ancient elaborate palace, cathedral, opera house or ancient coffee house.

The Hofburg is very near our hotel. The Habsburg emperors once lived in the palace and conducted business in other opulent buildings in the surrounding complex. The palace now serves as the office of the President Austria. 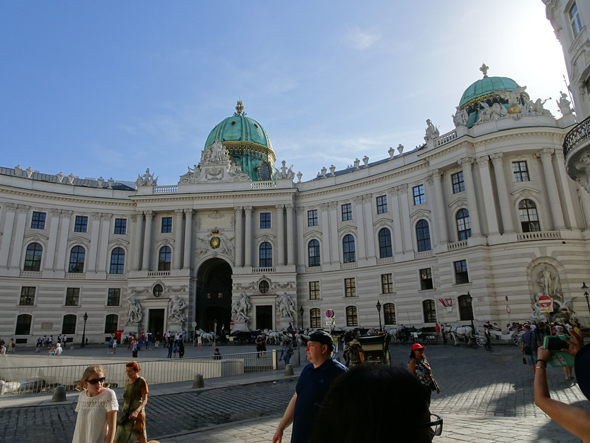 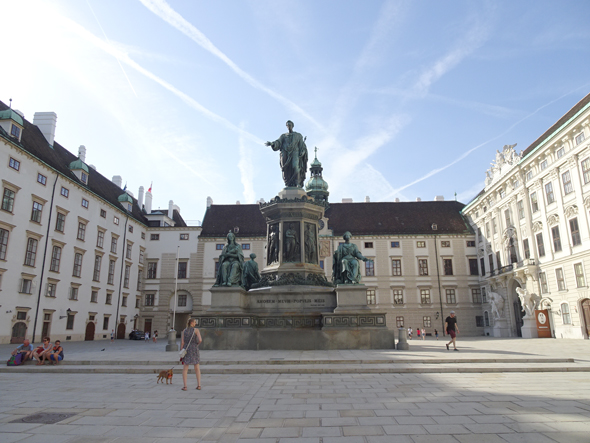 Interior courtyard of the Hofburg 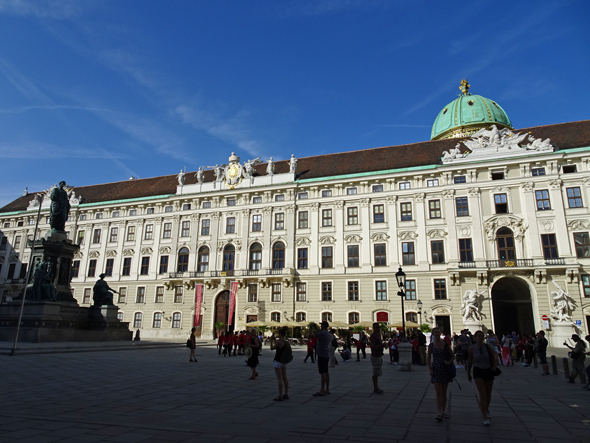 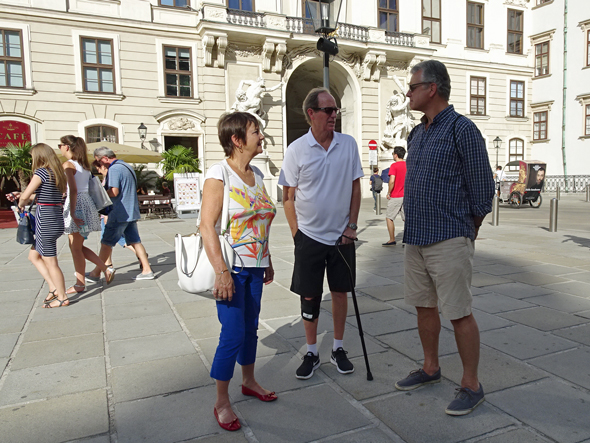 Shirley, DT and Martin at Hofburg 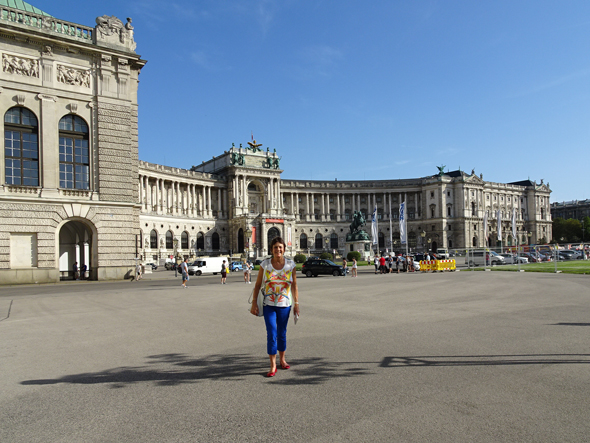 We continued our stroll, coming upon a cathedral with the oldest Baroque organ in Austria: 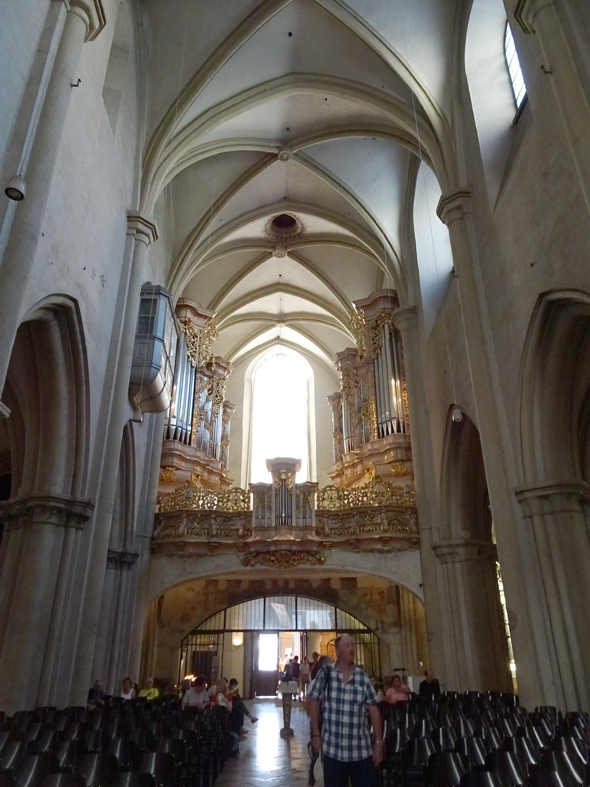 This massive organ was built in 1714 by J. Sieber. Someone was playing the organ while we were inside the cathedral - it sounded amazing. Shirley and I noted though the organ was gilded and huge, the interior of the church was plain and drab.

Our hotel recommended an Italian restaurant near-enough to walk for dinner. It turned-out to be quite a long "stroll" for My Driver and he was ready for a nice glass of wine after we were seated. 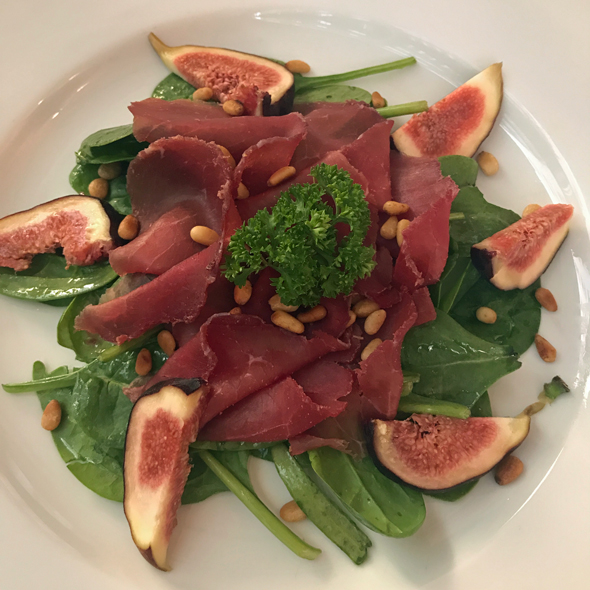 Bresaola - think prosciutto, except made with beef - on a bed of fresh spinach leaves, with figs and pine nuts 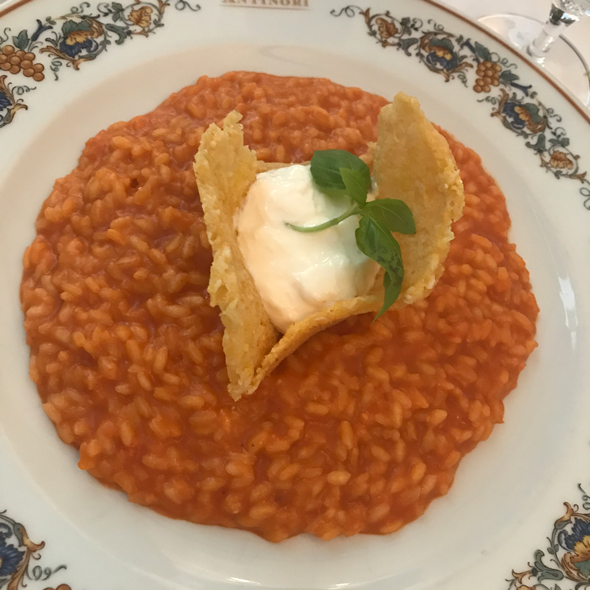 Dave and I found a pedi-cab to carry us back to the hotel, where we later met Shirley and Martin for a nightcap. The hotel bartender made an amazing vacuum-sealed ice pack for DT's knee and we chatted while Dave iced!

Until my next update, I remain, your time-warped correspondent.

My review of our hotel in Vienna: Steigenberger Hotel Herrenhof

You may also like:
Austrian Tourist Board
City of Vienna travel info

« When Your Brother is Spiderman Pastries + Wiener Schnitzel »