Update from the Trailer Park

Indio, California: We have returned to Indio, but just for a few days. We will go back to Los Angeles for Thanksgiving week with our family - and two exciting events are planned as well. I promise to be a better blogger next week.

This week has been a whirlwind of conference calls (DT), physical therapy (DT), friends in town, exercise, and cooking (me). We are pretty-much settled-in and organized for a winter in the desert. We have gone out to lunch most days, eating tacos at Tacos Gonzalez, my favorite salad at Stuft Pizza and fish tacos at Fisherman's. Everything is how I remember, except the lunch special at Fisherman's has climbed to $9.99 from $7.99. A taco at Tacos Gonzalez is still $1.89.

One more photo from our weekend in Los Angeles: 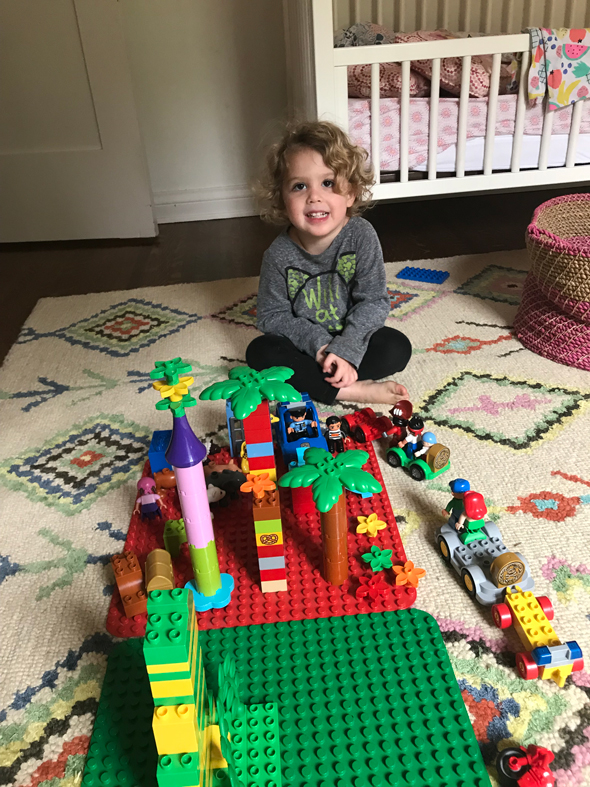 Everyone was watching the NFL game (Lenny is from DC and loves the local team). Lucy and I snuck away to her room and built a city with nearly every piece of Duplo in the house. 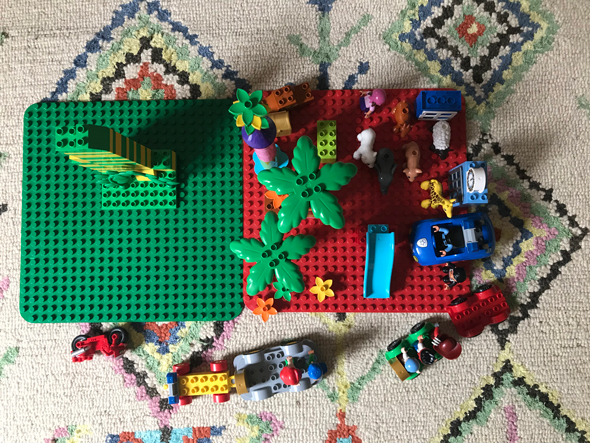 Lucy is quite the architect... and then I remembered a similar photo from December 2015: 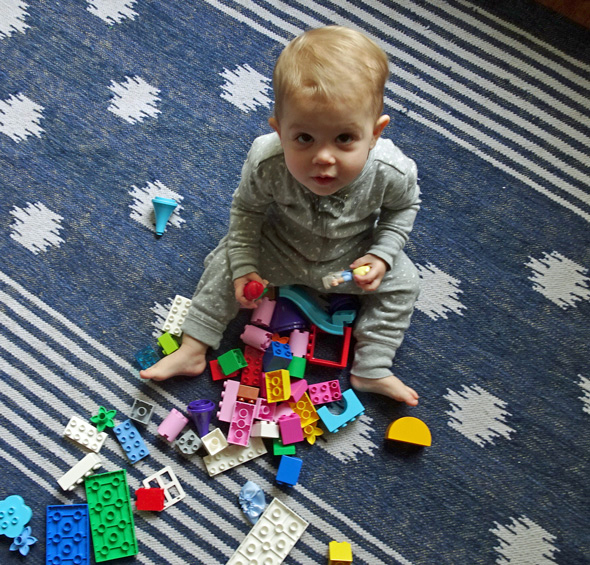 Whoooooshhhh. That is the sound of time flying.

Yes, Lucy really is this cute.

Meanwhile, back in Indio... on Meat Monday, I made Moroccan Lamb from a recipe on the BBC. The recipe sounded good and included two spices I had just received from friends: Kathy and Woody went to Morocco last month and visited a women's saffron cooperative. Kathy had brought us me a jar of fantastic saffron threads. Mary and Steve visited Hungary in September, and brought us me a pretty tin filled with brilliantly-hued Hungarian paprika. 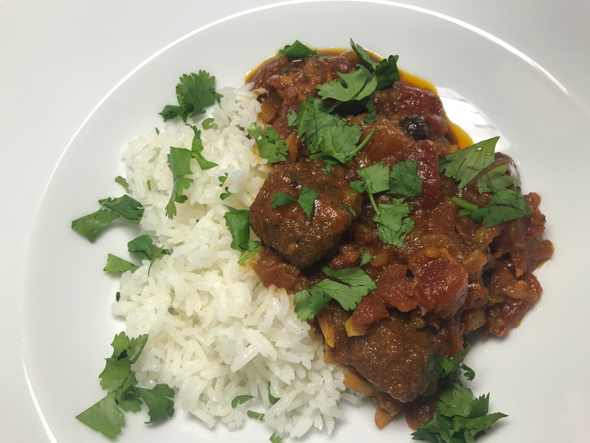 Unfortunately, the result was unsatisfactory. Not because of the precious spices, but because the included dates, apricots and raisins made the dish far too sweet. I will try again one day. Until then, I will regret the loss of precious Oregon lamb from my freezer.

On Tuesday, we were invited to dinner by friends who were staying in a relative's house in La Quinta. They asked us to bring an appetizer for six: 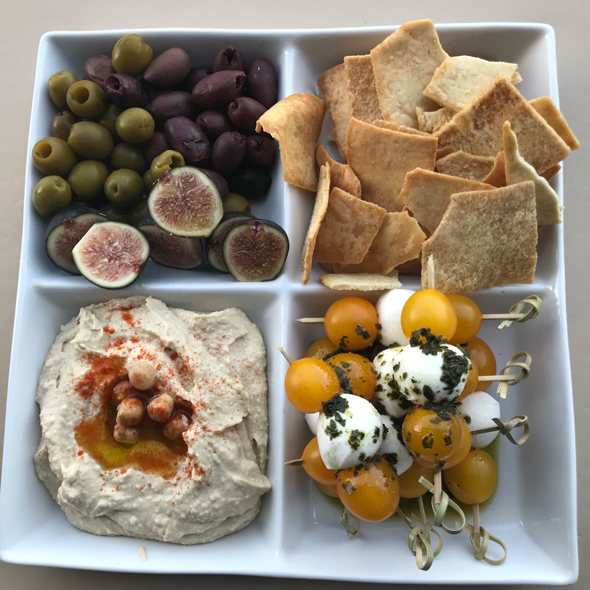 The rest of the week has been a bit cheesy. 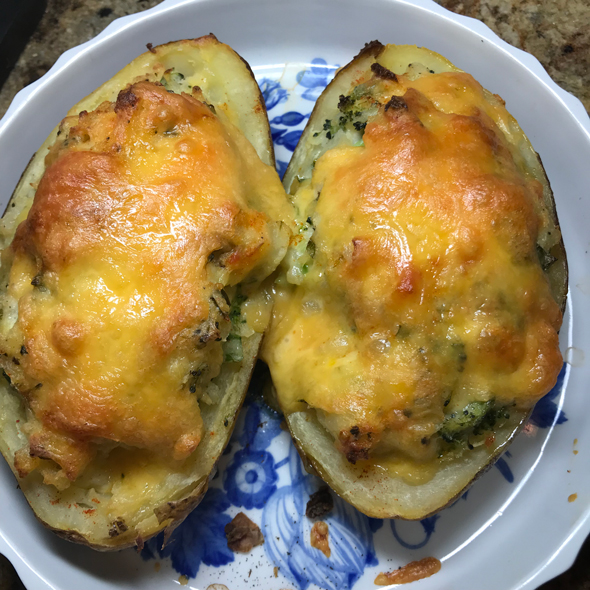 Twice baked potatoes. Or, in this case, potato. This massive spud was stuffed with broccoli, green onion and sour cream, then topped with cheddar.

Thursday Soup Night: French Onion soup (that I made in August and froze) was topped with gruyere. 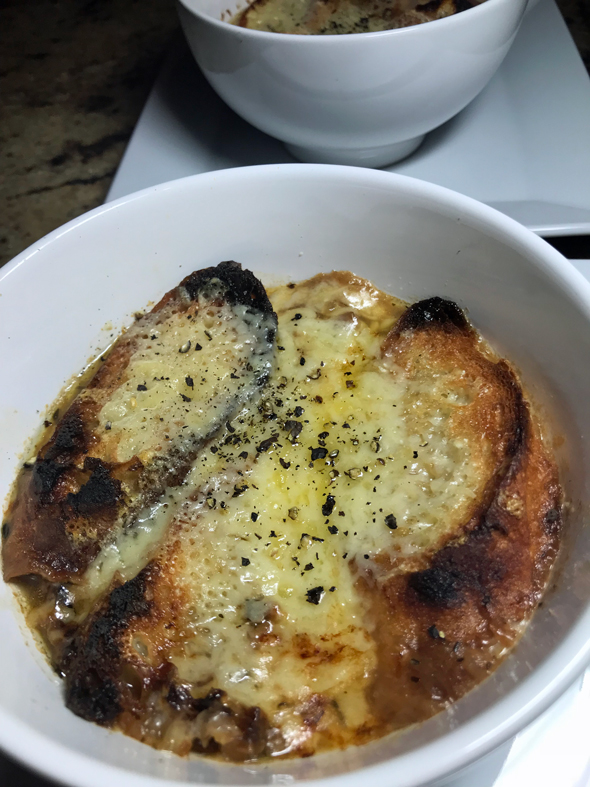