Los Angeles, California:  Dave and I left Indio Friday afternoon (after lunch with Mary and Captain Jim at the clubhouse) and drove two hours (along our much-traveled route on I-10) to spend the weekend with the kids. As always, there is a lot of activity. Lisa and Lenny are in the middle of a major toy-purge and reorganization. Lisa made one comment I found funny: Most kids have bins of toys. My children have bins of needlepoint pillows. 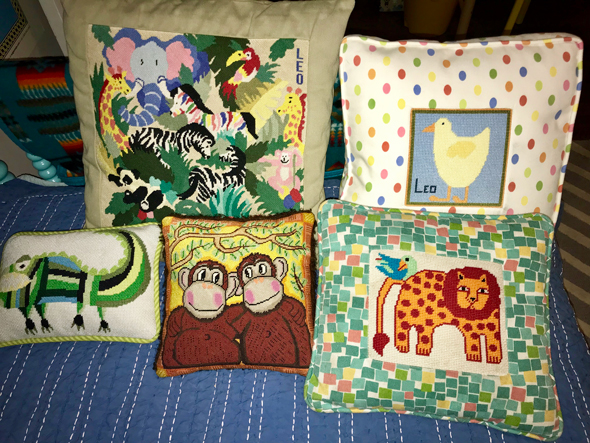 I can think of worse problems to have. The above photo shows only pillows needlepointed for Leo. (Lucy has her own pile-o-pillows.) Lisa's godmother, Nancy, stitched the jungle animals and the alligator. I am guilty of the baby duck, monkeys and lion. (Nancy has also stitched a Noah's Ark framed piece for Leo's bedroom wall.) Leo keeps requesting more, but Lisa has put the brakes on further pillows. Just sayin'... the monkey pillow has fake fur on the back and it is pretty dang sweet.

Saturday was a very busy day. Lucy had ballet. 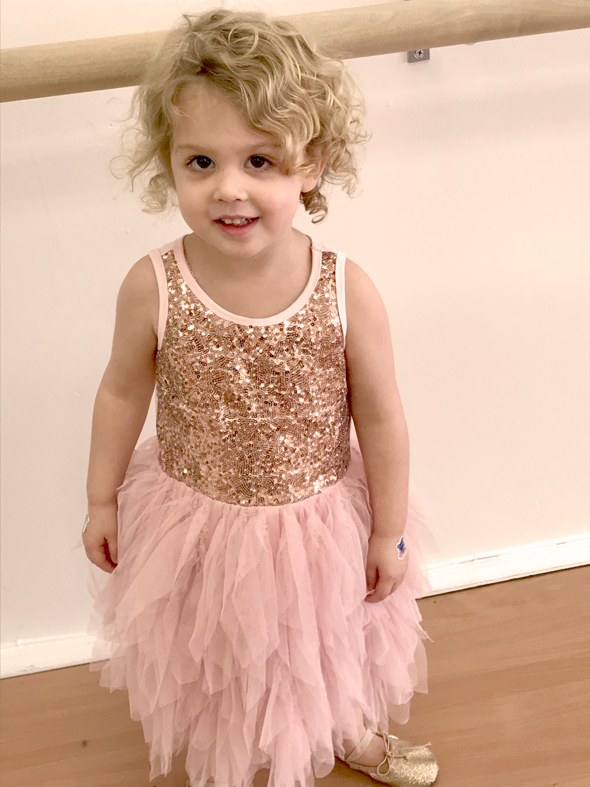 The Bolshoi still not calling. 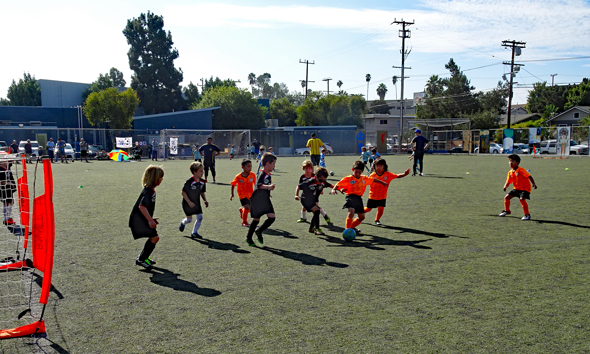 Manchester United still not calling... but this was the final game of the season, Leo's team won the game, and guess who won Most Improved? 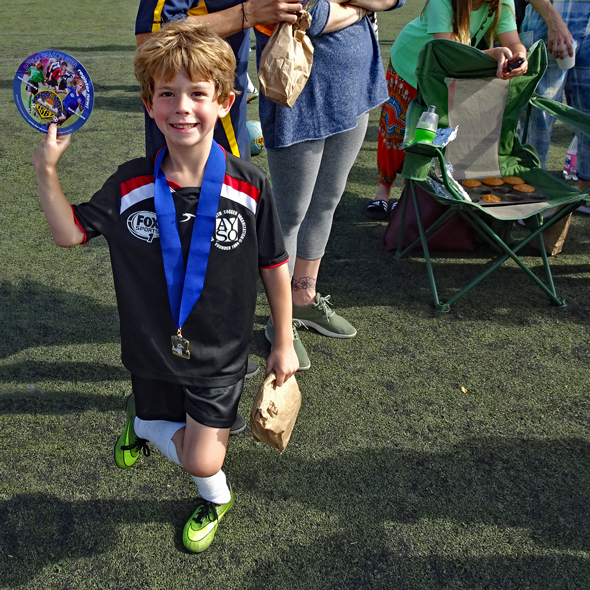 After Leo's game (from where we saw a fly-over by antique WWII fighter jets in honor of Veteran's Day), we all went downtown Los Angeles for lunch at Grand Central Market - now 100 years old. The market was packed with hungry tourists. We luckily secured a table in the open-seating pavilion, then one adult remained at the table with the kids while the other adults went out in search of food and drinks. We ate in shifts. 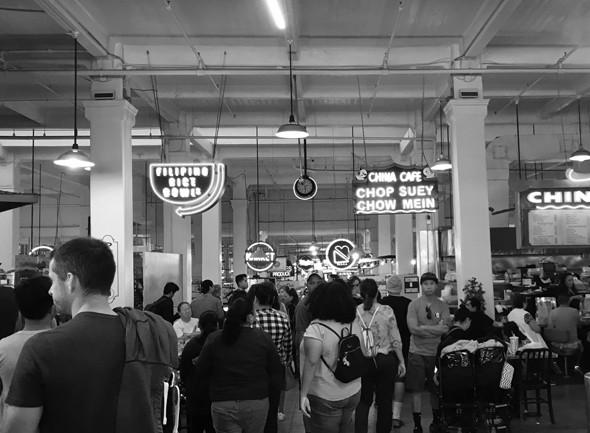 There are so many choices inside the market: restaurants, butchers, breweries, fruit stands, ice creams, bars, vegetable vendors, bakers, gourmet grocers, wineries. Everything, and many local famous/popular food purveyors and chefs. We have visited Grand Central Market several times now and I always have the same thing (a fab brisket sandwich from Wexler's), but today the lines were so dang long at Wexler, I went with a taco from a short-line place and was very happy with my $3.50 choice from Ana Maria. The kids had ice cream from McConnell's Fine Ice Cream. We love Grand Central Market, but... don't go there on a Saturday afternoon. Too crowded.

After lunch, we walked across the street to ride the world's shortest railroad - the 116-year-old Angel's Flight funicular - that carries passengers up Bunker Hill (who knew Bunker Hill was in Los Angeles?). For a buck, riders get to climb a one-block-long steep hill in a teeny wooden car. 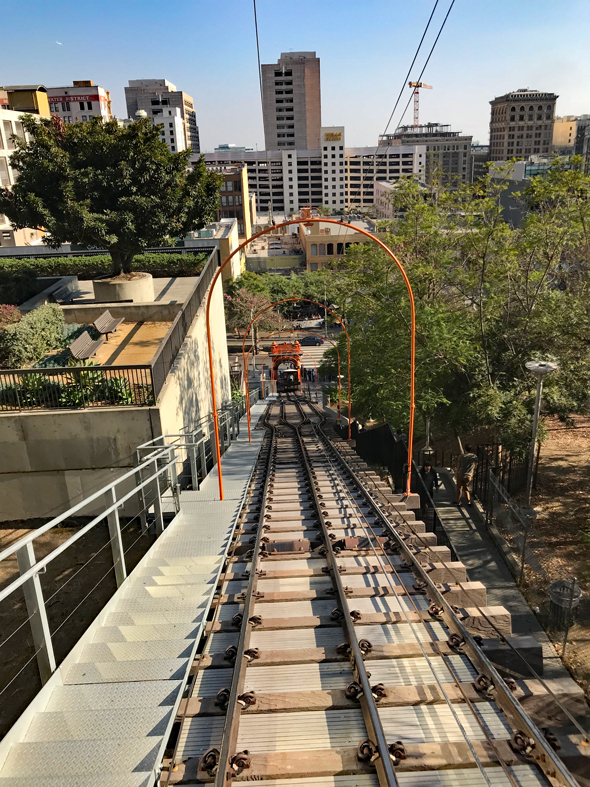 It was fun for the kids and only one dollar!

Until my next update, I remain, your touristy correspondent.
« Bugs and Boating Update from the Trailer Park »