Sometimes the best-laid plans just don't seem to happen. Lisa and Lenny brought the kids to Oregon this weekend so Leo could experience a Duck football game (and we could show off our adorable grandchildren). We were all going to go down to Eugene in our motorhome for the 5:30p kickoff. Dave, Lenny, Lisa and Leo would use our four seats in Autzen Stadium and Lucy and I would remain in the warm RV during the way-too-loud and chilly-in-the-evening game. This was to be my sole appearance in Eugene this football season. Food was prepared. Coolers were packed. Carpools arranged.

Just before we were set to depart, someone commented that the toilet "was not flushing". Hmmm... Dave and I noticed our shower didn't drain very well this morning. Dave and I checked-out our shower and it had still not drained, and was, in fact, bubbling-up somewhat unattractive liquid. Sinks throughout the house began gurgling. This was not looking good.

Oh, yeah. You guessed it. We are country bumpkins and we have a septic tank.

Bubbe was now going to stay home with Lucy and our tailgate crowd would just have admire the baby at a later date. I phoned frantically every emergency septic company I could google. Most had answering services that said they would get back to me and the fifth company I called said they could have a tech to our house in an hour. Sold! (NOTE: not one of the other "emergency" services returned my call all dang day!) 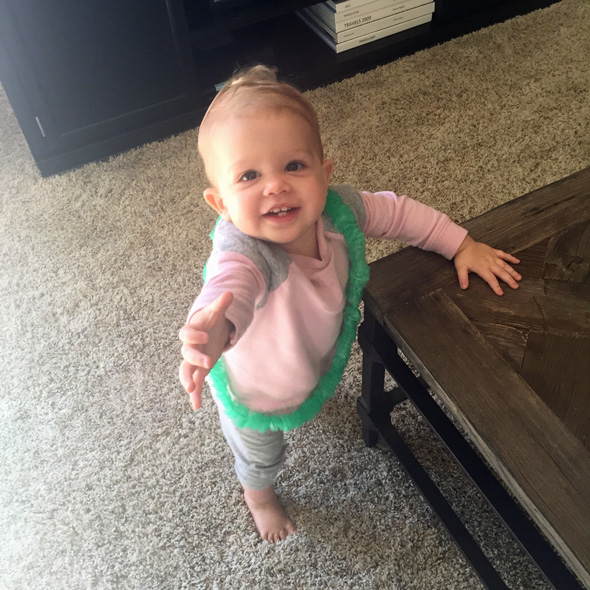 So Lucy and I settled-in for a long day together. If we had wanted to go anywhere, we had no car. We had to survive without running water or flushing toilets until the service man repaired our problem. Thank goodness one of us wears diapers.

Meanwhile, in my beautiful motorhome... 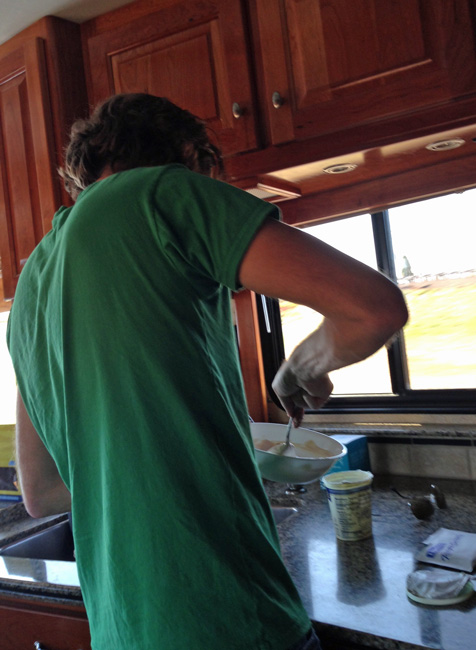 Ten minutes out from Autzen, Lenny began making his famous it's Lipton Onion Soup Mix and sour cream dip. Safety first, Lenny. (Lenny wouldn't even think of backing out of his driveway without the kids being securely buckled into their car seats.) 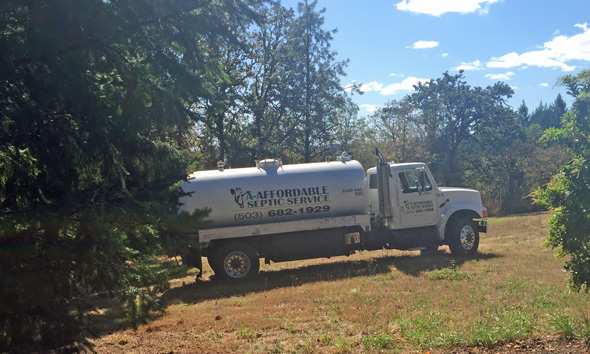 My Knight in White Armor

Right on schedule, this truck showed up. The service man and I discussed the problem and he checked a few things. It was determined we needed our tank emptied (sucked up into his white tank! fun times! people do this for a living!). Did I know exactly where the tank lid was located? Ummm. Not really, but I could give him a 10-foot guess, and I was about 10-feet off. He found it with a probe, dug down and then it took him over an hour to remove the lid from the tank. Stubborn lid. 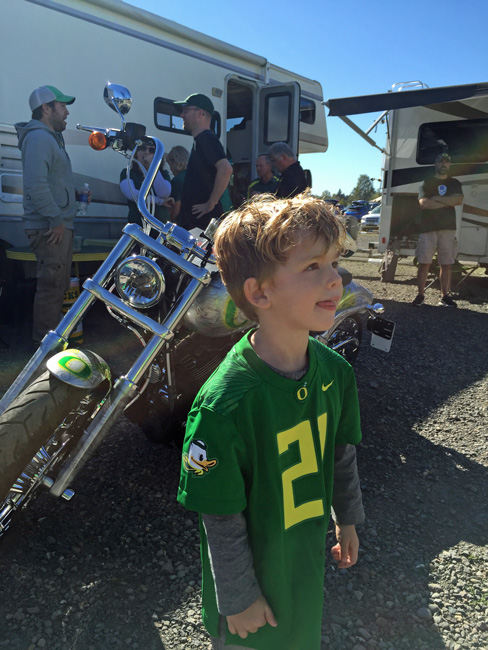 Which is why when Captain Jim & Mary's son, Dan, sent this photo of Leo having a blast at tailgate parties... 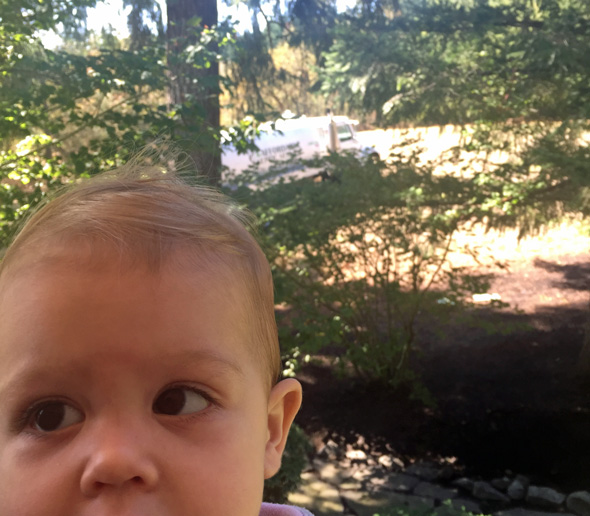 ... I sent this to the group, titled, "Baby's First Septic Clean Out"

The guy was able to get us back up and flushing running again! It took over six hours, most of getting the dang lid off. Also, I asked him to replace the old lid with something a little more modern and easier to find. So happy with the service. 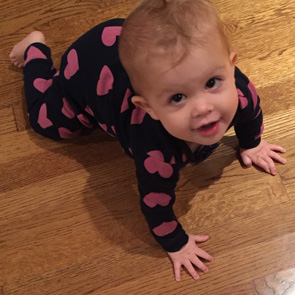 Even though we had a potentially scary situation, it was resolved at a reasonable price and I was able to spend the entire day with my favorite granddaughter. We played and played and played - especially with Leo's toys because he wasn't here to say no. Lucy napped. Had dinner (steamed butternut squash chunks, steamed broccoli tops, a few steamed potato cubes and about a dozen strawberries. Everything organic, of course. (Seriously, no idea where she puts it all.) Next, Lucy had a bath and went to bed. Lucy never gave me a hint of trouble and never cried, though I think she did not want to get out of her bath.

Meanwhile, down in Eugene, Leo and Lenny gave the "Yell-O" cheer before heading into Autzen stadium. 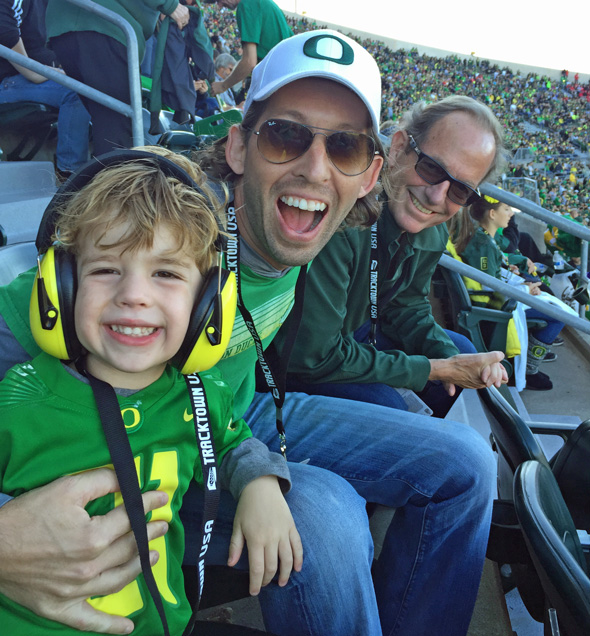 The above photos were taken very early in the day, because Family and Friends in Eugene also had a tough day. The Ducks were completely slaughtered AT HOME - on NATIONAL TELEVISION - by the Utah Utes. 62-20. I do not think the Ducks will remain in the top 25 next week. Ouch.

My family returned very tired, very sad and very late and fell into their beds.

Until my next update, I remain, your unplugged correspondent.