Indio, California:  While DT is home for a few days, I have a big project I need to finish and thought this would be the perfect time. No need to do anything except run, ship orders and work at my desk. Didn't happen. A mini-family reunion happened instead. Yesterday, Dad and Mary decided to drive from Yuma to visit his sister who was in Palm Springs for a few days... and me... which meant I spent the day with family and didn't get much accomplished at all - but it really doesn't matter when you get to see family so far from home. Dad looks fantastic! (We will be heading over to Yuma to visit them in a few weeks.) After Dad and Mary left to return to Yuma, his sister and her husband (my aunt & uncle) took me to dinner in Old Town La Quinta. We talked for hours. I am caught-up with their kids and grandkids. My Driver did not have a very relaxing Tuesday. The Willamette Valley (in Oregon) was having a wicked snow storm. DT left our house in Portland at six o'clock in the morning and drove to Eugene in a blizzard. Thankfully, he was in his very sturdy (and very old) Chevy Tahoe. It snowed on/off all day in Eugene and DT returned to Portland last night to a winter wonderland. So this morning, I really went to work. I put a pot of Chianti Beef in the oven, went for a run and started working on my computer project. 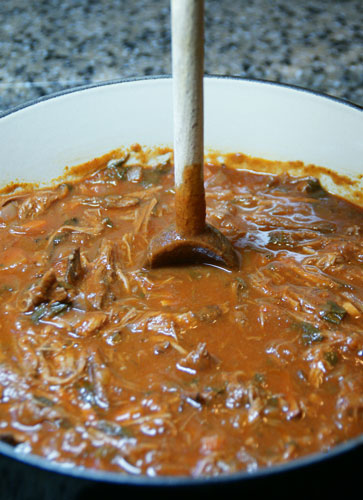 Four hours later, the Chianti Beef had finished stewing. I shredded the brisket, returned it to the sauce and let it cool. (Our neighbor came over, swooning from the savory smells emanating from my kitchen.) 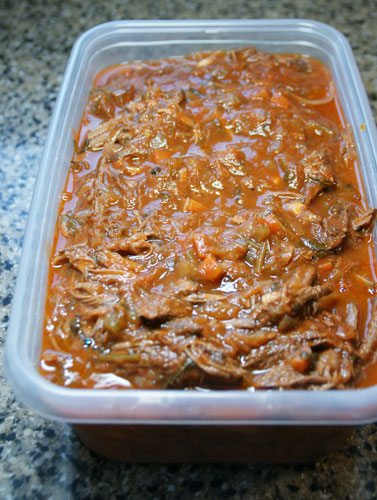 The rich sauce is now packaged for transport to Los Angeles tomorrow - where it will be heated and tossed with rigatoni. 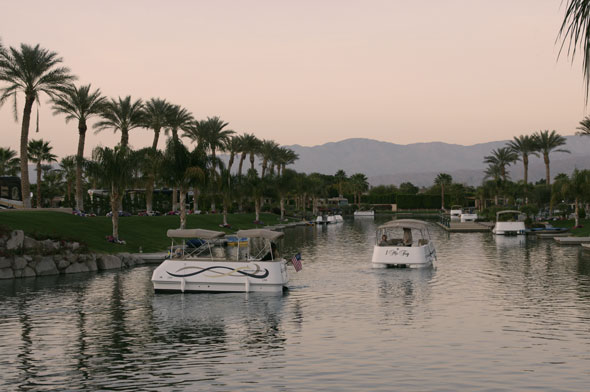 The Captain's Quarters & 1 Mo Toy on the nightly booze cruise

At five o'clock I noticed the nightly boat parade start - my signal the day was coming to an end. I closed my laptop and decided to relax a bit... by baking a loaf of garlicky-herby bread to go with the Chianti Beef tomorrow night. 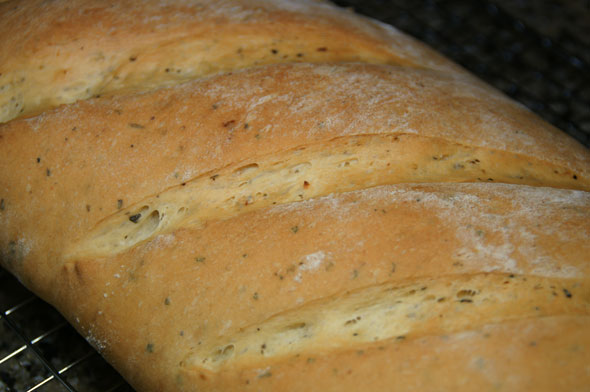 Until my next update from Los Angeles, I remain, your busy correspondent.