Indio, California: Dave flew back to snowy Portland this morning (for a few days of Olympic Track & Field Trials meetings) and I spent most of the day babysitting Leo. 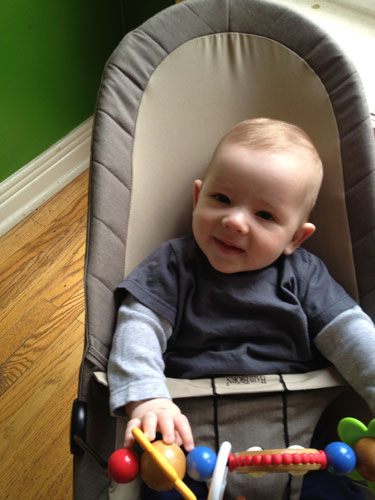 It's a tough job, but I volunteered to watch this little butterball for a few hours today. The two of us had plenty of fun, read a few books, sang a few songs, did a little dancing and plenty of laughing. I started to tell Leo the story of Jack & the Beanstalk, but forgot what happens after Jack climbs the beanstalk. I will have to reacquaint myself with what occurs after the fe, fi, fo, fumming. Teething, Leo has also rewritten the NIKE slogan to JUST CHEW IT. (Sorry, Uncle Phil.) The little guy is just so cheerful and easy-going. After giving him a bottle of mother's milk, Leo fell asleep. I put him in his crib on his back and he promptly rolled-over to his side. 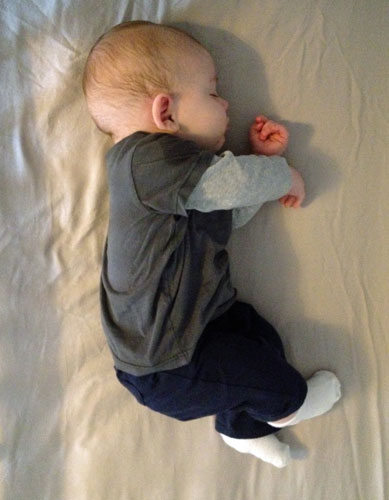 Leo is very stylish, by the way.

Did you know it is now advised to put nothing in the crib except the baby? No blankets. No pillows. No toys. Nothing. The baby is supposed to be dressed appropriately for the room temperature. Now you know!

After his nap, we had another play session. Here are 9 seconds of Little Leo (available in HD!):

Later, Leo took another nap! Having Leo fall asleep on my shoulder is one of the best feelings in the world. We are so blessed to have Leo in our lives!

Lenny returned in plenty of time for me to reach Indio before dark. I do not drive very often. The 100 miles between our RV and Los Angeles is the longest distance I have driven in four years! It was okay. Traffic wasn't very heavy, probably due to the MLK holiday. A few times, I would notice cars passing me at a rapid rate, so thought I should speed-up a bit... until I noticed I was already driving between 75-80mph! Eeks. Keep a steady course, Terry.

I brought back a slice of the patitsio for my dinner this evening. Cold, the dish looked as it should have looked last night - 3 distinct layers. Did I not let it rest long enough before slicing? Am I just a terrible cook? Angela said it is better the next day. 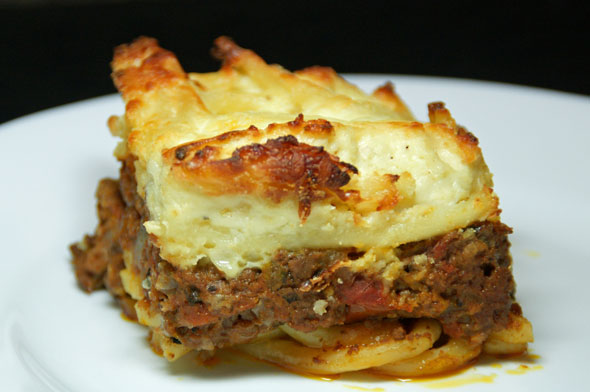 I leave you with a very cool photo of Lisa and her son. Lisa "posterized" the original snapshot and the result is so interesting. Such a pretty girl. 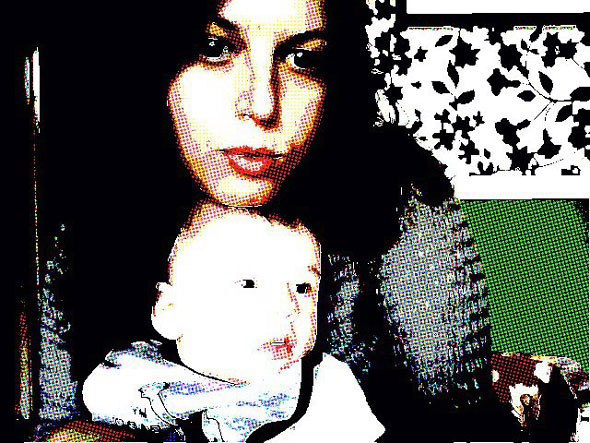 My opinion is highly prejudiced.

Until my next update, I remain, your speeding correspondent.