Our house has been a whirl-wind of activity the past few days, as Dave invited the group of people who organized the Olympic Trials Hammer throw event a few weeks ago to dinner at our house last night.

It all started with a trip to Costco and a twenty pound bag of potatoes: 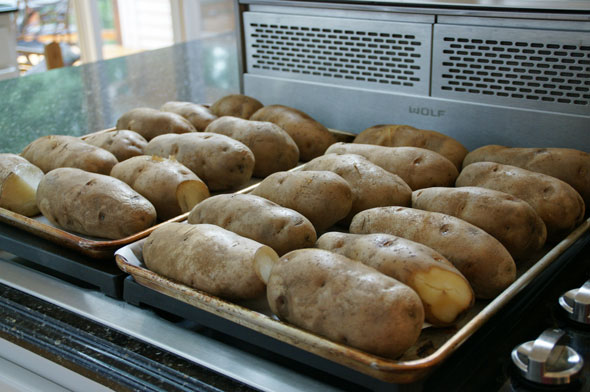 This is what twenty pounds of baked potatoes looks like. I turned them into about 25 pounds of twice-baked potato casserole... (referred to as "mash" for the purposes of this party) which involved grating all these potatoes (I used a food processor) and adding a whole bunch of cheese... and sour cream... and green onion... and baking it all with even more cheese on top. (Burp.) Look for the recipe soon on this website.

Because the party was about the Olympic trials and was to be held on the night of the Olympic Opening Ceremonies in London, we went with an international menu, blending foods from the USA, the Olympic host nation (United Kingdom), and the birthplace of the Olympic games - Greece.

We used Union Jack napkins and had flowers with American and UK flags as centerpieces on five tables. The weather cooperated, so three of the tables were on the deck. I was determined to take a lot of photos of the gathering and only took TWO! (I was busy.) 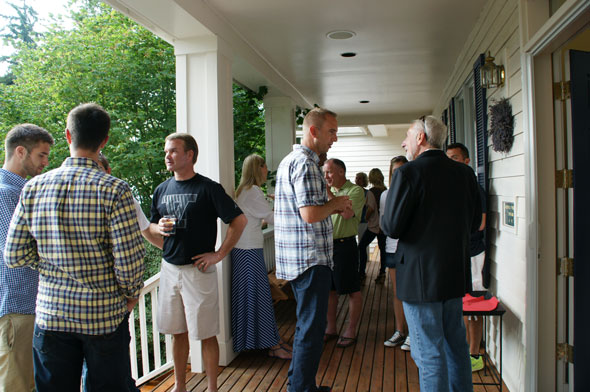 Guests were greeted on the front porch with a choice of Pimms or Gin & Tonic, and everyone tended to remain on the porch and enjoy the nice weather. 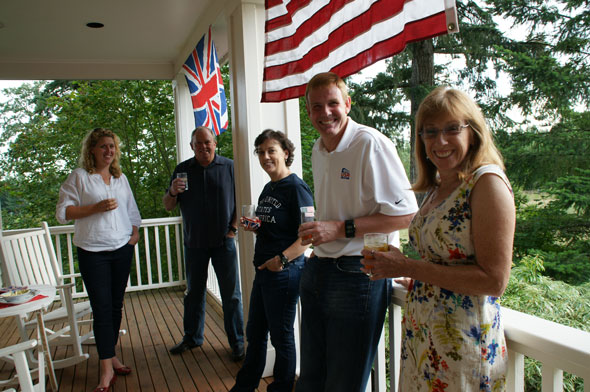 Yes - the flags were flying - and our guests dressed in red, white and blue.

It was a fun evening because the hammer group are very fun people.

One member of the hammer throw organizing group, Cyrus Hostetler, did not attend our party. Cyrus claimed to be out of town. 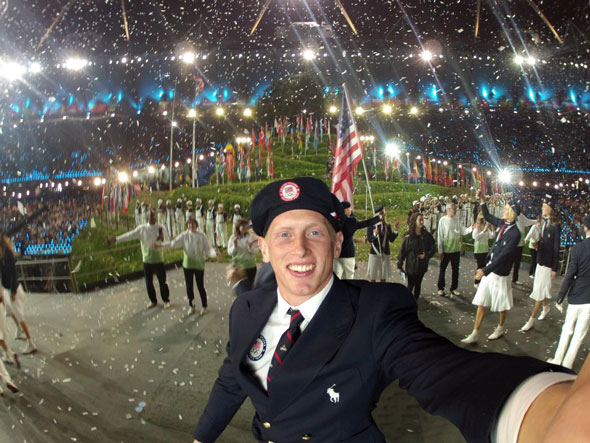 Cyrus Hostetler (Javelin) at the Opening Ceremonies in London.

What kids won't do these days to get out of an evening with the old folks.

Until my next update, I remain, your twice-baked correspondent.