I fell asleep on the sofa last night - during the late-evening news - after watching way-too-much football on TV. I woke to a girl wearing nothing but a lacy black body suit singing talking rapping (Potty! Mouth!) on Saturday Night Live. How things have changed since SNL first aired in 1975. We were in college and entranced with the witty comedy and weekly guest musicians like Simon & Garfunkel, Bill Withers, Billy Preston, Carly Simon and Janis Ian.

Pretty sure tons of college kids were still awake last night watching Nicki Minaj (who?) rap and have never heard of Carly Simon... but Carly would have killed the room in that lace body suit in her prime.

Another thing that has changed is University of Oregon football. In the early 70's (when DT and I were in Eugene) the Ducks had a terrible football team. Even with Dan Fouts at quarterback and Bobby Moore (now Ahmad Rashad) on the field, students wouldn't attend the games - and admission was free. These days, seats at Autzen Stadium are a prime commodity and Duck football controls much of local media - and our fall travel schedule.

Much of the fervor is due to Oregon's amazing quarterback, "The Flyin' Hawaiian", Marcus Mariota. 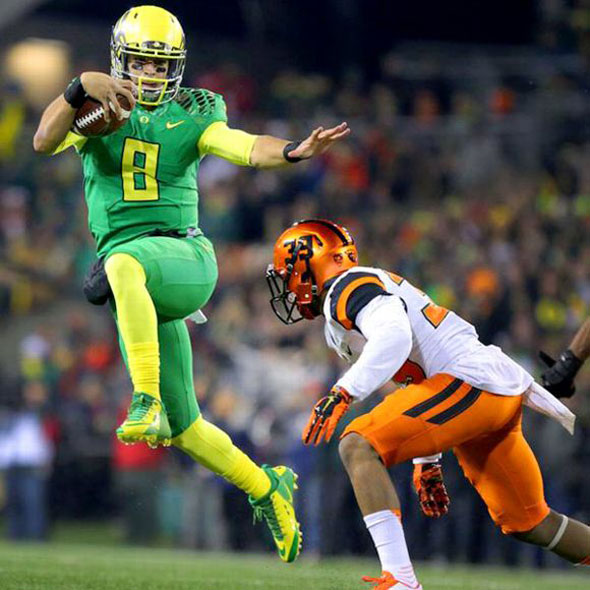 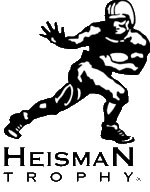 This photo (above) went viral on social media after the Ducks beat the Beavers in the 118th Civil War November 29th (after the loss, Oregon State coach, Mike Riley left to take the Nebraska head coaching job). Duck fans are so hopeful for Mariota to win the Heisman Trophy, they thought it prophetic when he struck this pose during a drive in Corvallis. Mariota is a nice young man. He has already graduated and will probably be a very high draft pick. He has never stolen a crab leg. I'm going to miss him.

Mariota's stats for this year are amazing and he leads a very high-scoring team. The Ducks have played twice in Levi Stadium (Home of the San Francisco 49ers) this season. They beat Cal on October 24th, 59-41 and won the Pac-12 Championship Friday over Arizona, 51-13... meaning the Ducks have scored more points in Levi Stadium in two games than the 49ers have in their six home games.

This morning it was determined the Ducks will face Florida State in the Rose Bowl on January 1st. Guess where we will be January 1st?

DT and I are finally pointing the bus south Wednesday! Finally leaving this cold wet climate for palm trees and sunshine. And grandchildren! 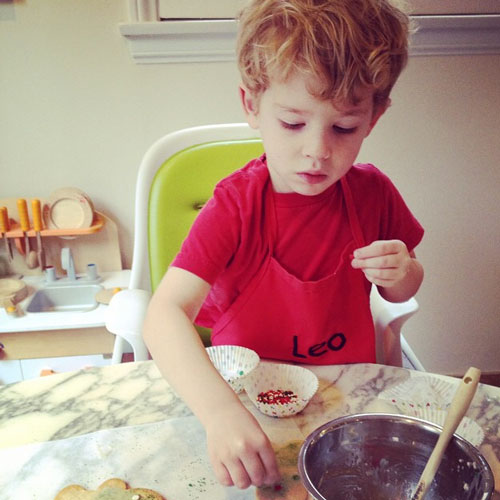 Previously, we have brought the motorhome to Taylor Manor to loaderup for a winter away. Not this time. We are so organized (ha ha), only three trips to the storage facility to carry what we need will suffice and our house sitter can ship anything we forget.

The first trip was a reconnaissance mission. I cleverly snapped photos of my refrigerator and kitchen inventory for packing reference: 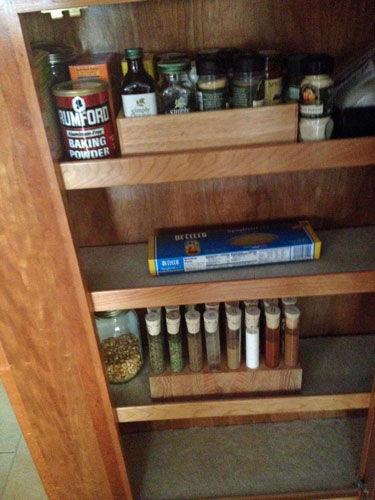 On the way home from visiting the Magna Peregrinus, we drove over to the Oregon Olive Mill and bought a gallon of the good stuff. Hopefully the jug will last until we return to Oregon in the spring. On the way home, we enjoyed another delicious lunch in the heart of Oregon Wine Country at the Dundee Bistro - duck confit salad. 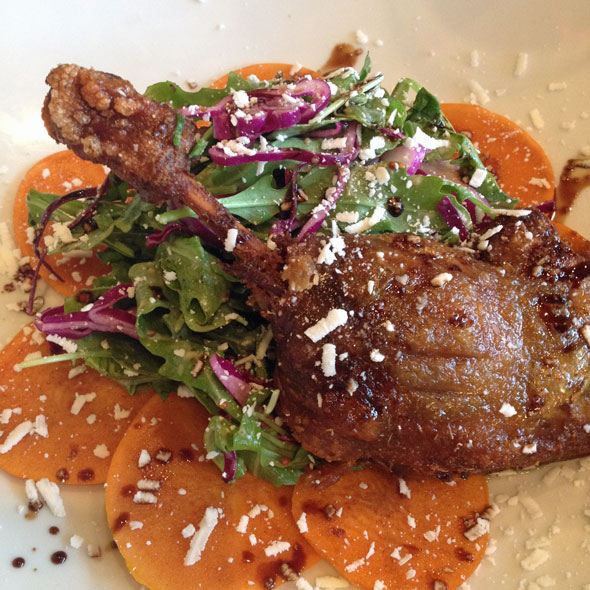 Duck Confit on a bed of greens, goat cheese and sliced persimmons

So that is all that is going on around here - football and packing. Anyone else going to a bowl game? Anyone else heading south?

Until my next update, I remain, your thoughtful correspondent.

« RV Salads On the Road Again »