Indio, California: We have been hanging-low the past few days, as My Driver was under the weather. I am happy to report, he has rallied and even jogged a little bit this morning.

DT could have not timed his illness better - it rained all day yesterday - so was a good day to remain indoors and sleep and read. (Also, Lisa and Leo have completely recovered from their maladies and I knock on something did have not get the germ.)

Good thing Dave was back to "normal" - Jim and Marci were coming over to watch the Ducks v Arizona game this afternoon. I was up early prepping veggies for our "tailgate" munching... while watching the NCAA Cross Country Championships on my iPad. 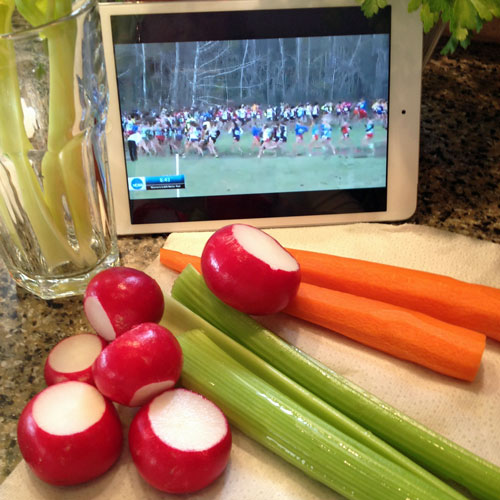 Our friends arrived and we watched a high school team show-up wearing Duck uniforms. Oregon was embarrassed by Arizona! 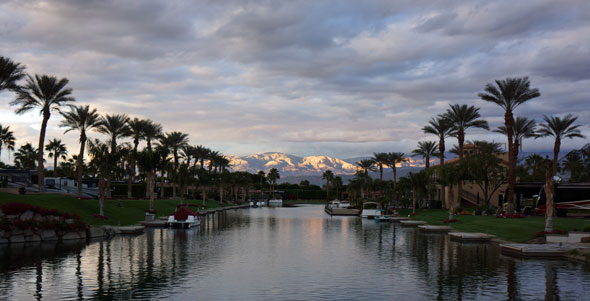 The weather improved. We enjoyed a pretty sunset over Joshua Tree and were able to watch the entire terrible game outdoors - with the screen walls of the shade structure DOWN. 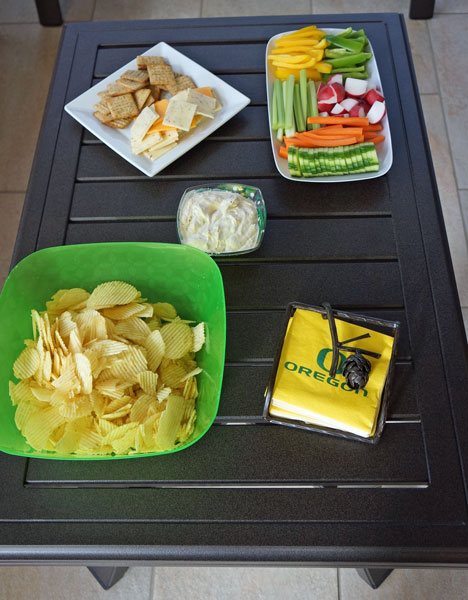 At least we had delicious foods to appease our sad mood. Just in time for your Thanksgiving/Thanksgivukkah table, here is a new dip recipe - Roasted Garlic Dip. 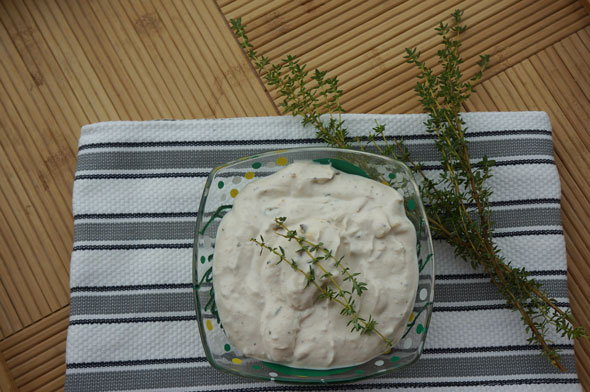 The recipe is (of course) easy and should be made ahead! One less thing to worry about Thursday.

You can thank me later.

I also made this barbequed beef brisket from Debbie Koenig (via The Wednesday Chef) that we served, sliced, in sandwich rolls. One beef brisket, one cup apple cider and one cup of BBQ sauce in a crockpot. Really? Who knew? Keeper.

Wanna see a Little Buckaroo at a birthday party? 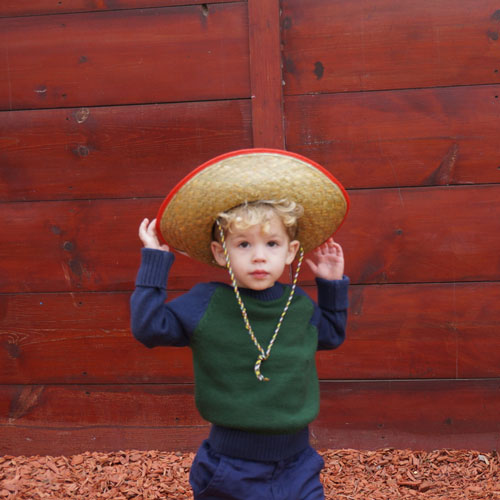 Until my next update, I remain, your roasted correspondent.