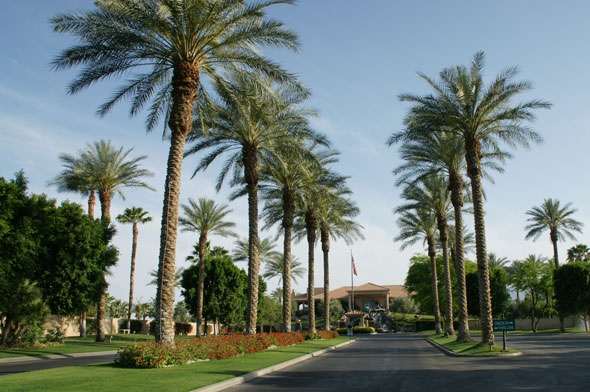 A pretty waterfall just inside the entry gate. 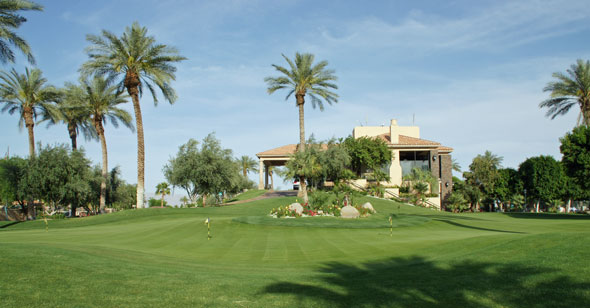 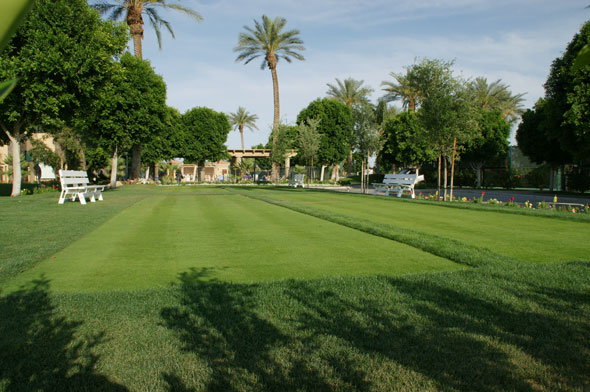 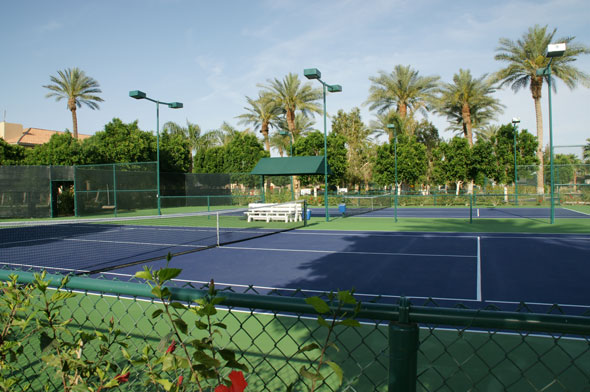 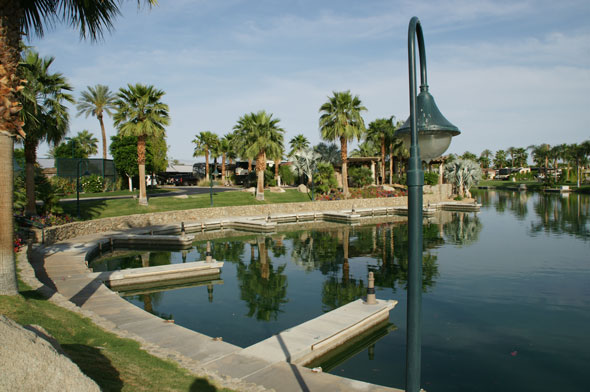 Boat docks outside the restaurant... just in case you feel like sailing to dinner at the club. 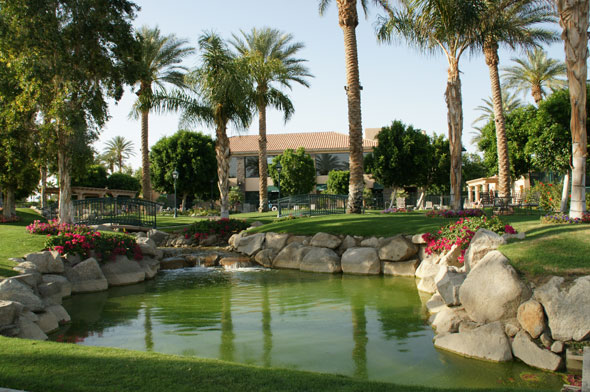 Pretty landscaping and pools, ponds, lakes and streams everywhere. In the middle of the desert. 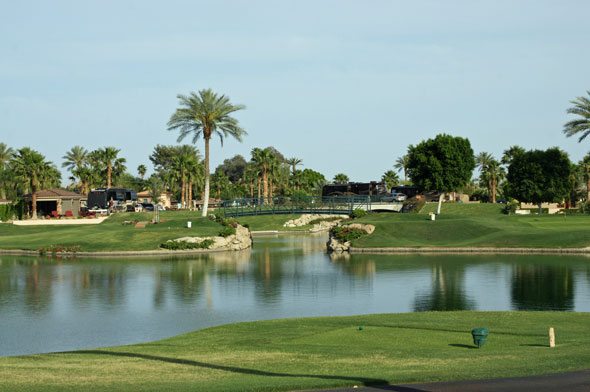 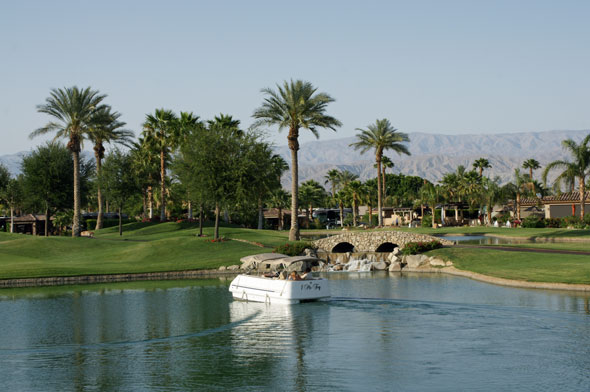 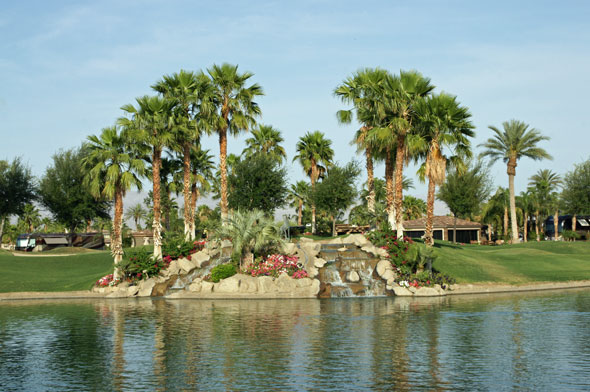 Did I mention the waterfalls? 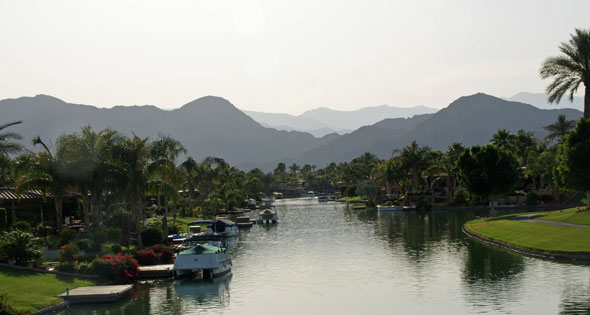 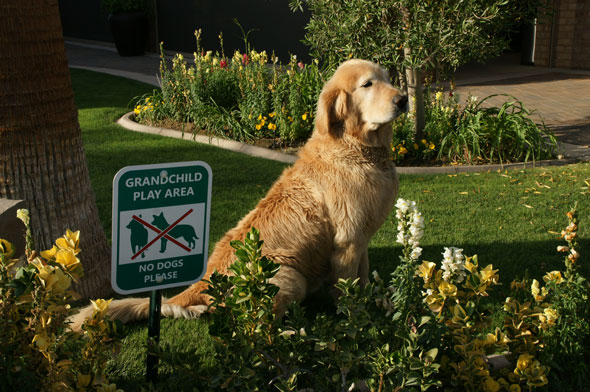 And Rocky - the dog who can't read.

Until my next update, I remain, your "Rocky is a Poser" correspondent.