Indio, California:  Though the Storm of the Century is predicted, it has yet to appear here. Never mind that we had our bus washed and waxed and have taken the car through the car wash. Happily, Governor Brown was too busy keeping children away from cigarettes to worry about the drought in the Coachella Valley this week.

The temperatures were warm, but there was a breeze, so our miles logged jogging this morning were quite pleasant. 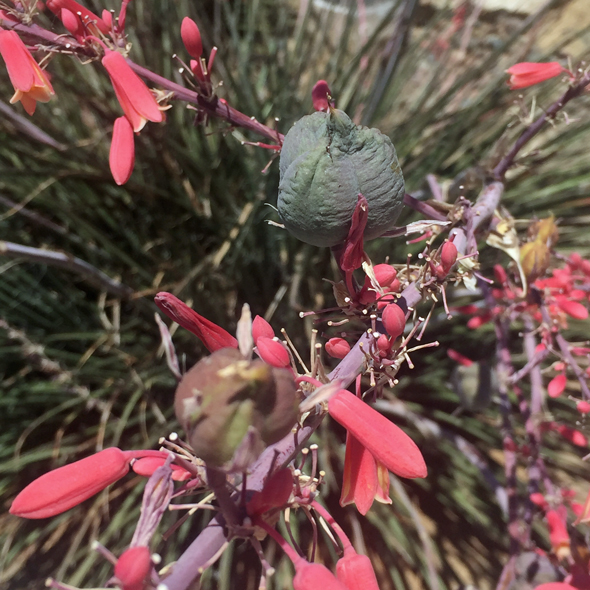 All sorts of strange things are popping-up on the desert plants.
Pods of some sort? Very pretty.

I am listening to an audio book, The Summer Before the War, by Helen Simonson, during my laps this week and am so caught-up in the story I don't want to stop exercising.

But I did. And we went to a late lunch at Tacos Gonzalez with Mary and Captain Jim, and said sad goodbyes to our friends and the entire Gonzalez family. 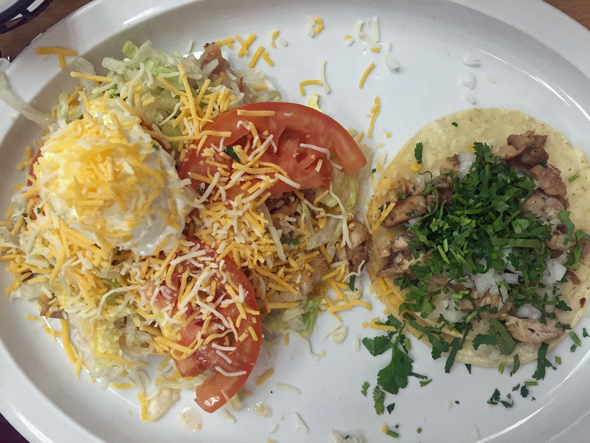 The rest of the afternoon was spent finishing up last-minute organizational chores. We have pretty-much determined it takes one day to set up our pavilion and one day to store it all away. Dishes. Pots and Pans. Glassware.

Though we had Mexican food for lunch, Dave and I have a fairly-recent tradition of patronizing a French restaurant on Cinco de Mayo. Feeling sorry for Napoleon III's army being defeated by the Mexican army in The Battle of Puebla in 1862 - fought because Mexico refused to repay their debt to France!?!? -  we opt for continental delicacies and fine wines, instead of busy crowded noisy Mexican places selling uber-sweet watered-down margaritas on this night. 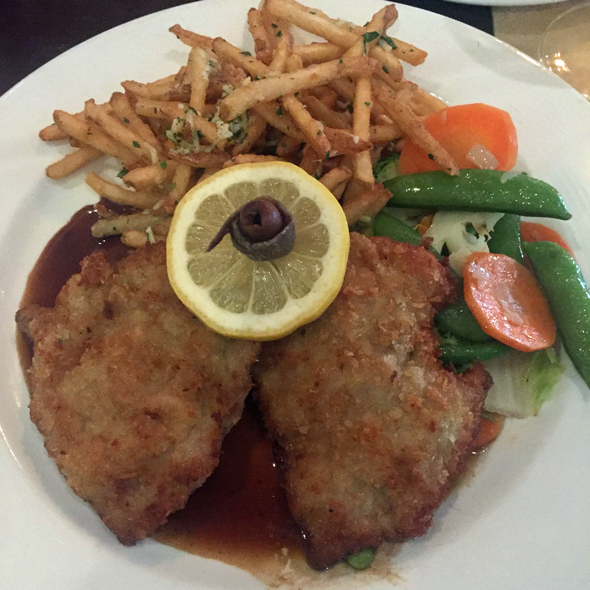 The chef at La Brasserie Bistro (Highway 111 and Washington) is from a French town bordering Germany, so has a few Teutonic dishes on his menu - like Wiener Schnitzel. 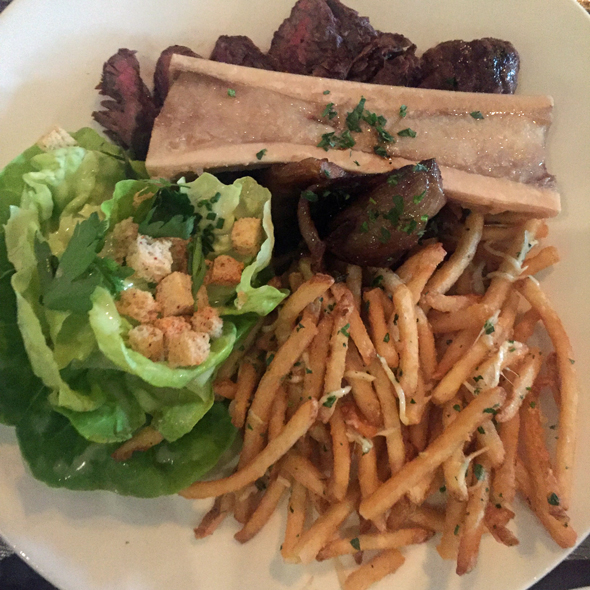 But the Steak Frites is all French, served with a bit of bone marrow. We will miss Silvie and the entire staff at La Brasserie Bistro! 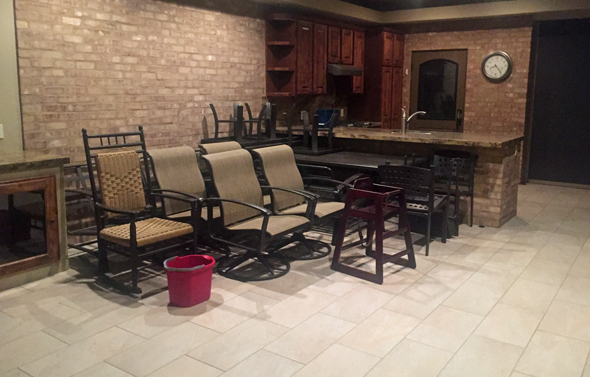 But we are packed up. Organized. Sorted-out. Buckets of water filled throughout our pavilion and inside the casita. Most things are inside the air conditioned casita. The metal furniture will sit under cover in 115-degree shade until our return in the late autumn.

PS: I know it is Cinco de Mayo, but Saturday is the Kentucky Derby. Use my recipe to make mint syrup for delicious Mint Juleps.

Until my next update, I remain, your "all systems are go" correspondent.