Indio, California: With just a few short days until we hit the road north, we are making time to visit with friends and visit our favorite restaurants. We will miss both so much until we return to SoCal in the fall.

More and more RVs roll out of the Motorcoach Country Club every morning. I bet the park is less than 1/4-occupied. People keep commenting that it feels like a ghost town, but it really does feel like a ghost town.

We spent much of Friday with neighbors Lois and Steve (parents to Rocky, the massive Golden Retriever). 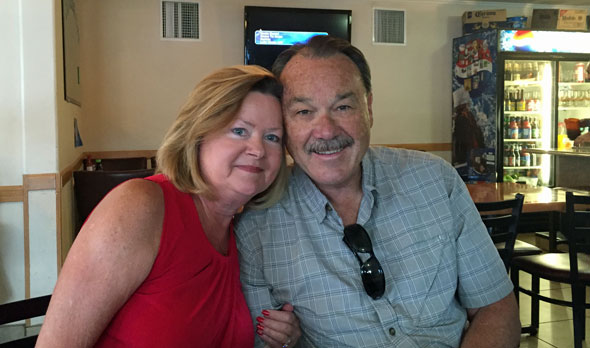 We all went to lunch at El Mexicali Cafe. I've written about this place many times - they celebrate the foods of Mexicali (a Mexican town just over the US border, just south of here), where a huge Chinese population (immigrated to build irrigation canals and rail lines) have made for an interesting cross-culture of foods. A bottle of soy sauce sits on the tables at El Mexicali Cafe, next to the hot sauce. The old cafe also has the extra-special feature of being mere feet from a very busy rail track, so your meal is usually accentuated a few times by a roaring-rumble. We only patronize the classiest places!

The mainstay of the menu are Chiles Gueritos - grilled banana peppers stuffed with shrimp. And not those little pink salad shrimp - chunks of big meaty shrimp. 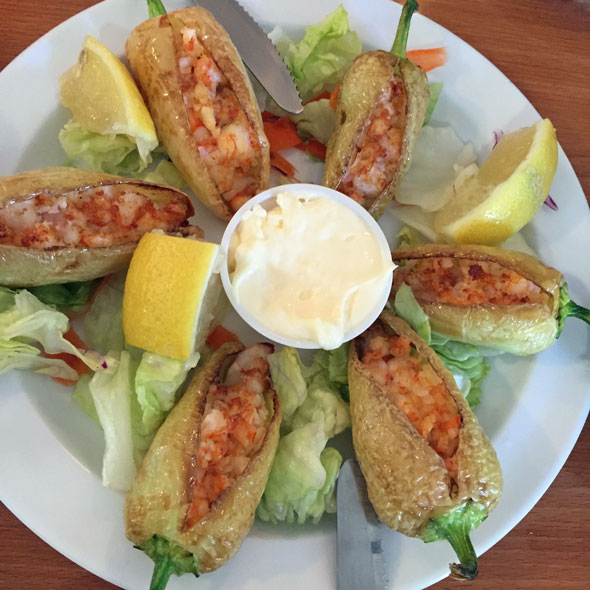 Here's where it gets a little wierd... it is customary to drizzle soy sauce over the stuffing and smear a little mayo over all before eating. (I found a recipe for this dish on the Food Network website, but have never tried them because I am allergic to shellfish.) 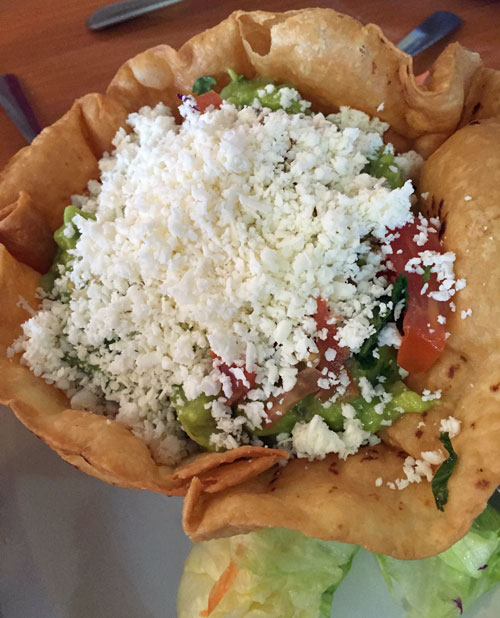 You knew I would order tacos right? At El Mexicali you can get hard-shelled (fried) crispy tacos. I had two chicken tacos a la carte: 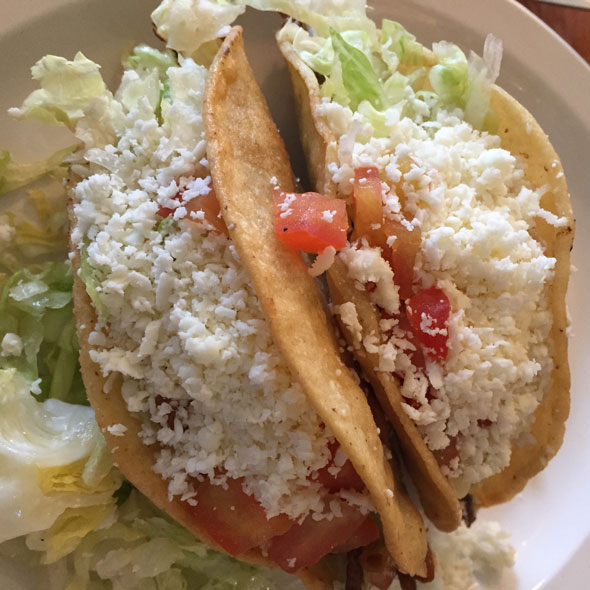 During the "season", the Motorcoach Country Club host Friday Night Club. I suppose it is just a ruse to get members up to the bar on Friday night... but management puts $100 in a pot and draw a lot number every Friday at 6p. If your lot number is drawn - and you are present - you win the money. If no one wins, the club puts another $100 in the pot, so the pot next Friday is $200, and so on and so on. A few years ago, the pot once grew to over $1000 - which is a very easy way to get a bar full of Happy Campers.

The drawing ended for the season a few weeks ago, but one clever camper decided to spread the word for another type of game for tonight (only): Come to the clubhouse at 6p, bring $10 and put your name in the hat for a chance to win the pot. Just when you think this place has turned into a ghost town, suddenly the bar was packed and the purse grew to $570! We did not win. They asked a gentleman to draw a name out of the hat and he drew his own name!

What are the chances?

We stayed at the clubhouse for dinner - again with Lois and Steve. Our table grew to eight with Mary, Captain Jim, Tom and Bill. The restaurant closes for the season Saturday night. The dining room is running on a skeleton crew, with only about ten things on the menu. They are out of many liquors (Tanqueray!), out of many wines, but the atmosphere has not changed. The staff still strive to please. I will miss them all very so very much.

Lois and Steve returned with us after dinner to our dusty patio. Everything has been packed way except the furniture, but we managed to comfortably watch the San Francisco Giants on TV. Rocky joined us. Interesting thing? The temperature only reached 72 today. A one-day cold snap.

We lit the fireplace.

Until my next update, I remain, your three-more-days correspondent.