The Crankiness of the Short-Distance Runner

Los Angeles, California: DT and I drove over to Los Angeles yesterday afternoon to spend the weekend with our family. This was a Big Day in our family history - Leo's first road race - the City Farm Turkey Trot.

Lisa and DT entered the 5k (just over 3 mile) race and jogged together in under 29 minutes. Interestingly enough, when Lisa signed up for the race, she (brain-fart?) entered her Dad in the 48 (instead of 58) year-old bracket. The registrant politely didn't say a thing about Lisa having a 16-year-older father. Not to mention what this ten-year age demotion made on DT's race result. 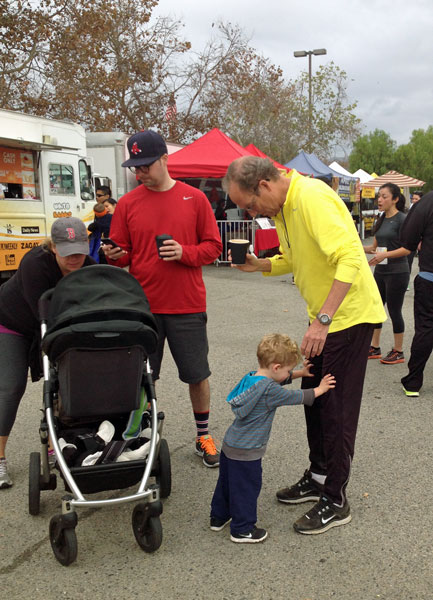 Leo stretched to get ready for his race while his 58 year old Grandpa enjoyed a coffee after his jog. 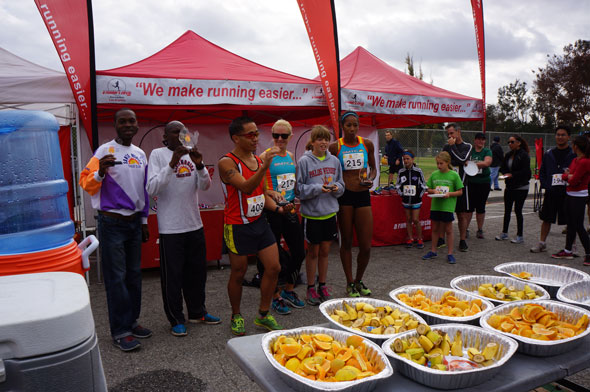 The Santa Monica Track Club had a big presence at the races today. Odd, actually, to see professional runners at a little community event. We all had a big laugh when the novice announcer proclaimed the winner of the men's 10000m race at 21 minutes. What? 21 minutes for a 10k is a World Record by 5+ minutes. The announcer returned to the microphone later to say he was wrong about the 10k time (REALLY???) and it was around 30 minutes.

Next, Leo prepped for his big race. A little yoghurt, a little fruit... then he changed into his racing kit and was ready to take on the crowd of other toddlers. 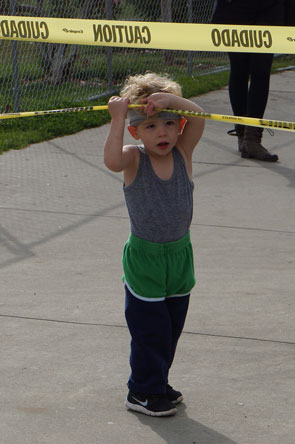 The racers gathered at the starting line (with their parents): 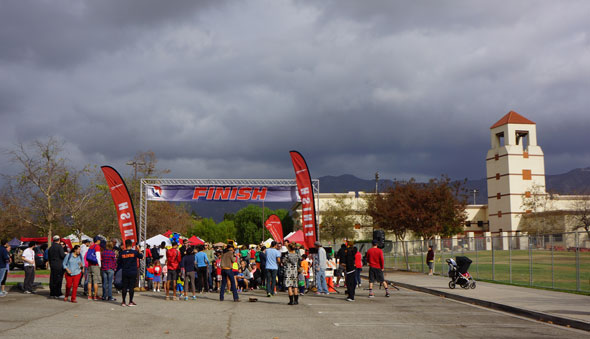 Leo flew out of the gate (with Lisa) and tore down the course. 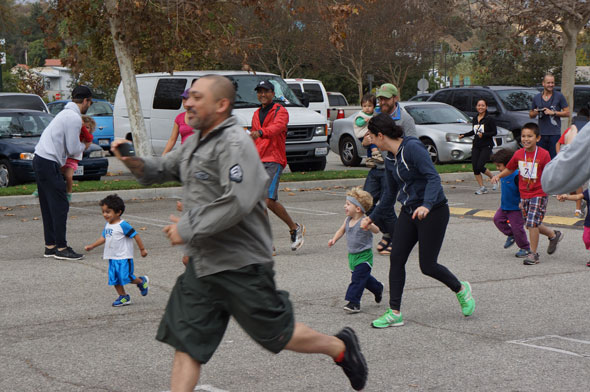 And then it all went horribly wrong. 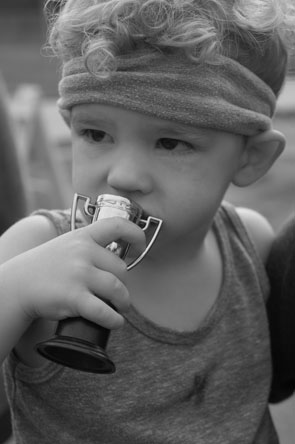 Why oh why is life so cruel?

After the races, we all went to Atwater Village to The Village Bakery & Cafe for a delicious breakfast. The Village is famed for many things - mostly fabulous breads, vegan/vegetarian meals and gluten-free pastries... and now (strangely) their Cronut - a croissant pastry deep-fried like a donut. The Village version is filled with chocolate and also glazed with chocolate. It takes a Village to raise a Cronut... 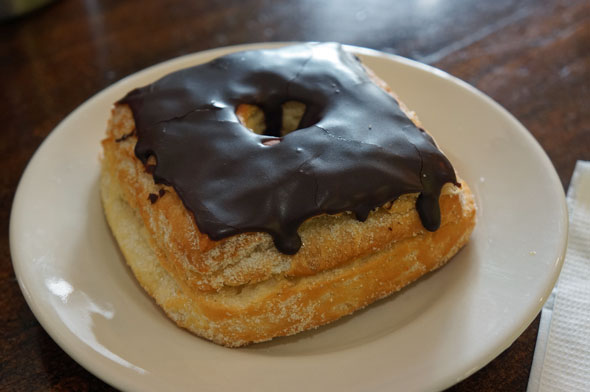 I was a good girl (???) and had the grilled tomato & cheese sandwich with a cup of potato leek soup. 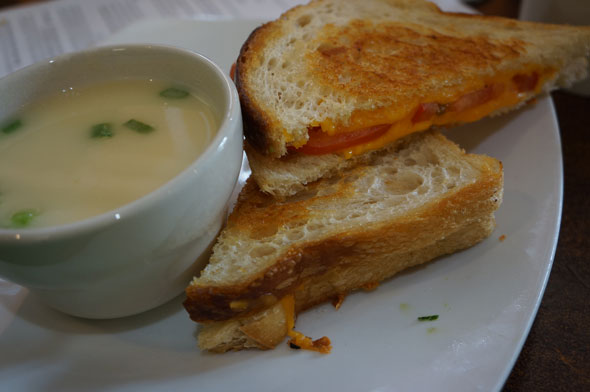 The rest of the day was consumed with watching the Ducks beat Utah and then watching USC beat Stanford... which somehow put the Ducks back in the running.

Like Leo, I am so confused with all these random sporting nuances.

Until my next update, I remain, your Los Angeles correspondent.
« Baked Tuna Tacos »