I have no idea why I punish myself like this... going through old photos of myself, and then actually posting them on the interweb for the entire world to see. The only thing that frees me is knowing you all the same awkward photos in a drawer somewhere in your own house.

Well, some of you anyway.

When I left you the other day, I was a cute little (black & white) curly-haired chubby cherub - the only child of doting parents and spoiled by adoring Grandparents. Ah, the good old days. Then my parents changed my Princess-like existence by producing siblings... two here, and two more later. 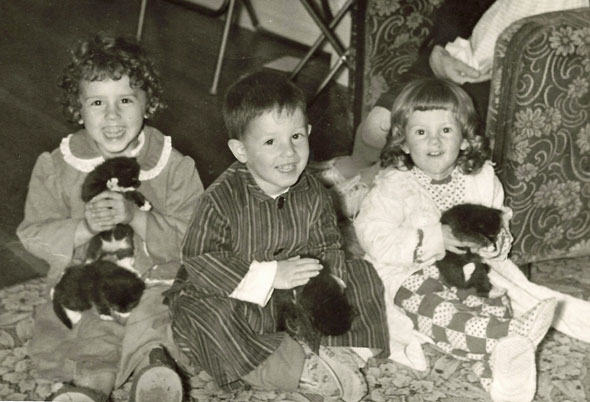 Am I taking my aggressions out squeezing the life out of that poor kitten? 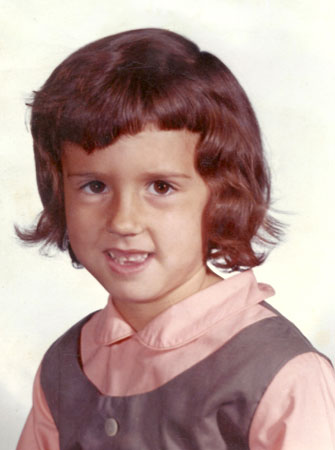 Age 5 (or 6). I was still five when I started first grade. I keep telling myself it was because I was so clever and could already read, that the school administrators allowed me to start early. In reality, I am sure my Mom wanted to get me out of the house all day - she had two toddlers to deal with. I was really small. Short. Teeny. Didn't weigh a thing. All through elementary school, I was always the shortest child in the class. (Oops, I am still usually the shortest person in the room.) 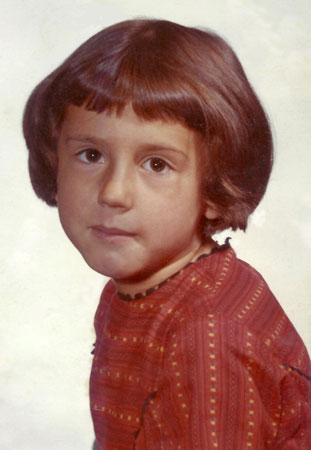 Age 7. Second Grade. My teacher, Miss Campbell, actually lined us up according to height to march down to the lunchroom. Miss Campbell probably had some sort of as-yet-unnamed or yet-discovered disorder like OCD. 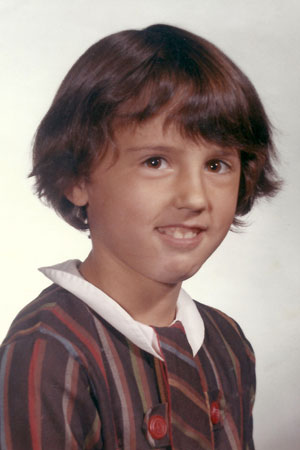 Third Grade, age 8. Looking a little feisty. You would be happy too if you were wearing a clown costume to school. So tanned too.

When I was a kid, we did this thing called "playing outside". I know kids today have never heard of this activity, but we quite enjoyed "playing outside". We had a big back garden with swings and a big tree for climbing. We had bikes, roller skates that clamped-on to our shoes, a Slip-n-Slide and hula-hoops. The kids on our street had free-range over the 'hood - and we didn't have to return home until Daddy came home from work... which conveniently was about the same time we were all starving... and then we all sat down to dinner. Together. The entire family. Dad at one end of the table. Mom at the other. 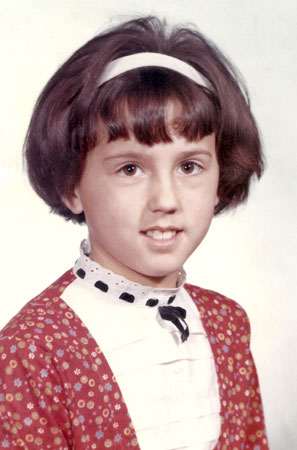 Age 9, 4th Grade. Obviously my Victorian Period. For the first time, I had a male teacher. Which was fine... except he was a friend of my parents and was often at our house. I couldn't get away with much in fourth grade. I was really active in the Girl Scouts - my Mom was the troop leader. 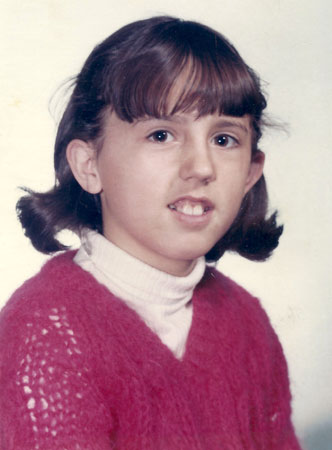 Fifth Grade - Age 10. The ears make an appearance! This was the BEATLE MANIA year. In fifth grade they moved me into the EA Program. For the life of me, I can't recall what EA stood for (the kids called us Educated Apes), but today they call it TAG. Some things never change - I still love to wear turtlenecks under sweaters - but I grew into the ears and the teeth.

Well, that was fun.

Back to the present: tonight DT and I met Mary for pizza. (Steve is in England on business.) Yes, I have just lost 22 pounds and should probably not be eating pizza (or drinking the wine that accompanied the pizza), but I was celebrating. Today I ran four miles. I haven't run 4 miles since I was in college. After my run today, Lance Armstrong hisownself talked to me on my NIKE+ nano-thingy, congratulating me on my "longest distance to date"... insinuating that I was soon to run a longer distance. 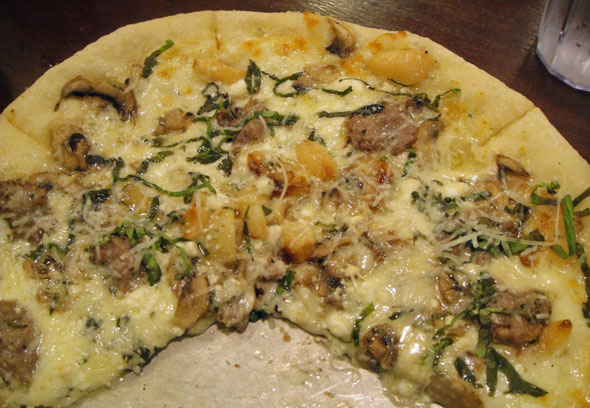 Four Cheese Pizza with Lamb Sausage and Mushroom from Pizzicato 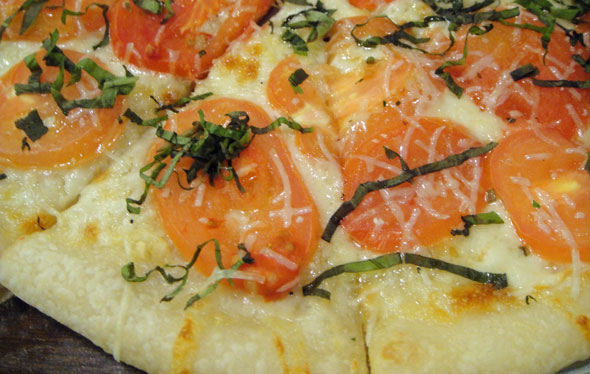 We are truly blessed to live in the Portland, Oregon area. This town is crazy for good, real, organic, locally-grown foods. Pizzicato is just another of our home-grown favorites.

« News Around the Island Quasimodo… »